View of the Hebrews 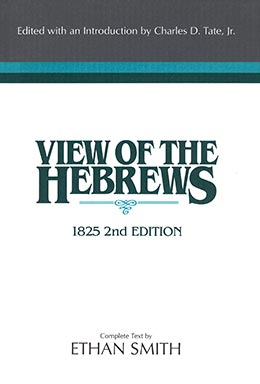 Since the Book of Mormon was first published in 1830, its critics have endeavored to find explanations for it other than the one given by Joseph Smith. Some have suggested that the source for much of the history and theology in the Book of Mormon was an early nineteenth-century book entitled View of the Hebrews, by Ethan Smith. This book is a faithful and accurate reproduction of the 1825 second edition of View of the Hebrews. The intent in publishing it has been to make it available to all interested readers—whether critics, believers in the Book of Mormon, or scholars of early American religious history. This printing reproduces not only the original spelling and punctuation but also, as much as possible, the original layout, typefaces, and type sizes. Readers may find topics of some interest for Latter-day Saint history, but it is clear that they will need to look elsewhere to find the origin of the Book of Mormon.