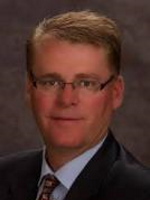 Blair G. Van Dyke was a full-time instructor at the Orem Institute of Religion adjacent to Utah Valley University when this was written. He earned his BA in English literature from BYU in 1989. At that time he was hired to teach in the Church Educational System (CES) of The Church of Jesus Christ of Latter-day Saints. Brother Van Dyke took a Masters of Education degree in 1992, and a Doctor of Educational Philosophy in 1997, both from BYU.

He established the "Literature, Arts, and Letters for Global Understanding" campaign, an ongoing community and educational engagement initiative between educators and students in the United States and the West Bank. He has written a number of articles on biblical culture, history, and texts. Brother Van Dyke met his wife in Jerusalem and was invited to teach at the Jerusalem Center for Near Eastern Studies from 2001 to 2002. He travels annually to the Near East to conduct research and guide travel study tours of the region.