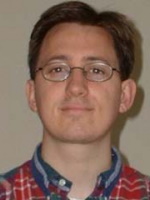 Before receiving his BA in Near Eastern studies from BYU in 2001, Ben Spackman spent a semester in Jerusalem, where he studied Judaism, Islam, and Christianity. He received an MA and did further work toward a PhD in Near Eastern languages and civilizations at the University of Chicago, focusing on philology and Semitic languages such as Arabic, Hebrew, and Aramaic. During his graduate summers, he taught New Testament, Book of Mormon, and biblical Hebrew at BYU. He has taught various courses in a volunteer capacity for the LDS Church Educational System since 2003. Ben has lived in Canada, Minnesota, Utah, Jerusalem, Chicago, France, and Brooklyn.