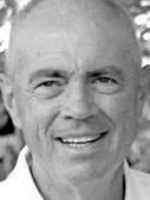 Paul H. Peterson (1941–2007) was a professor emeritus of Church history and doctrine at Brigham Young University. Born in Salt Lake City, Utah, he graduated from Bountiful High School in 1959 and later served an LDS mission to the New Zealand South Mission in 1961–63. He graduated from BYU in 1966 and subsequently earned graduate degrees from that institution. He married Roberta (Bobbie) Rae ZoBell from Raymond, Alberta, Canada, in August 1966 in the Salt Lake Temple. They had five children. Paul spent his entire working life as a teacher in the LDS Church Educational System and for his last twenty-two years taught in Religious Education at BYU. Together with his family, Paul served in the BYU Jerusalem Center for Near Eastern Studies as a teacher and as an administrator. He passed away of cancer on September 3, 2007.