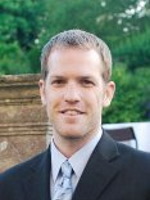 Daniel O. McClellan was a scripture translation supervisor for the LDS Church in Salt Lake City when this was written. Originally from West Virginia, he has lived in Maryland, California, Colorado, Texas, Uruguay, Utah, the United Kingdom, and Washington. He received his bachelor’s degree from Brigham Young University in ancient Near Eastern studies, where he focused on Biblical Hebrew and minored in Classical Greek. He completed a master of studies in Jewish studies at the University of Oxford in July of 2010 and a master of arts in biblical studies at Trinity Western University just outside of Vancouver, BC. His areas of specialization are Second Temple Judaism, early Israelite religion, and textual criticism of the Hebrew Bible.

He was married in May of 2006 and has two daughters.