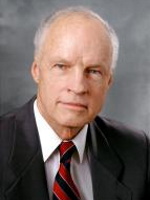 Truman Grant Madsen (1926–2009) was a professor emeritus of religion and philosophy at Brigham Young University and director of the BYU Jerusalem Center for Near Eastern Studies. He was a prolific author, a recognized authority on Joseph Smith, and a popular lecturer among Latter-day Saints. At one point, Madsen was an instructor at the institute of religion in Berkeley, California.

Madsen was born in Salt Lake City, Utah. He was a grandson of Heber J. Grant. Brother Madsen served as a missionary in the New England Mission, with S. Dilworth Young as his mission president. After his marriage and the start of his academic career, he was called in 1961 to serve as president of the New England Mission. He served in this position until he was replaced by Boyd K. Packer in 1965.

Madsen received his PhD from Harvard University. He also studied at the University of Utah and the University of Southern California. Madsen wrote several philosophical theses, including Four Essays on Love. He also wrote a paper Are Christians Mormon? as well as a biography of B. H. Roberts.

While at BYU, Madsen held the Richard L. Evans Chair of Religious Understanding for over twenty years. Madsen most recently served in the LDS Church as the patriarch of the Provo Utah Sharon East Stake. After battling with cancer for a year, he passed away on 28 May 2009.