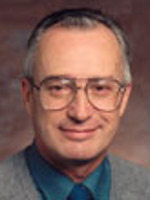 Wilfred Griggs is a professor emeritus of ancient scripture at Brigham Young University and the former director of the BYU Egypt Excavation Project. He received degrees from BYU, Stanford, and the University of Calfornia in Berkeley. In 1975–76 he was part of a team doing excavations at the Nag Hammadi site in Egypt for UC Berkeley. From January to March 1981 he was the field director of the joint BYU and UC Berkeley excavation at Seila, Fayum, Egypt. In 1994 he was invited by the government of the Autonomous Republic of the Crimea to do excavations at ancient Greek sites on the Crimea. Griggs and his wife are the parents of seven children.