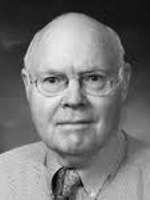 Arnold H. Green was a history professor at Brigham Young University who specializes in modern Middle Eastern history, especially the era of the end of colonialism in North Africa, when this was written. Brother Green earned his associate's degree from Citrus College and his bachelor's degree from California State University at Los Angeles. Brother Green received his MA in history at BYU, where he had Hugh Nibley as his thesis advisor. He did his master's thesis on early Jewish converts to the LDS Church. Brother Green received his PhD from the University of California, Los Angeles. He then was a Fulbright Scholar in Yemen. He taught at the University of Miami and then at the American University in Cairo. While in Cairo, he was director of the center for Arabic Studies.

Brother Green has been a member of the BYU faculty since 1985. He has served as the head of the BYU Jerusalem Center and as chair of the BYU history department. In the LDS Church Brother Green has served in many callings, including as a branch president and a Sunday School president. Besides studies of North Africa and the Middle East, especially their intellectual history, Brother Green has also studied the use of supposed similarities to Islam used to attack the Latter-day Saints in nineteenth-century American thought.