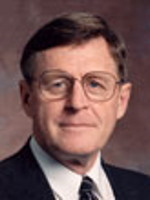 Dr. Flake earned his master's and doctorate degrees from BYU in religious education and has served as a teacher for nearly four decades in Utah, New York, Montana, and Washington, DC. He has given numerous lectures, traveled extensively abroad, and taught in the Jerusalem Center. He has written numerous articles and five books, the latest of which is called Prophets and Apostles of the Last Dispensation. He served as president of the Missouri Independence Mission and as a regional representative. He and his wife, Elaine, have eight children.