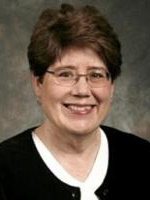 Donna Lee Bowen is an American political scientist who specializes in studies of family policy in the Middle East. She was a professor of political science at Brigham Young University when this was written, where she was also an affiliated faculty member of the Women's Studies Program. Bowen holds a bachelor's degree in political science from the University of Utah and an MA and PhD in Near Eastern Languages and Civilizations from the University of Chicago. Bowen edited​ Everyday Life in the Contemporary Middle East with Evelyn A. Early. She has authored a book entitled Family Planning, Islam, and the State. Her most cited article is "Abortion, Islam, and the 1994 Cairo Population Conference," published in the International Journal of Middle East Studies, vol. 29, issue 2, May 1997. She has written many articles, such as "What is the Relationship of Inequity in Family Law and Violence Against Women?" with Valerie M. Hudson, published in 2011 in the journal Politics and Gender. The American Institute for Maghrib Studies has a graduate student travel award named after Bowen.