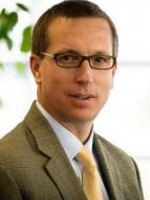 Brian D. Birch was the director of the Religious Studies Program and Center for the Study of Ethics at Utah Valley University, where he taught philosophy or religion, ethics, and Mormon studies when this was written. He was the founding editor of Element: The Journal of the Society for Mormon Philosophy and Theology and coeditor of the Perspectives on Mormon Theology series. His recent projects include The Expanded Canon: Mormonism and Sacred Texts. He has served on the board of trustees of the Parliament of the World's Religions and Dialogue: A Journal of Mormon Thought.