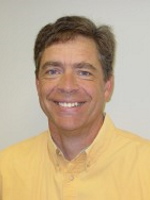 Dr. Archibald received a BS degree in mathematics from BYU in 1981 and MS and PhD degrees in computer science from the University of Washington in 1983 and 1987 respectively. He has been with BYU's Electrical and Computer Engineering Department since 1987. From 1994 to 1995 he was a visiting professor at the Swiss Federal Institute of Technology in Zurich. Dr. Archibald's current research interests are in the areas of real-time computer vision systems and autonomous agents. He is a member of the ACM and Phi Kappa Phi and a senior member of the IEEE.