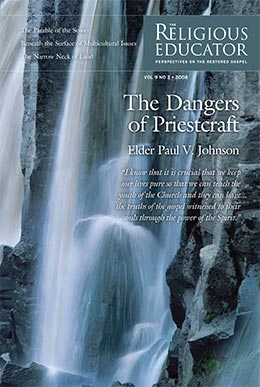 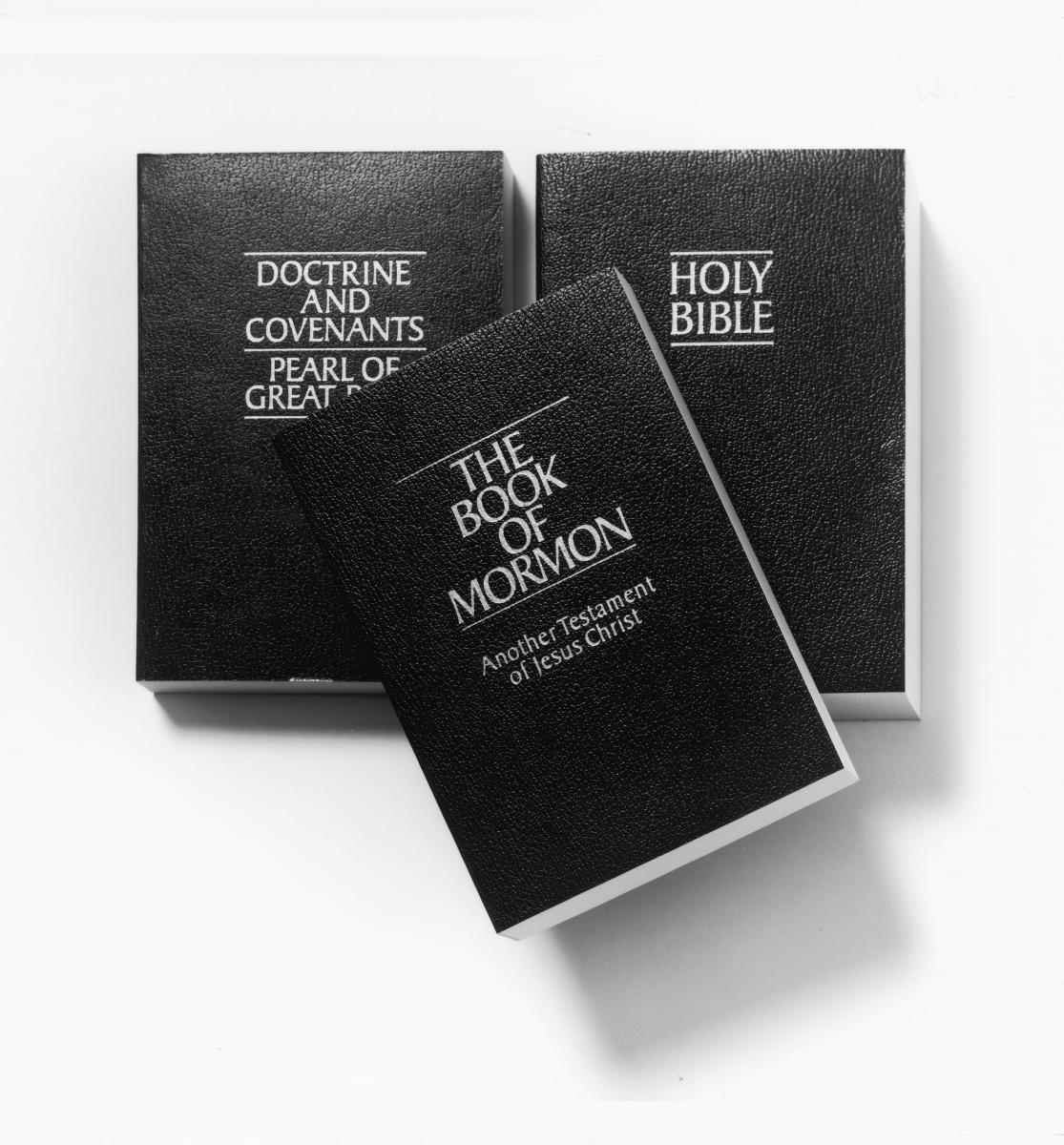 Finding scriptural conversion factors in one key to finding Christ in the scriptures. Intellectual Reserve, Inc.

In 1978 I received a PhD in organic chemistry from the University of Utah. Many years and much effort were required to obtain this degree. However, as early as high school, I learned an important concept that applies to all the physical sciences: conversion factors.

Perhaps you remember Robert Fulghum’s “All I Really Need to Know I Learned in Kindergarten.” Kindergarten is the time to learn about sharing, honesty, friendships, and rules—things that are absolutely essential to function in society, no matter how old or how educated you eventually become. Similarly, conversion factors are absolutely essential to function in the world of the physical sciences no matter how much other knowledge you eventually obtain.

So what are conversion factors? They are constant values that enable a number measured in one unit to be converted into the same value in a different unit. For example, a football field is one hundred yards long; the unit of distance is yards. Now suppose somebody needed to know how long a football field is in meters. Using a series of common conversion factors, we can calculate:

Two important questions to ask whenever doing a calculation with conversion factors are these: (1) did all the units cancel out to the desired units? and (2) does the final answer make sense? In this football field example, first notice how the yards, and then the feet, inches, and centimeters are all canceled out until only meters are left, the desired unit for the final result. Second, notice that the final answer makes sense when you consider the relationship between yards and meters. Since a meter is just a little longer than a yard, it makes sense that 91.44 meters is the same as 100 yards.

There are three important rules to follow when using conversion factors for the physical sciences: (1) All measured numbers have units. For example, even if the distance units are not explicitly expressed when somebody’s height is said to be “five ten–,” it must be understood that person’s height is really 5 feet and 10 inches. (2) Units = units. In other words, the left- and right-hand sides of the equation must agree with each other. And (3), metric system units (kilograms instead of pounds, and meters instead of feet) are the required standard for all scientific calculations.

I have discovered three corresponding rules for the scriptures which lead to some insights for gospel study. Finding scriptural conversion factors is one key to finding Christ in the scriptures. As Christ Himself commanded, “Search the scriptures; for in them ye think ye have eternal life: and they [the scriptures] are they which testify of me” (John 5:39).

Alma’s confrontation with the unbelieving Korihor illustrates this concept. Korihor denied Christ and contended that Alma could not know that there shall be a Christ. Alma responded with the assertion that the scriptures and the whole earth testify of Christ:

Behold, I know that thou believest, but thou art possessed with a lying spirit, and ye have put off the Spirit of God that it may have no place in you; but the devil has power over you, and he doth carry you about, working devices that he may destroy the children of God.

And now Korihor said unto Alma: If thou wilt show me a sign, that I may be convinced that there is a God, yea, show unto me that he hath power, and then will I be convinced of the truth of thy words.

But Alma said unto him: Thou hast had signs enough; will ye tempt your God? Will ye say, Show unto me a sign, when ye have the testimony of all these thy brethren, and also all the holy prophets? The scriptures are laid before thee, yea, and all things denote there is a God; yea, even the earth, and all things that are upon the face of it, yea, and its motion, yea, and also all the planets which move in their regular form do witness that there is a Supreme Creator. (Alma 30:41–44)

Symbols are powerful tools to teach about Christ, and scriptural conversion factors can be symbols. There are many symbols employed for Christ. He is the Bread, the Living Water, the Light, and the Rock, to mention just a few. These symbols and analogies, in their likenesses, point us to Christ and bear record of Him. By writing and remembering the symbol as a scriptural conversion factor—for example, Living Water = Christ—even some of the more difficult passages to study can take on more significant meaning. For example, take this one from Ezekiel: “And it shall come to pass, that every thing that liveth, which moveth, whithersoever the rivers shall come, shall live: and there shall be a very great multitude of fish, because these waters shall come thither: for they shall be healed; and every thing shall live whither the river cometh” (Ezekiel 47:9). By converting rivers to Living Water, and knowing that Living Water = Christ, the passage is changed from a mere description of water bringing life to a desert area into a testimony of the healing and life-giving power of Christ.

Scriptural conversion factors can also be things that are not exactly symbols. People, prophets, parables, stories, names, titles, characteristics, concepts, and attributes can be scriptural conversion factors. In fact, conversion factors are so abundant in the scriptures that we often fail to recognize them for what they are. They are apparent in the English expressions of to be—which in its forms am, art, is, and are—renames the subject with an equivalent term. To be in this context can be replaced with =. Consider replacing the word is with an equal sign in the frequently quoted “this is my work and my glory—to bring to pass the immortality and eternal life of man” (Moses 1:39; emphasis added), and you will notice that the result looks like a conversion factor:

my work and my glory = the immortality and eternal life of man.

2. I Am = I Am. The verb to be as noted above, appears to be a good clue for finding scriptural conversion factors. I admit to a longtime curiosity about the Lord’s response when Moses asked God’s name: “And Moses said unto God, Behold, when I come unto the children of Israel, and shall say unto them, The God of your fathers hath sent me unto you; and they shall say to me, What is his name? what shall I say unto them? And God said unto Moses, I AM THAT I AM: and he said, Thus shalt thou say unto the children of Israel, I AM hath sent me unto you” (Exodus 3:13–14).

I believe that having I Am = God’s name opens up a world of possibilities. With this name and concept, it is easier to see how all things do testify of Christ—which was rule 1. I Am becomes equal to anything we put on the other side of the equation.

3. Standard works (the scriptures) must be used. Similar to how the metric system units need to be the standard for scientific calculations, the standard units established and provided for gospel study are known as the standard works, and this list includes the Old and New Testaments, the Book of Mormon, the Doctrine and Covenants, and the Pearl of Great Price.

Nothing is necessarily wrong with appropriate use of other sources like magazines, articles, talks, books, and manuals; it is simply an essential reality that everything, without exception, must eventually conform to the established standard which God has provided through His prophets. I rejoice that the continuing focus in gospel doctrine, seminary, and institute classes throughout the worldwide Church is an annual rotation among the standard works.

The prophet Alma showed that he understood the purpose of the scriptures and the power that the scriptures themselves have in the conversion process: “And this he [Alma] did that he himself might go forth among his people, or among the people of Nephi, that he might preach the word of God unto them, to stir them up in remembrance of their duty, and that he might pull down, by the word of God, all the pride and craftiness and all the contentions which were among his people, seeing no way that he might reclaim them save it were in bearing down in pure testimony against them” (Alma 4:19; emphasis added). President Boyd K. Packer reemphasized the scriptures’ importance: “True doctrine, understood, changes attitudes and behavior. The study of the doctrines of the gospel will improve behavior quicker than a study of behavior will improve behavior.”[1] And the standard works are provided to learn true doctrine. Again this innate feature of the scriptures is described in Alma’s record: “And now, as the preaching of the word had a great tendency to lead the people to do that which was just—yea, it had had more powerful effect upon the minds of the people than the sword, or anything else, which had happened unto them—therefore Alma thought it was expedient that they should try the virtue of the word of God” (Alma 31:5).

A seminary-class exercise that I enjoyed very much was to note in how many ways prophets’ lives could be considered types of Christ’s life. Abraham’s willing sacrifice of Isaac is a classic example of this concept. Oftentimes the scriptures themselves explain what is equivalent to I Am. For example, consider what the scriptures say about the example of the prophet Jonah: “For as Jonas was three days and three nights in the whale’s belly; so shall the Son of man be three days and three nights in the heart of the earth” (Matthew 12:40); and, “For as Jonas was a sign unto the Ninevites, so shall also the Son of man be to this generation” (Luke 11:30). Both sides of the equation agree with each other when written like this:

These equations show that the intent of the record describing Jonah and the whale is really to testify of Christ.

Once you think you might have received an insight with the use of a scriptural conversion factor, do not forget to apply the two questions mentioned above: (1) Do all the units cancel out to the desired units? Or in other words, do the scriptures themselves give a clue about the desired units and end result? In the example of Jonah and the whale, the Lord Himself indicated that the desired outcome was to be a sign in recognition of Himself. (2) Does the final answer make sense? In the example of the Good Samaritan, having the Good Samaritan represent Christ does make sense when viewed in answer to the lawyer’s original question. Like the appropriate use of symbols, an appropriate interpretation for a particular scriptural conversion factor will not be isolated in just one verse. An answer that makes sense will apply to many verses, will be repeated in many locations, and will be consistent with the entire scriptural text.

The word conversion is often defined and associated with the missionary concept of accepting baptism and joining the Church. A convert is one who has been changed from one belief to another. May each of us learn to apply scriptural conversion factors to study the scriptures. This might change what initially seems to be an interesting story, like Jonah and the whale or the Good Samaritan, into a testimony that converts each of us to Christ.