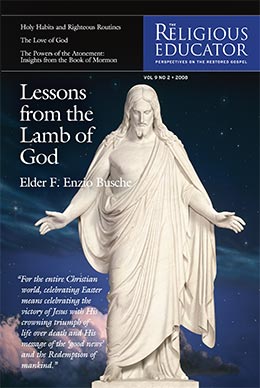 “Arise and Shine Forth”: Heeding the Call to Serve

Jack L. Rushton (jrushton321@ca.rr.com) was a retired institute director in the California South Area when this was written. 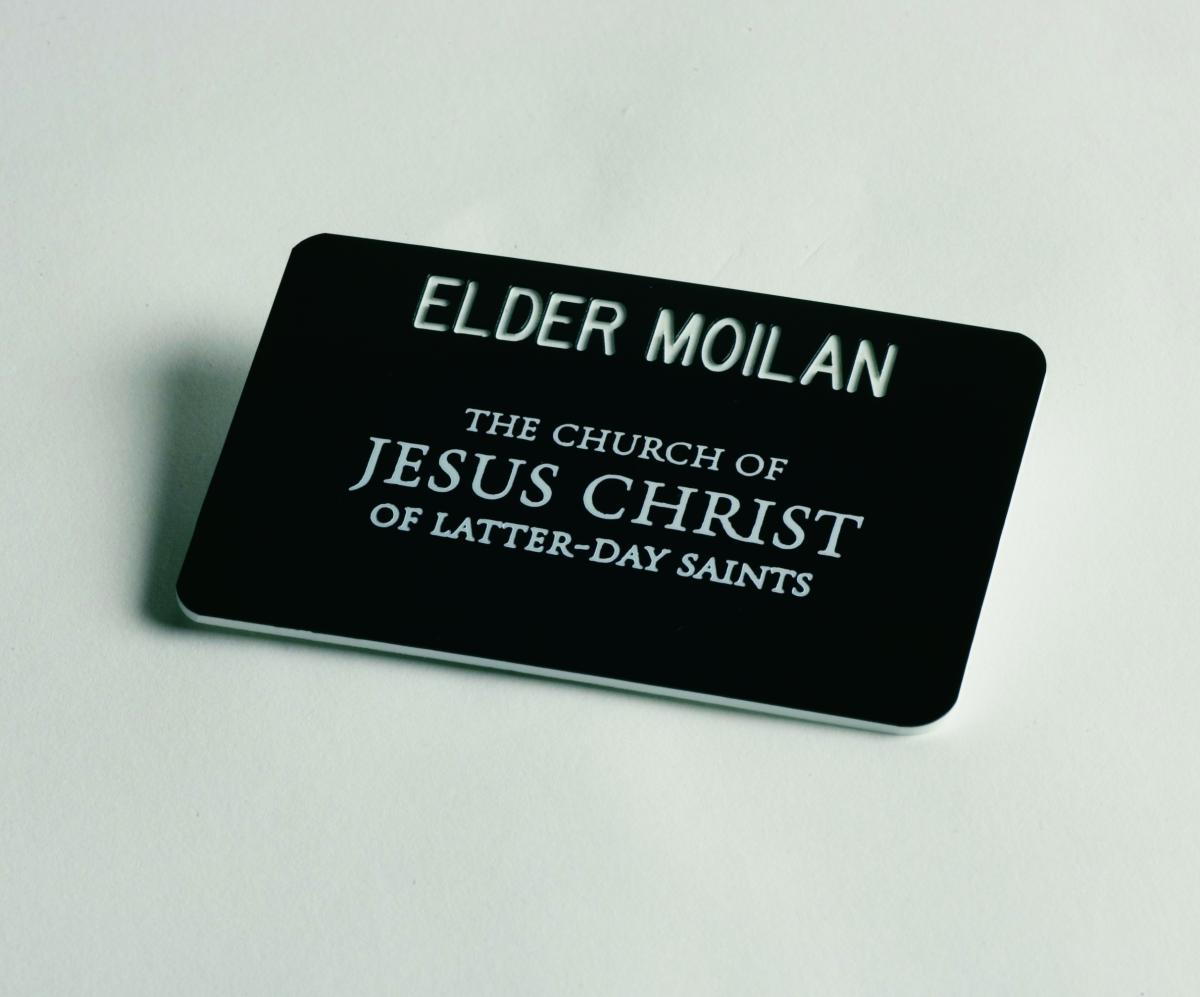 Church members are the seed of Abraham and have a covenant duty to share the gospel. Intellectual Reserve, Inc.

As Elder David A. Bednar taught, Church members are the seed of Abraham and have a covenant duty to share the gospel with the world.[1] As sons and daughters of Abraham, it is our foreordained mission to “arise and shine forth” (D&C 115:5), preaching the gospel to the nations of the earth.

Hoping to inspire a rising generation of missionaries, I will share a few experiences from my mission to Central America. Serving the Lord as a missionary was the watershed event in my life. In the mission field, I discovered the power of the word of God as contained in the scriptures. Beginning then, and continuing throughout my life, the scriptures have truly been an iron rod connecting me to the love of God as manifested through His Beloved Son, Jesus Christ. The greatest desire of my heart is that my posterity will accept their call to serve when it comes and to arise and shine forth, reaping the same benefits and blessings that have been mine.

I was blessed to serve a mission in Central America when it was very much a pioneering effort. While I served in Central America, the missionaries were the branch presidents and district presidents and they even did work with the auxiliary organizations. Our goal was to baptize men, confer the priesthood upon them, and train them to become leaders as quickly as possible. Incredible as it may seem, every branch I worked in (each with less than a hundred members then) is now a stake of Zion.

In the year 1959, my first full year as a missionary, only about three hundred people were baptized in all of Central America. However, in 1960 over one thousand converts were baptized, the beginning of a volcanic eruption of conversion. From then on, the growth of the Church in Central America began to accelerate rapidly, almost unbelievably so.

The mission leaders had not yet developed appropriate medical practices, and sickness was a serious problem faced by most missionaries. Yellow jaundice, parasites, and seemingly unending bouts with dysentery were some of the health problems many elders and sisters experienced during the late 1950s and early 1960s. Living conditions for the most part were primitive, and overall it was a unique, challenging, and interesting time to serve a mission in Central America.

When Elder Harold B. Lee and his wife came to the mission in 1960, he said that if somebody were to ask him whether he enjoyed his trip to Central America, he would say no. However, if they were to ask him if it had been an exciting, challenging, and spiritually rewarding experience, he would answer with an emphatic yes.

One unforgettable contact was Gloria de Alvarado of Guatemala City, Guatemala. My companion, Elder Lynn Jensen, along with another young elder he was working with that significant day, had found Gloria and her family as they were knocking on doors in Zone 9 in Guatemala City.

When I was new in the country and unable to speak Spanish, Elder Jensen took me to the Alvarado home the next day so the family could be taught. Forty-six years later I can still remember the smile and shining face of this twenty-five-year-old wife and mother as she was standing in front of her home waiting for the elders to arrive.

She and the man she was living with had four little children, and all four children were under the age of eight. The oldest girl had suffered from polio and was not physically very strong, but the other three children were strong and healthy. We taught the entire family, and it was evident after the first discussion that Gloria wanted to be baptized immediately. The man she was living with was not quite as receptive but soon agreed to go with us and Gloria to a government building in downtown Guatemala City to be married. Without their marriage there could be no baptism. They were married November 27, 1960, with Elder Jensen and I serving as witnesses. Gloria was baptized the next evening, and her husband was baptized several months later. By that time, Elder Jensen and I had both left the city.

During the next month, Gloria was responsible for bringing twenty-two of her friends and neighbors into the Church. I had some contact with Sister Alvarado for the next few months until my mission was completed and I flew home to the United States. I then had no contact with the Alvarado family for almost thirty years, although I thought of them often and wondered what had become of them.

Many years later my youngest son, John, was called to serve a mission in Guatemala. During his mission he was called to serve in the ward where the Alvarado family lived. They were as thrilled to meet my son as my son was to meet a family his father had baptized so many years ago. Gloria and her husband now had eight children, six of them had served full-time missions, and five or six had been married in the temple. Her son Eduardo, then a two-year-old boy I used to carry to church in my arms, was now serving as a bishop in Guatemala City. As a young man he was called on a full-time mission to teach the Mayans in their native tongue in the highlands of Guatemala.

Eduardo and I have been writing letters and e-mails to one another for some time now. He has served in a stake presidency and is currently serving his third term as bishop. He owns his own business and is very successful in life. Brother Alvarado, the father, passed away last year as did Eduardo’s beloved younger brother, Abinadi. I have lost count of the number of Gloria’s grandsons who have served missions, but the number is large.

Eduardo calls me several times each year from Guatemala City. It is very humbling to talk to him because he feels he owes me such a debt of gratitude for bringing his mom and dad into the Church so many years ago. Truthfully, any elder who happened to stumble upon Gloria de Alvarado would have baptized her, but I will be forever grateful that Elder Jensen and I had the incredible opportunity of teaching this special woman and her family.

Eduardo sent the following e-mail, which tells about Gloria as a seventy-four-year-old woman:

I cordially greet you, hoping to find you and your beloved wife very well. We are all well here. Yesterday we enjoyed the conferences of the Church and also the sessions on Saturday. I am a little tired but appreciate greatly what the prophets taught us. I must tell you that my mother never gets tired of doing missionary work. She is always inviting people to come to Church, taking advantage of every opportunity such as stake conferences, ward conferences, or general conferences, to bring some invited nonmember with her. My mother is untiring in speaking to anybody she encounters in her path about the Church. She has no fear speaking about the Church with anybody. She is always teaching someone, even the doctors, every time she goes to the hospital.

Some months ago a doctor who had treated her knee prohibited her from walking much and told her it would be better if she did not leave the house. She told him that every week she went to the temple and had to walk in order to do so. The doctor then told her that it was not worth the pain it was causing her to continue doing this. However, she continues attending the temple two times each week, and her knee feels very good as she does so.

A few days ago a brother in the Church by the name of Domingo Miguel López passed away. He was an evangelical pastor from 1971 to 1972. During these two years he was our neighbor. One day my mother decided to invite him to a “Mormon night” in our home. He accepted the invitation and in twenty days, more or less, he left his Church and was baptized in The Church of Jesus Christ of Latter-day Saints. This brother had eight children who were also baptized, but only two of them served missions. However, he has had ten grandsons who have served missions; it is a very big family. Very soon another nephew, the son of my oldest brother, will be serving a mission in El Salvador—the El Salvador East Mission.

As I think of Gloria de Alvarado, I am quite embarrassed as I realize that she has undoubtedly been a better missionary than I have over the past forty-six years. On the other hand, I think of the hundreds of people who have now come into the Church because two elders had enough faith to accept a mission call and then go knocking on doors in a strange city, not even knowing how to speak the people’s language. Of course, the story will go on forever. Eduardo is an avid genealogist and has done great work in identifying his ancestors and making sure their work has been done in the Guatemala City Temple.

I returned from my missionary labors in May of 1961. My mission was the defining experience of my life. Because of it, I would never be the same person again. I entered the mission field as a naive boy from a little mining town in Nevada. I didn’t know the scriptures, the gospel, or the Lord, but thankfully I did have sufficient faith to accept the call. In the mission field, my faith in Heavenly Father and Christ began to grow and deepen. I returned home with an expanded vision of life and its possibilities as well as the knowledge that I was capable of doing things I had previously thought impossible.

Because of my mission, I pursued a career as a seminary and institute teacher. I brought home with me such a desire to search the scriptures and teach others, especially the youth, that no other career could have satisfied that fire that continues to burn in my soul.

In an eternal sense, what is the worth of a soul? I’m not sure we can comprehend that with our finite and mortal minds. The Lord said in Doctrine and Covenants 18:15, “And if it so be that you should labor all your days in crying repentance unto this people, and bring, save it be one soul unto me, how great shall be your joy with him in the kingdom of my Father!” I believe these words apply to me personally. I know for a fact that one of the souls I brought unto Christ as a result of crying repentance to the people of Central America was mine. How great is my joy as a result of my mission experience!