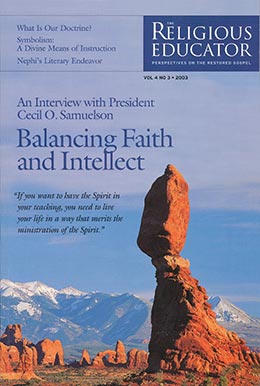 Michael D. Taylor,M.D., was an anesthesiologist at Provo (Utah) Surgical Center when this was written. 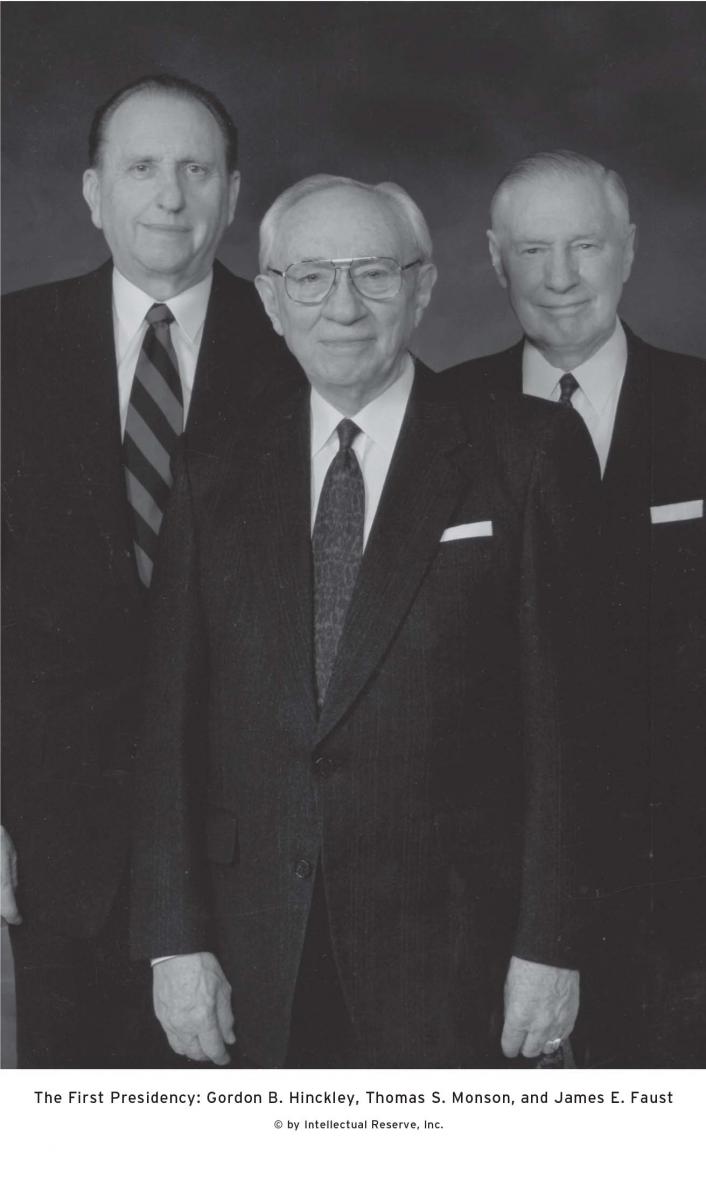 How blessed we are as members of The Church of Jesus Christ of Latter-day Saints to be led and instructed by inspired prophets, seers, and revelators—men who have been groomed and tutored by the Lord over many years of devoted service to the kingdom of God. The extended periods of time that our apostles and prophets serve ensure that our leaders are well schooled and seasoned in the ways of the Lord, and that they are firmly rooted in the doctrine of the Lord and “in the nurture and admonition of the Lord” (Enos 1:1).

Some express concern that the President of the Church is likely always to be a rather elderly man, to which my response is, “What a blessing!” The work in this dispensation was first put in place through the instrumentality of the Prophet Joseph Smith. He was at the time young and vigorous, one whose mind was not set in the traditions of his day. His was a youthful mind which the Lord could mold as fresh, moist clay as he initiated the work.

Joseph’s successor was relatively young when he was faced with the terrible responsibility of leading an entire people across the wilderness to pioneer a new land.

But the basics of our doctrine are now well in place, and we are firmly established as a people, at least until the Lord should mandate another move. We do not need innovation. We need devotion in adherence to divinely spoken principles. We need loyalty to our leader, whom God has appointed. . . .

To my mind there is something tremendously reassuring in knowing that for the foreseeable future we shall have a President who has been disciplined and schooled, tried and tested, whose fidelity to the work and whose integrity in the cause have been tempered in the forge of service, whose faith has matured, and whose nearness to God has been cultivated over a period of many years. [1]

President Spencer W. Kimball reassured us that the Lord is in control of the leadership of His Church: “Full provision has been made by our Lord for changes. . . . Since the death of his servants is in the power and control of the Lord, he permits to come to the first place only the one who is destined to take that leadership. Death and life become the controlling factors.”[2] 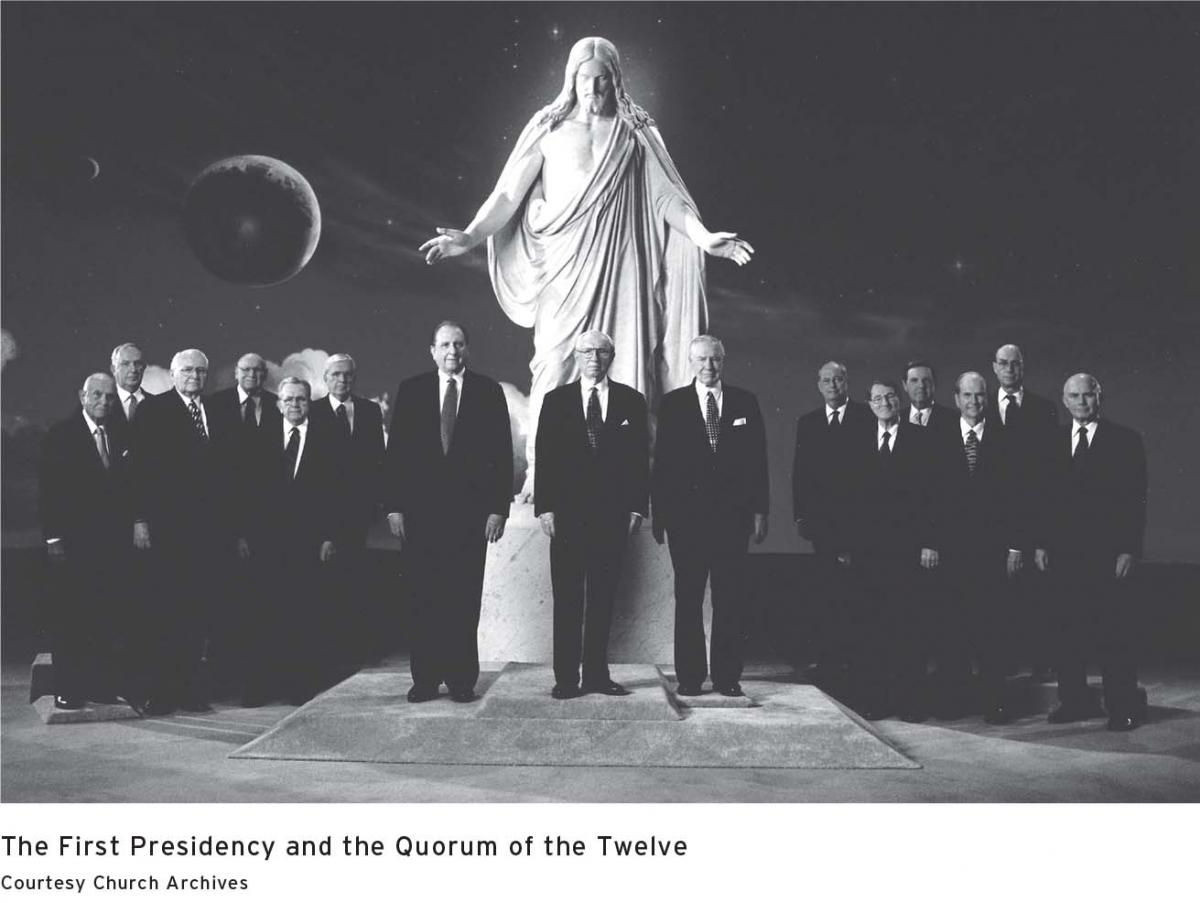 The First Presidency and Quorum of the Twelve. Courtesy Church archives.

President Hinckley has served as the President of the Church since March 1995, and no changes in the membership of the First Presidency or the Quorum of the Twelve Apostles have occurred during that period. This article presents information dealing with long periods during which there have been no changes in these quorums.

No Changes in the First Presidency or Quorum of the Twelve

Listed below are the ten longest periods without a change in the First Presidency or Quorum of the Twelve, beginning with the longest period:

Item of interest: On September 2, 2003, Elder David B. Haight became the oldest living Apostle at age 97.

No Changes in the First Presidency

No Changes in the Quorum of the Twelve 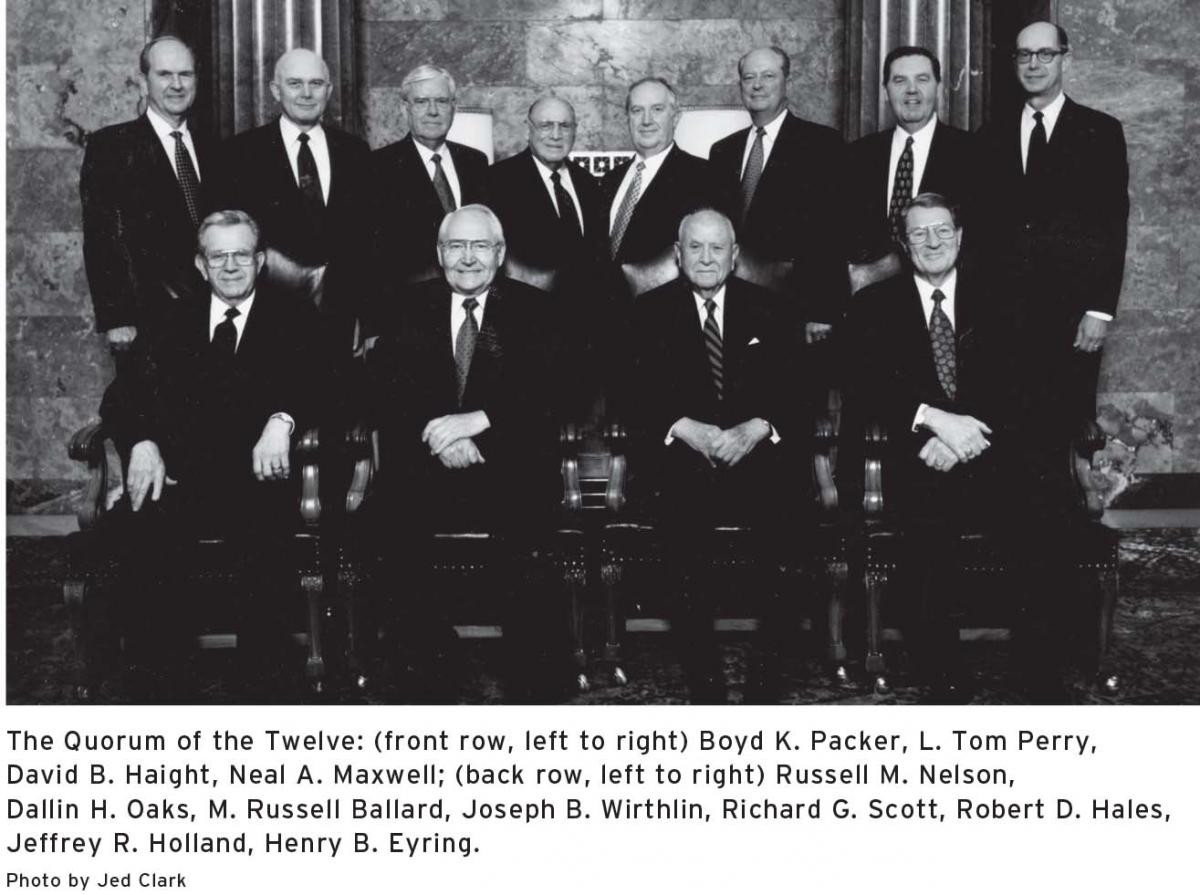 Listed b​​elow are the ten longest periods without a change in the Quorum of the Twelve, beginning with the longest period. During some of these periods, the seniority of members of the Twelve changed—but not the Brethren serving in the quorum (the 1870 to 1878 period is an example of this).