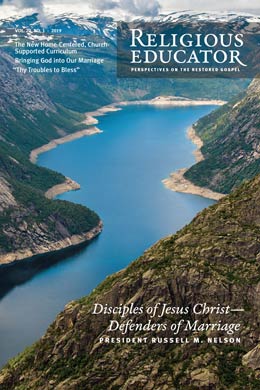 Scripture Note: “Pointing Our Souls to Him”

Matthew L. Bowen (matthew.bowen@byuh.edu) was an assistant professor of Religious Education at BYU–Hawaii when this was written. 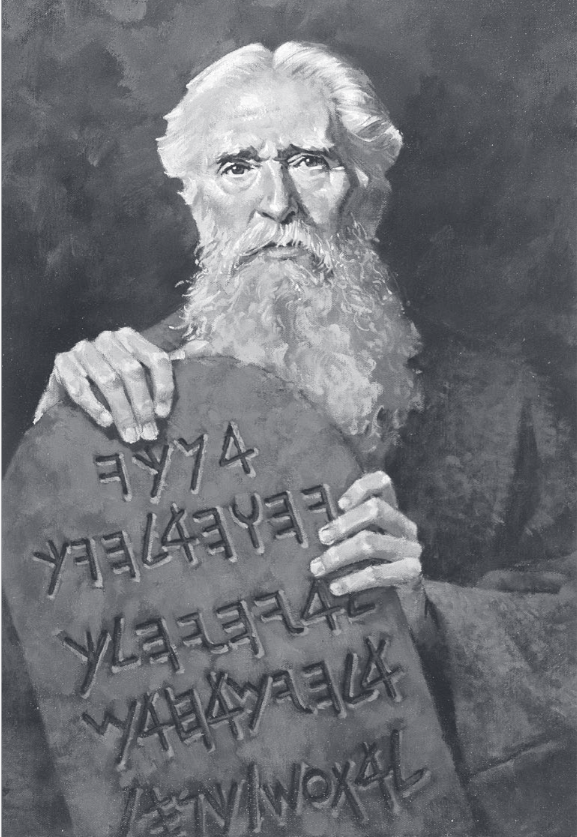 In the big picture, understanding the etymological connection between tora (“law”) and “pointing” helps us understand how the law of Moses taught ancient Israelites about Christ in the many ways that it “pointed” to him.

When the King James translators rendered the biblical Hebrew word tôrâ (often transliterated Torah) into English, they almost always did so using the Anglo-Norman word “law” (< Old English lagu[1] < Old Norse lög[2]/*lagu). The 1830 translation of the Book of Mormon into English appears to have followed that approach. However, the Book of Mormon’s ancient authors, in several instances, also exhibit a conception of “law” consistent with the most basic sense of tôrâ in Hebrew and in so doing, they reveal an important function of divine “law” as it relates to the divine Lawgiver.

More than “law”—and all that “law” has come to connote in English—the Hebrew noun tôrâ denotes “direction, instruction.”[3] The Hebrew word tôrâ almost certainly represents a cognate of the Akkadian têrtu(m), “instruction,” “commission,” “directive,” “omen,” “liver” (of an animal),[4] from the verb wâru(m), meaning “instruct, govern.”[5] The noun tôrâ derives from the verbal root yry/yrh (III), meaning “instruct, teach.”[6] However, this verb originally seems to have denoted the idea of “stretching out the finger, or the hand, to point out a route.”[7] For example, Genesis 46:48 records, “And he [Jacob] sent Judah before him unto Joseph [in Egypt], to direct [lĕhôrōt, “to point”] his face unto Goshen; and they came into the land of Goshen.” Later, in the Exodus narrative, the narrator states “the Lord shewed him [wayyôrēhû, pointed out to Moses] a tree, which when he had cast into the waters, the waters were made sweet” (Exodus 15:25; italics added). The King James Version of the proverb that states “he [a wicked man] teacheth [mōreh] with his fingers” (Proverbs 6:13; italics added) literally means “he pointeth with his fingers” (New Revised Standard Version, “pointing the fingers”).

In this brief note, we will see that at least two Book of Mormon passages—Jacob 4:5 and Alma 34:14—reflect the etymological and polyptotonic[8] connection between tôrâ (“law”) and its cognate verbal root yry/yrh, which originally denoted not just “teaching” but teaching by “pointing.” It also emerges as relevant for Book of Mormon passages that describe how the Liahona “pointed” the “way” for the Lehites in the wilderness (see 1 Nephi 16:10; see also Alma 37:40, 44). In the big picture, understanding the etymological connection between tôrâ (“law”) and “pointing” helps us understand how the law of Moses taught ancient Israelites about Christ in the many ways that it “pointed” to him. Moreover, it helps us understand how Christ’s “law” today continues to “point” us in the way of life of salvation—teaching us to become like him and pointing or directing our souls to him.

“Pointing Our Souls to Him”

Jacob, the brother of Nephi, was ordained or “consecrated” to be a priest and a teacher over the Nephites and “taught them in the temple” (Jacob 1:17–18).[9] Later in his record, Jacob declared regarding record keeping on the small plates and perhaps Nephite record keeping more broadly:

For, for this intent have we written these things, that they may know that we knew of Christ, and we had a hope of his glory many hundred years before his coming; and not only we ourselves had a hope of his glory, but also all the holy prophets which were before us. Behold, they believed in Christ and worshiped the Father in his name, and also we worship the Father in his name. And for this intent we keep the law of Moses, it pointing our souls to him; and for this cause it is sanctified unto us for righteousness, even as it was accounted unto Abraham in the wilderness to be obedient unto the commands of God in offering up his son Isaac, which is a similitude of God and his Only Begotten Son. (Jacob 4:4–5; bold and italics added)

Jacob specifically describes the function of the “law” (tôrâ) of Moses as “pointing” (directing) the Nephites to Christ like the pointing of a finger (or like a pointing instrument such as a compass, see below). Paul may have something similar in mind when he states concerning Mosaic law: “Wherefore the law [Greek nomos for Hebrew tôrâ] was our schoolmaster [paidagōgos] to bring us unto Christ, that we might be justified by faith. But after that faith is come, we are no longer under a schoolmaster” (Galatians 3:24–25). In the Greco-Roman world, the Greek term paidagōgos described “a child tender, a person, usually a slave or freedman, to whom the care of the boys of a family was committed, whose duty it was to attend them at their play, lead them to and from the public school, and exercise a constant superintendence over their conduct and safety.”[10] Although some scholars maintain that a paidagōgos “was not a ‘teacher,’”[11] the presence of the verbal root –agō (“lead,” “leader”) and Paul’s use of the same term, paidagōgous (“instructors”), in 1 Corinthians 4:15[12] indicate that the law of Moses functioned as a tutor, instructor, or child-teacher and not solely as a “disciplinarian.”[13] (The latter rendering potentially occludes Paul’s play on the Hebrew meaning of tôrâ in terms of “teaching” and “instruction.”) Pedagogy, as a modern-day derivation of paidagōgos, remains a useful description of the methodology of teaching.

“Every Whit Pointing to that Great and Last Sacrifice”

Generations later, Jacob’s grandson, Jarom, describes the diligent efforts of Nephite priests and teachers to “teach” the people the “law” of Moses to prevent them from degenerating into apostasy: “Wherefore, the prophets, and the priests, and the teachers, did labor diligently, exhorting with all long-suffering the people to diligence; teaching the law of Moses, and the intent for which it was given; persuading them to look forward unto the Messiah, and believe in him to come as though he already was. And after this manner did they teach them” (Jarom 1:11; italics added). Jarom’s statement suggests that priestly “teaching” (yry/yrh) of the “law” (tôrâ) still focused on Christ hundreds of years after Lehi left Jerusalem.

Additional generations later, the connection between the “law” (tôrâ) and its instructive “pointing” (yry/yrh) to Christ appears to have been lost among the Zoramites, whom Mormon characterizes as apostate Nephites.[14] Using a wordplay similar to Jacob’s in Jacob 4:5, Amulek emphatically reestablishes the connection between the Mosaic ordinances and sacrifices and Jesus Christ’s later atoning sacrifice:

Here in a second Book of Mormon text, we have the “law” (tôrâ) characterized as “pointing” (Hebrew mōreh < yry/yrh) to Christ, like the pointing of a finger or a directional instrument. Inevitably, this draws Jacob’s and Amulek’s descriptions of the law of Moses into comparison with the Liahona, an arguably “pointing” (and thus “teaching”) instrument par excellence.

“The Word of Christ . . . Will Point to You a Straight Course”

Regarding the Liahona, Nephi stated that one spindle on the ball “pointed the way whither we should go into the wilderness” (1 Nephi 16:10). Moreover, the writings which would appear on the Liahona in conjunction with this pointing “did give us understanding concerning the ways of the Lord; and it was written and changed from time to time, according to the faith and diligence which we gave unto it” (1 Nephi 16:29). Alma later remarks to his son Helaman, when the former committed the Liahona into the charge of the latter, “And it did work for [our ancestors] according to their faith in God; therefore, if they had faith to believe that God could cause that those spindles should point the way they should go, behold, it was done” (Alma 37:40; bold and italics added). Alma continued, “For behold, it is as easy to give heed to the word of Christ, which will point to you a straight course to eternal bliss, as it was for our fathers to give heed to this compass, which would point unto them a straight course to the promised land” (Alma 37:44; bold and italics added). Alma recognized that the Liahona and the word of Christ written thereon “pointed” or “taught” the way to Jesus Christ in the same way that the law of Moses and all the scriptures “pointed [their] souls” to him and his atoning sacrifice (see Jacob 4:5; Alma 34:13–14).

Perhaps Nephi had the Liahona, its changing written messages, and its pointers in mind when he pointed his descendants forward to the Savior’s ministry among them, “The words which [Christ] shall speak unto you shall be the law which ye shall do” (2 Nephi 26:1; italics added). Nephi had previously asserted regarding his own words which he had received by revelation, “They are sufficient to teach [point out to] any man the right way; for the right way is to believe in Christ and deny him not; for by denying him ye also deny the prophets and the law” (2 Nephi 25:28; italics added). As the Lord had promised ancient Israel, “I will instruct thee and teach thee [wĕʾôrĕkā, point thee] in the way which thou shalt go: I will guide thee with mine eye” (Psalm 32:8; italics added).[15] Nephi goes on to describe the “way” as the doctrine of Christ (see 2 Nephi 31–32; see especially 2 Nephi 31:21).[16] 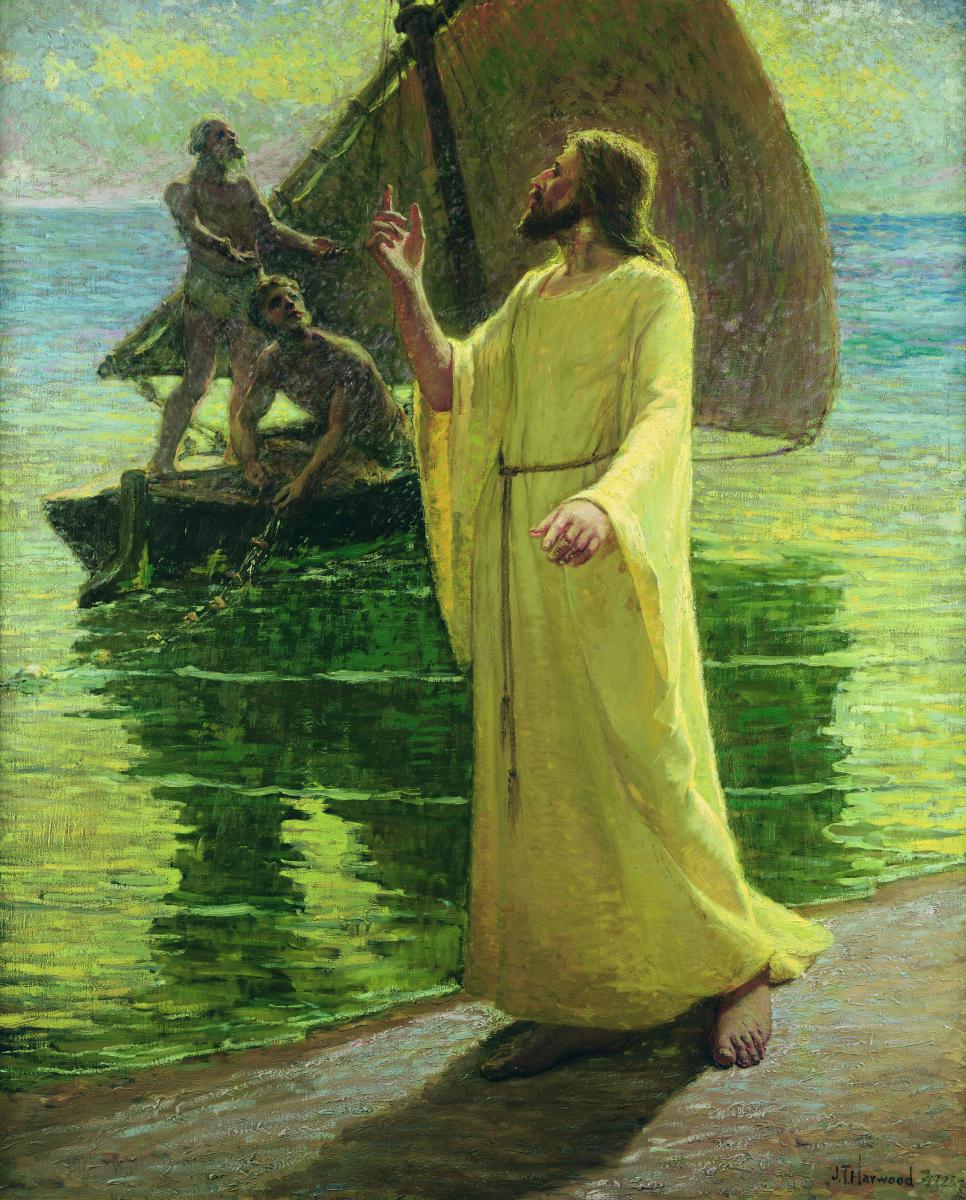 In the big picture, understanding the etymological connection between tôrâ (“law”) and “pointing” helps us understand—how Christ’s “law” today continues to “point” us in the way of life of salvation—teaching us to become like him and pointing or directing our souls to him.

Conclusion: “He Will Teach Us of His Ways and We Will Walk in His Paths”

Jacob’s statement that the Mosaic “law” (tôrâ) “point[ed]” (yry/yrh) the people’s “souls to” Jesus Christ, and Amulek’s declaration that the ordinances and sacrifices in the “law” were “every whit pointing to that great and last sacrifice . . . [who] will be the Son of God” concretizes the teaching function of the law of Moses as “pointing” in a manner comparable to the “pointing” of the Liahona and other types of compasses. This etymological and conceptual framework prepares us to read Isaiah’s prophecy of the latter-day temple—where we are taught by the means of such symbols—with new eyes: “And many people shall go and say, Come ye, and let us go up to the mountain of the Lord, to the house of the God of Jacob; and he will teach us of [or, point us in] his ways, and we will walk in his paths: for out of Zion shall go forth the law [teaching, instruction], and the word of the Lord from Jerusalem” (Isaiah 2:3; italics added; 2 Nephi 12:3; italics added; see also Micah 4:2). The latter-day temple, even less opaquely than the law of Moses, “points our souls” to Christ, teaching us to become like him. Its teachings, symbols, and ordinances point, like a finger, to him—“every whit.”

[12] In 1 Corinthians 4:15 paidagōgos clearly has the sense of “instructor” or “guide”: “For though ye have ten thousand instructors [paidagōgous] in Christ, yet have ye not many fathers: for in Christ Jesus I have begotten you through the gospel” (italics added). Paul’s point is, at least partly, that fathers by virtue of their parental relationship to their children are positioned to better educate their children than a paidagōgos, which have a teaching role, albeit an inferior one.

[15] Compare the Lord’s promise in Isaiah 30:20–21: “And though the Lord give you the bread of adversity, and the water of affliction, yet shall not thy teachers [or singular “teacher”] be removed into a corner any more, but thine eyes shall see thy teachers [môrêkā, “teacher” or the one pointing you, meaning the Lord]: And thine ears shall hear a word behind thee, saying, This is the way, walk ye in it, when ye turn to the right hand, and when ye turn to the left” (italics added).