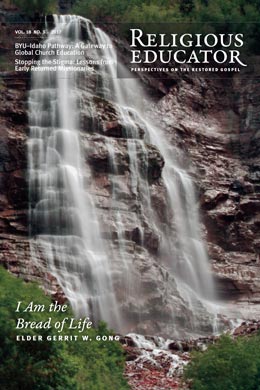 Review of Mormons in the Piazza: History of the Latter-day Saints in Italy

Richard Neitzel Holzapfel was a professor of Church history and doctrine at Brigham Young University when this was written. 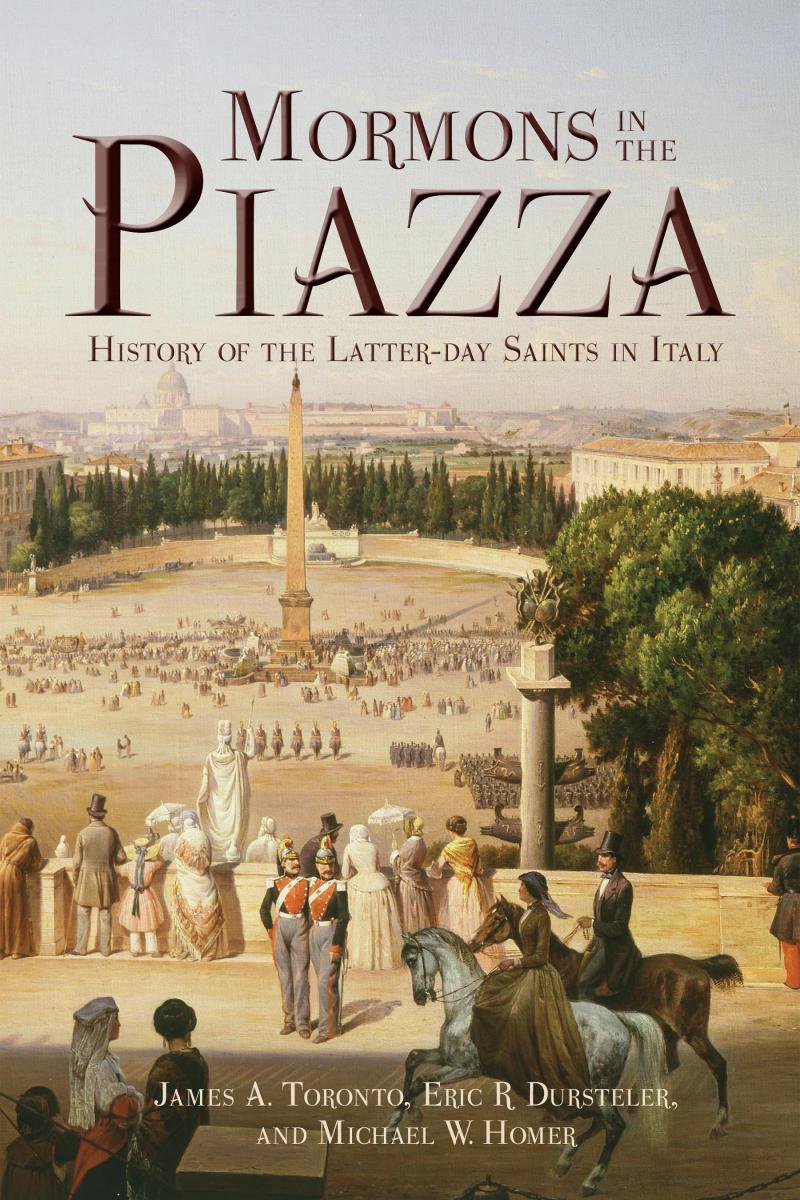 Mormons in the Piazza: History of the Latter-day Saints in Italy is a tour de force and has immediately become a model for future histories written about Latter-day Saints living, working, serving, and struggling to find a place in nations outside the United States.

Toronto, Dursteler, and Homer have given an invaluable gift to those who served LDS missions in Italy; LDS men and women who worked for private companies, US military, and various government agencies in Italy; immigrants who encountered and joined the Church in Italy; and most importantly, Italian Latter-day Saint converts and their descendants. Additionally, the authors have provided a compelling and well-crafted narrative for non-Latter-day Saint Italians, especially religious studies scholars and academics who are interested in “Italy’s transition from a monolithically Catholic country to a condition of modern religious pluralism” (back jacket blurb).

The nearly six-hundred-page book covers the period from when Mormon missionaries first turned their attention to the Kingdom of Sardinia in 1849–51 (Italian unification did not occur until 1861) until the “Mormon Moment” in the twenty-first century. One expects a book written by three different authors to be somewhat uneven, but the authors and the editorial staff at BYU’s Religious Studies Center have done a remarkable job to even out the differences in tone, writing style, and depth of analysis by each author.

The book is a superb example of the historian’s craft even though only one of the authors is a university historian (Eric R. Dursteler, PhD in history from Brown University). The other two authors are independent historians with impressive publication on a number of historical topics (James A. Toronto, PhD in Middle Eastern studies from Harvard University and Michael W. Homer, JD from University of Nebraska at Lincoln).

Using a wide array of sources, including non-LDS sources in Italy, the authors have written a compelling and nuanced story of the Mormon experience in Italy. That story actually began in the United States when the Second Great Awakening, a period of intense religious excitement and activity, was waning in the 1850s. At this same moment, The Church of Jesus Christ of Latter-day Saints witnessed a greatly expanded missionary effort beyond the United States, Canada, and the British Isles, which had been its focus from 1830 until 1849.

In a bold move, Brigham Young and other Church leaders announced a major missionary effort in 1849 that included non-English-language missions. They hoped to establish the Church around the world, primarily in continental Europe. Specifically, Church leaders hoped to establish a base of operations in the Apennine or Italian Peninsula that would allow them to expand their missionary effort to the Middle East and as far away as the Indian subcontinent.

This proselytizing effort was based on the “Great Commission,” as it is known by New Testament scholars. The “Great Commission” is found at the end of Matthew’s Gospel, “Go ye therefore, and teach all nations, baptizing them in the name of the Father, and of the Son, and of the Holy Ghost: teaching them to observe all things whatsoever I have commanded you: and, lo, I am with you alway, even unto the end of the world” (Matthew 28:19–20). From the very beginning, Mormons had taken the “Great Commission” very seriously. LDS Apostle Lorenzo Snow and his missionary companions believed they were fulfilling this commission when they “opened the Italian Mission in the Kingdom of Sardinia in 1850” (1).

The authors outline those efforts, which included spreading the restored gospel among the people of the Italian peninsula and eventually to the islands of Sicily and Sardinia, through well-organized, well-written, and brilliantly argued chapters. Of course, Mormons in the Piazza is not the first effort to tell the story of LDS missionary efforts beyond North America. However, it is the best book-length treatment, building upon significant articles, chapters, and books that cover similar themes. Generally, such histories have usually been told from the perspective of the LDS missionary and LDS mission leaders. In this case, the authors make sure those important voices are heard, but they have also incorporated the voices of others, including some of those who “dropped out” (see chapter 13, “Why Some Dropped Out: Challenges to Church Growth,” 453–87).

Although every chapter adds to our understanding, Mormons in the Piazza makes several critical and important contributions to our understanding of the emergence of Mormonism in Italy. First, the book places Mormonism in a larger scholarly conversation about the “emerging portents of a ‘new religious tradition’” (ix). Although the Restoration is considered unique in its message, authority, and history, it is also one among many new religious movements to emerge in the recent past. As Rodney Stark suggests, therefore, Mormonism provides historians and sociologists an opportunity to examine why some new religious movements succeed and why others fail.[1]

Second, the book considers LDS missionary work at the macro and micro levels. The authors go well beyond sources readily available at the Church History Library in Salt Lake City, sources that often focus on the perspective of the missionaries (generally North Americans), to examine “the personal experience of the converts themselves” (xi).

Third, the authors also survey carefully the “strategies, methods, and challenges of missions since the mid-twentieth century” (xi). This brilliant study is one of the few that examines “issues such as organization, policies, immigration, and conversion/retention over an extensive time period” (xi).

Fourth, although this book cannot be a “comprehensive account and thorough analysis of the people, events, and issues related to” the history of the LDS Church in Italy, the authors “fill [a] gap in [LDS] literature by presenting historical information and analysis concerning the growth of Mormonism in Italy, issues surrounding the internationalization of the church, the emergence of new religious movements in Europe’s evolving religious marketplace, and conversion and retention in faith communities that aggressively pursue missionary outreach” (x).

The authors argue that the timing of the arrival of Latter-day Saint missionaries was perfect to win numerous converts because “three positive factors converged: political reforms in the Kingdom of Sardinia, socioreligious ferment and spiritual seeking in the Waldensian community [in the Cottian Alps], and renewed evangelical enthusiasm within the Mormon community [in the Great Basin, United States] following the migration westward” (530).

Some of those factors originated in Utah with the Church and others in Italy itself. As the authors opine about the last phase of the retreat, “From 1929 on [because of Italian Fascism’s suspicion of P rotestant groups and its alliance with Catholicism], the door for the Mormons to return to Italy was effectively closed, and it would not reopen until the years following World War II” (211).

The authors argue again that timing for the second missionary effort was perfect to win numerous converts because post-Second World War “social dislocation, economic upheaval, and political change” provided an opportunity for minority religions to prosper. However, the authors argue the Church “missed a golden opportunity . . . that could have provided deeper and stronger roots to nurture growth during the second mission” by delaying direct missionary efforts in Italy after the war by twenty years (530).

Richard Lyman Bushman noted, “The art of the historian is to extract useful information from original sources whether negative or positive.”[3] Toronto, Dursteler, and Homer have not shied away from doing that kind of historical spade work among the sources, and as a result, they have produced two insightful chapters about conversion and deconversion among Italian Latter-day Saint converts: chapter 12, “Why They Joined: The Appeal of the Contemporary Church” (423–52), and chapter 13, “Why Some Dropped Out: Challenges to Church Growth” (453–88).

These chapters are informative, candid, careful, and cautious. The questions raised and the observations made in these two important chapters seem particularly relevant today as many Latter-day Saints deal with conversion and deconversion of family, friends, and associates—people they deeply care for and love. 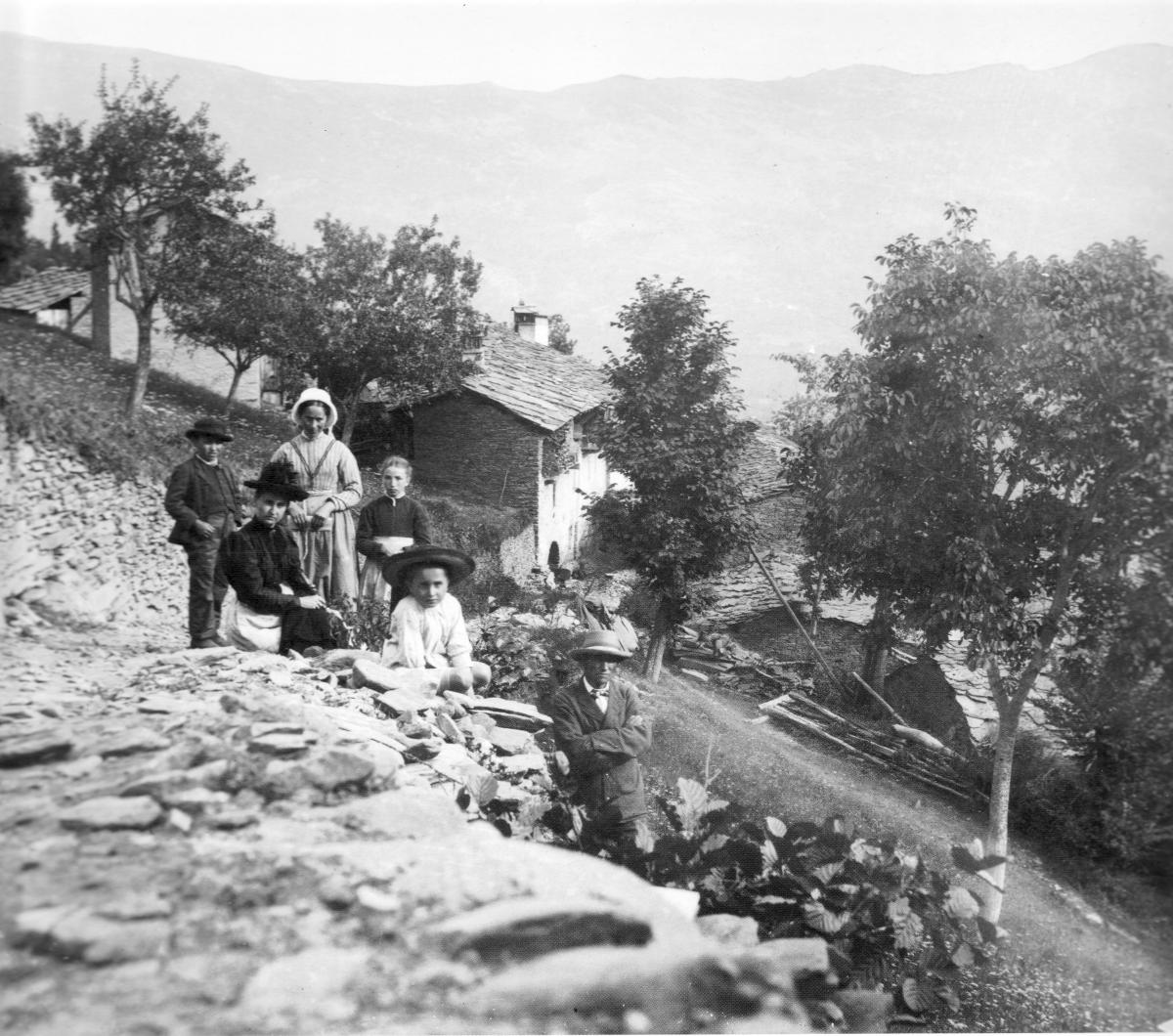 This volume is certain to become the seminal work not just of the history of the Latter-day Saints in Italy but also of "how new religious movements arise, expand, and take root in societies around the world."

It is not surprising for any Italian returned missionary—all three authors served as young missionaries in Italy—to discover that “moral drift and lack of clear values in [Italian] society” and “disaffection with the Catholic Church” explain why some early converts joined the Church (425–26). Like in any country, “personal crises and the search for existential meaning” and “seeking alternative paths to spiritual fulfillment” opened the door for many missionaries in Italy (428–29). The authors also identify the importance of LDS doctrine, worship, community, and practice, including spiritual experiences, as important factors in why people joined the Church.

In discussing why some dropped out, the authors identify challenges that any faith community will experience in an increasingly secular world. Toronto recently served as a mission president in Italy and certainly thought about “real growth,” an important discussion and contribution of the book (455–59). While many would attribute inactivity to a lack of testimony, the authors correctly observe that this idea “oversimplifies and distorts the complex reality surrounding religious change” (486). Thoughtfully, the authors note, “A constellation of personal motives, social forces, and internal church dynamics are at play as spiritual seekers weigh options in the religious marketplace, and most converts make a multifaceted decision based on innate human needs for meaning in life, group affiliation, and physical and economic well-being” (486–87).

In the penultimate chapter, chapter 14, “The ‘Mormon Moment’ in Italy: An Intesa and a Temple” (489–528), the authors argue the hard-won Intesa (full religious status and rights to religious communities given by the Italian government) and the building of a LDS temple on the outskirts of Rome have been significant benchmarks in the history of the Church in Italy—part of the “Mormon Moment.” From an individual perspective, these two events provided many Italian Latter-day Saints a sense of vindication—validation for their individual sacrifices in joining the Church. Nevertheless, the authors observe, the Latter-day Saint story “reminds us that, in Italy as elsewhere, a declaration of civil rights is a far cry from the realization of civil rights” (527).

Mormons in the Piazza is certain to become the seminal work not just of the history of the Latter-day Saints in Italy but also of “how new religious movements arise, expand, and take root in societies around the world” (530).