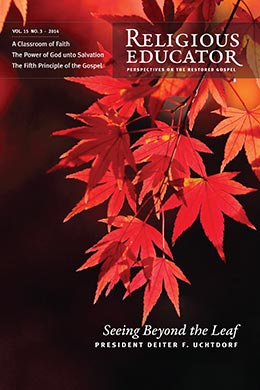 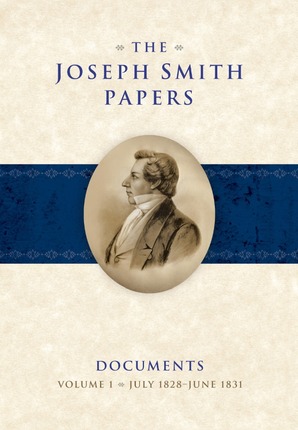 For those who are unfamiliar with the variety of publications coming out of the Joseph Smith Papers Project, it is helpful to point out that the publications are divided into six distinct series entitled Documents, Journals, Revelations and Translations, Histories, Administrative Records, and Legal and Business Records. Ultimately, the publication plan calls for approximately twenty-four volumes in total, a number that will likely be adapted as the project nears completion. Already in print are volumes 1 and 2 of the Histories, and volumes 1 and 2 of the Journals, volumes 1 and 2 of the Revelations and Translations, as well as a large facsimile edition of the Revelations and Translations. A potentially overlooked feature of the Joseph Smith Papers Project agenda is the fact that the heart of the project, the Documents, is now appearing in print volumes. The Documents series will be the most revolutionary in shaping the way we understand the growth of the early Church and in reenvisioning Joseph Smith through the documentation he left behind.

For example, volume 1 of the Documents series begins in the introduction engaging the various methods Joseph Smith used in the translation process, including the use of the glasses set in a silver bow (i.e., the Urim and Thummim) and the dark or almost-black seer stone that was placed in a hat. The astute reader will notice that lds.org posted a short doctrinal-historical discussion of the translation process employed in the Book of Mormon entitled “Book of Mormon Translation” near the time Documents, Volume 1 appeared in print. These types of examples show how influential the findings of the papers can be. Additionally, the 2013 publication of the LDS scriptures drew heavily upon the work being done at the Joseph Smith Papers Project, and as a result many of the introductions to the sections of the Doctrine and Covenants have been revised, sometimes in significant ways.

The first two publications in the Documents series are organized around the principle that the documents—revelations, letters, minutes from meetings, deeds, licenses, and other miscellaneous documents—associated with Joseph Smith’s lifetime take center stage in the publications. Each document is introduced with a rich and detailed historical discussion, followed by a transcription of the document. Each document is also heavily annotated, providing the reader with important information regarding key individuals, dates, and places. Each of the first two volumes also contains richly developed appendices, historically accurate maps, a linear chronology of all of the documents in the volume, and important miscellaneous entries, such as an entry in volume 1 on the characters copied from the gold plates and a discussion of the testimony of the Book of Mormon witnesses.

The volumes published thus far represent the high-water mark for LDS documentary editing. The volumes are making public an unprecedented amount of material on early LDS history and in particular on the life of Joseph Smith and his associates. The accompanying website is equally helpful in giving the reader access to full-color photographs of the documents in question and in providing access to transcriptions and brief historical sketches. In my opinion, the editors should be commended for their painstaking attention to detail and the overall quality of the publications. The volume introductions and historical introductions for each document are particularly valuable. The revelations that were later collected and published as the Doctrine and Covenants are included in the volumes and are noted in brackets. The simplest way to access their contents is to use the calendar of documents at the back to locate the document of interest and then to thumb through the volumes to find the documents, which are presented in historical order.

Historians will quibble with certain perceived shortcomings in the volumes, particularly with the absence of or almost complete lack of citations of secondary literature. Mormonism has a particularly rich historical genesis and scholars have created a significant amount of commentary on the beginnings of Mormonism as well as on the documents themselves. The absence of citations of these secondary discussions is at times noteworthy, and the absence can be interpreted in one of two ways: the editors intentionally wanted the documents to speak for themselves without entering into the scholarly fray to interpret them, or there is an intentional agenda to spark a new conversation in which the Joseph Smith Papers Project becomes the center piece in providing access to the key documents in that discussion. Perhaps both goals were intentional.

Many will wonder whether or not they should purchase the Documents volumes or even the other volumes in the series. Those same readers may also wonder how these publications differ from the influential classic Teachings of the Prophet Joseph Smith. As the various series are making abundantly clear, older publications about Joseph Smith were at times incomplete and unaware of many primary sources relating to the Prophet and his contemporaries. This series will initiate new publications, new biographies, and new histories of the early Church. Those studies will not be radically different, but they will be much more informed. And so to those who wonder about purchasing these volumes, I would recommend that they become part of your library if your goals are to understand the Prophet Joseph Smith and to be informed about the early history of our Church through the oldest surviving documents. In the next two decades there will be new studies and summaries of this material, and some readers may want to wait for those.