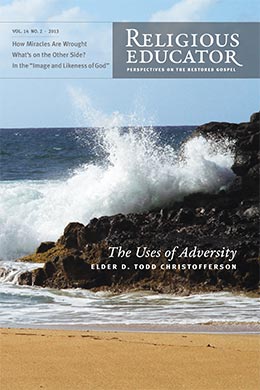 Richard Davis (richard_davis@byu.edu) was a professor of political science at BYU when this article was published. 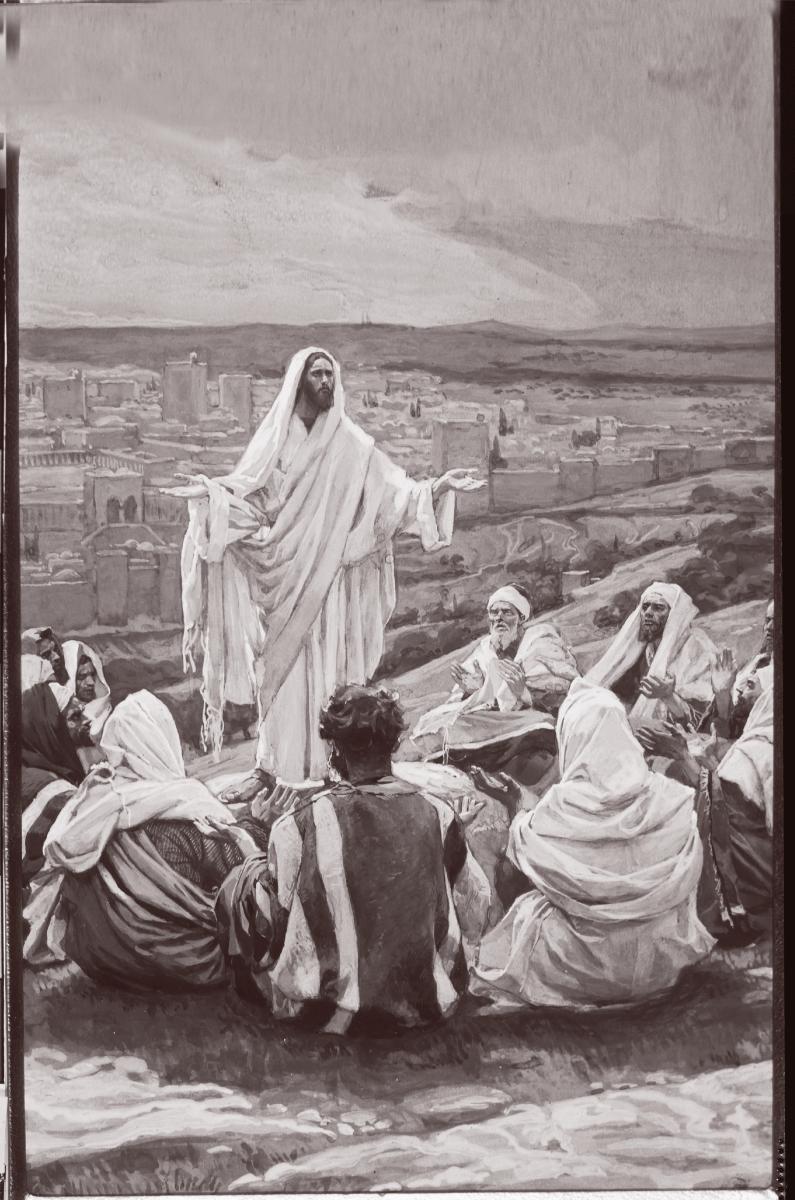 Like apprentices, we are disciples who learn by instruction, observation, and experience. The term disciple means "a student who is contracted to a mentor to learn." James Tissot, The Lord's Prayer

As a college professor, I often give tests to my students to see if they understand the material I have taught them. They answer multiple-choice questions or write short essays to explain their knowledge. I know that some students will pass the test easily, while others will fail. Many teachers even grade on a curve, which guarantees that a certain percentage of students will receive a failing grade.

It should not be surprising that in an age when education and test taking are regular features of our lives, we see tests in broader terms. When describing our earth life, sometimes we use the analogy of the test. We often talk about how we have come here to be tested to see whether we will do the things Heavenly Father has commanded. Implicit in that analogy is the fact that some people will not pass the test and that this test is set up as a weeding-out process.

Yet the test analogy does not seem to fit when we apply that same analogy to ourselves and our relationship with our own children. We don’t test our children to see if they will succeed or fail. We don’t grade them on a curve. Rather, we seek to teach, encourage, nurture, and train. We want them to learn from us so they can go out and cope with the world they will face, possess their own testimonies, and develop their own relationship with the Lord. Does our Heavenly Father want us to be weeded out, or is he, like most parents, anxious that we succeed, willing to give us the tools to do so and ready to train us to become his disciples? I think the answer is obvious.

I wonder, then, if a more appropriate analogy of our earth life might be the concept of an apprenticeship. An apprentice is a person who is brought under the tutelage of a skilled mentor who teaches the apprentice a particular trade or occupation. Apprentices are common in areas such as electrical work, plumbing, printing, or construction.

This apprenticeship is an opportunity for a novice to become skilled while assisted and protected by a wise teacher. The objective of the apprenticeship is to produce a master at the particular skill. Indeed, after a set period of time, the apprentice takes his or her place as a full-fledged member of that occupation or profession.

While mortals in this earth life, we are like apprentices. Indeed, the very term disciple means a student who is contracted to a mentor to learn, much as an apprentice makes an agreement to learn a trade. [1] We too are placed on earth to learn, grow, and develop. We are learning to become more like our Heavenly Father and his Son. We too are under the tutelage of our Heavenly Father. He has provided the example of his Son as a model for us. He uses the Holy Ghost to guide us as we learn how to become Christlike. He provides other tools for our apprenticeship such as the scriptures, the words of prophets, and the counsel of other Church leaders.

President Thomas S. Monson has called us “builders of eternal houses,... apprentices to the trade—not skilled craftsmen.” He goes on to say that, as apprentices, we need the help of the Lord to build our houses successfully. [2] The Lord has provided the tools for us to do so.

The Atonement is a critical component of our apprenticeship. In this earth life, we commit sins. When learning, apprentices also make mistakes. When taking a test, mistakes can lead us to fail the test. However, in an apprenticeship, it is not surprising that mistakes are made. Our Heavenly Father has provided for that. He offered us a Savior to atone for those mistakes, those sins that we commit. The Savior helps us get back on the path that completes our apprenticeship, the path to full discipleship. 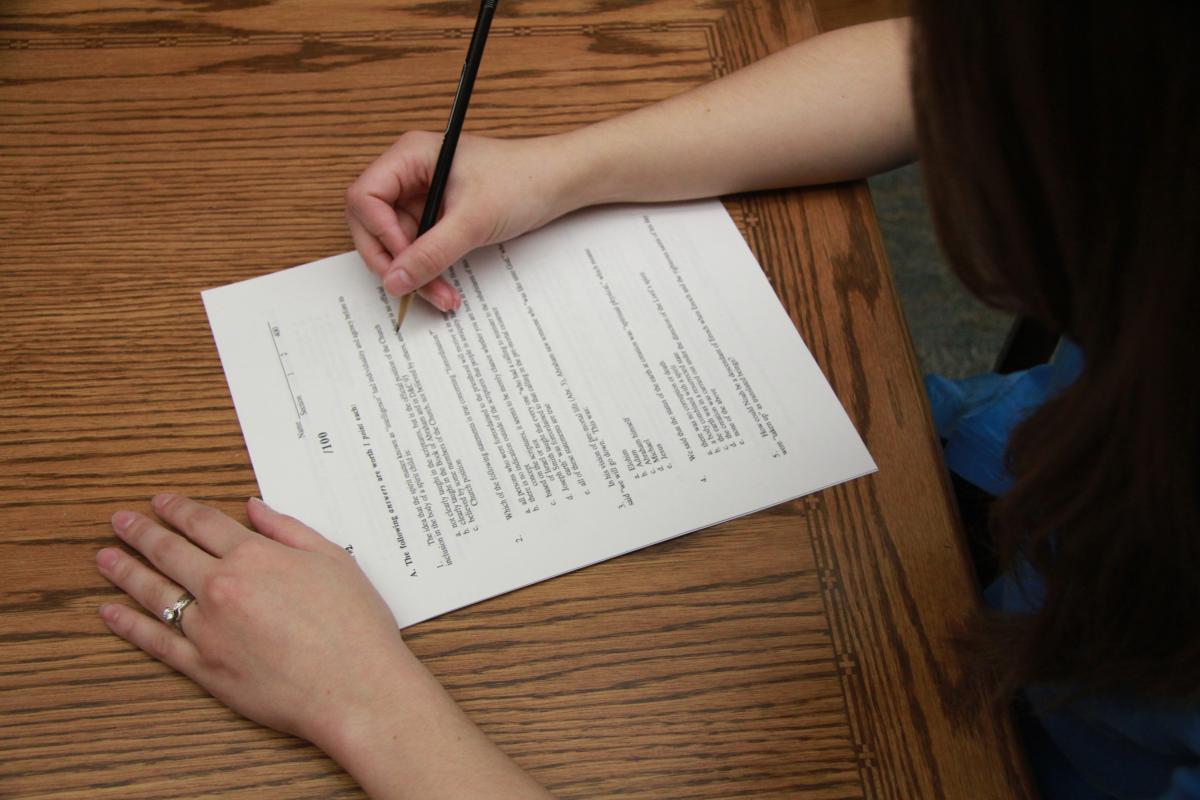 An analogy of taking a test is often used when describing our earth life; however, rather than a pass/fail experience, an apprenticeship analogy provides better examples of how God seeks to teach, encourage, nurture, and train his children.

Our apprenticeship is not easy. We must endure periods when the learning process is difficult. We may think we can never become proficient as a disciple of Christ. According to President Monson, “The apprentice does not become the master craftsman until he has qualified.” [3] The process of qualifying is the best way for us to learn, grow, and experience what we need to become in order to achieve full discipleship.

Any analogy has its flaws; however, this one works better for me in understanding the love our Heavenly Father and Jesus Christ have for all of us and their desire to see us succeed, not fail. They have shaped this earth life as a form of an apprenticeship, a training period for us. Through our individual apprenticeships and the tools they have provided for us, each of us ultimately can become more like them. We can “come unto Christ, and be perfected in him” (Moroni 10:32).