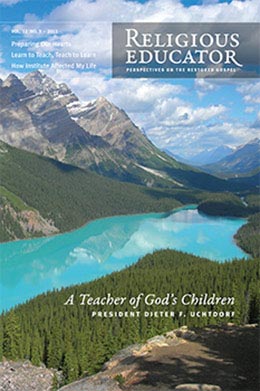 The Gospel for Graduates Noel B. Reynolds

Noel B. Reynolds (noel_reynolds@byu.edu) was a professor of political science at BYU when this was written. 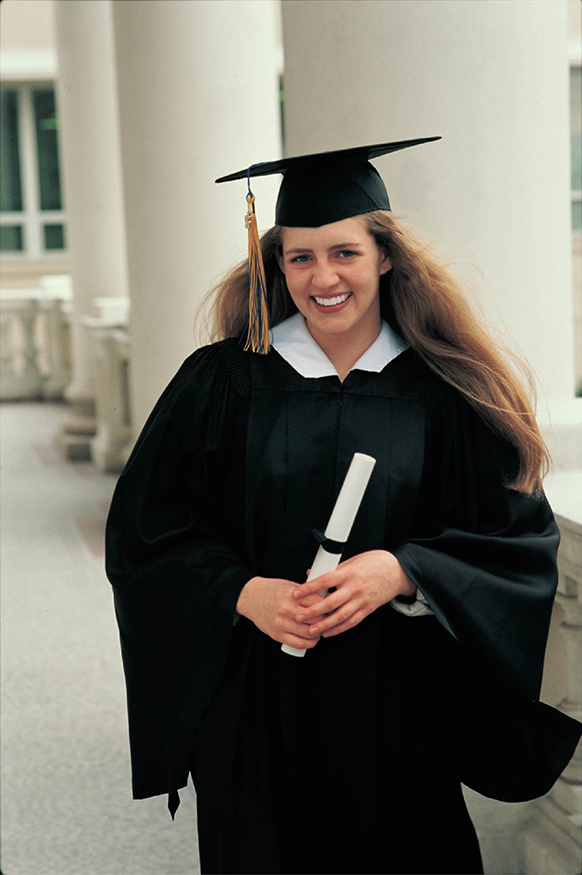 When Nephi saw his life and career as a prophet and a ruler over his people drawing to a close, he invoked a previously unreported revelation in a final exhortation to his people and to his future readers—to help them see how to live lives that would be of most value to themselves and to those around them. As we learn from 2 Nephi 31, Nephi had seen and heard much more than he had previously reported when, as a young man, he had been shown the future baptism of Jesus Christ. Most impressively, we learn that the basic elements of the gospel of Jesus Christ were spelled out for Nephi in that vision—first by the Father, whose voice he heard explaining the necessity of sincere repentance and baptism. The Father further explained how he would send remission of sins by fire and by the Holy Ghost to each repentant person and that they could enjoy the fullness of eternal life—if they endured in faithful obedience to the end of their mortal lives. At each stage of this explanation, Nephi reports hearing the voice of the Son echoing and expanding on the Father’s words.

Nephi’s summary explanation of this “doctrine of Christ” (2 Nephi 31:2) became the core teaching presented and expounded repeatedly by the Nephite prophets over the next millennium. It was emphasized especially by Mormon and Moroni—the last prophets of the Nephite dispensation. Nephi recognized that only those who had “unshaken faith” in Christ (2 Nephi 31:19), trusting wholly in his power to save, could repent sincerely, making the covenant of obedience to Christ that they witnessed through baptism.

For those who had entered this strait gate and had received the promised remission of sins sent by the Father with the baptism of fire and the Holy Ghost, Nephi asks “if all is done.” Answering his own question with a negative, Nephi explains: “Ye must press forward with a steadfastness in Christ, having a perfect brightness of hope, and a love of God and of all men. Wherefore, if ye shall press forward, feasting upon the word of Christ, and endure to the end, behold, thus saith the Father: Ye shall have eternal life” (2 Nephi 31:19–20).

We recognize in Nephi’s words a variation on the familiar formula of faith, hope, and charity—presented to us here as a description of how one can endure to the end. Reading on, we learn that the faith or trust or steadfastness in Christ that enduring to the end requires is a process of “feast[ing] upon the words of Christ,” which Nephi quickly equates with listening to the promptings of the Holy Ghost, which “will show unto you all things what ye should do” (2 Nephi 32:3, 5). So the need for faith or trusting in Christ continues. That is what brings us to repentance and baptism. And trust in Christ is needed as we strive to endure to the end. But because of the marvelous gift of the Holy Ghost that is given to those who have truly repented, the faithful person now has a greatly enhanced ability to obey the Savior, because “it will show unto you all things what ye should do.”

But what about the “perfect brightness of hope” and the “love of God and of all men,” or charity, that Nephi linked with faith in Jesus Christ as means by which we can and must endure to the end? Like Paul in his letter to Titus, Alma and Moroni each specify that they are not referring to just any human hope—but to the hope for eternal life (see Titus 1:2, Alma 13:29, Moroni 7:41). For just as the promise of a remission of sins to all who will repent and be baptized is fulfilled by the baptism of fire and of the Holy Ghost, sent by the Father, those so blessed can then reasonably hope in the further promise of eternal life in the presence of the Father and the Son, if they will continue faithful, enduring to the end.

These prophets also saw charity, or “the pure love of Christ,” as a gift given to help the repentant convert endure to the end. As Moroni summarizes, “the remission of sins bringeth . . . the visitation of the Holy Ghost, which Comforter filleth with hope and perfect love, which love endureth by diligence unto prayer, until the end shall come, when all the saints shall dwell with God” (Moroni 8:26). When we are filled with the perfect love that God and Christ feel towards all men, we are not threatened by any circumstances that may develop in our associations with others. Nor can we desire to harm anyone. Nor will we condemn them because of their beliefs or actions. The gift of charity protects us from an enormous range of temptations that might arise from ambition, anger, jealousy, fear, or greed. It is perhaps especially poignant that it is Mormon and Moroni—who have had to endure the final decline of their own people—who emphasize repeatedly that charity “endureth forever” (Moroni 7:47).

And so it is that the Nephite prophets saw the eternal fate of all God’s children turning on their willingness to humble themselves and repent of their sins, calling on the mercy of the Lord, through the power of his Atonement, to forgive their sins. For all who would do this “with full purpose of heart,” the Father would send the Holy Ghost, which would change their hearts, filling them with a hope of eternal life and a love of all men and giving them knowledge of all things what they should do to serve him in righteousness, that they may be preserved from sin and become “holy without spot” (Moroni 10:33).

Nephi, Mormon, and Moroni clearly believed that this pattern for successful life applied not only to them but to college graduates, their teachers, and their families today. The successful life—one that will be filled with peace and joy—will come to those who trust in Christ and learn to obey the direction of the Holy Ghost that he sends them. Not only will it guide them to act righteously in all their dealings, but it will also direct them to work and sacrifice in building the kingdom of God. After seeing our day in a vision, Nephi reported, “Blessed are they who shall seek to bring forth my Zion at that day, for they shall have the gift and the power of the Holy Ghost; and if they endure unto the end they shall be lifted up at the last day, and shall be saved in the everlasting kingdom of the Lamb” (1 Nephi 13:37). It is no secret that a primary reason for the existence of BYU is to help talented and committed young Latter-day Saints become as effective and productive as possible in their future lives—lives that will be devoted to building their families and Zion—in a world that promotes so many different visions of the good life.

Switching metaphors (and visions) at the same time, everyone who starts out on the straight and narrow path to eternal life will profit from a reading of Lehi’s dream of the tree of life. Lehi saw that men and women on this path would need to grasp the iron rod—or the guidance of the Holy Ghost—firmly, or they would be lost in the mists of life, be drowned in the filthy river of sin, or be lured into the great and spacious building to join those who deny the Holy Ghost and mock the faithful followers of Christ. If we truly hope for eternal life above and beyond any other goals, we must resist the allures of wealth, social acceptance, and any other worldly successes that would require us to compromise our allegiance to Jesus Christ and his commandments or our efforts to help build his kingdom.

We must also resist intellectual fads that would weaken our faith. The Lord created our world in such a way that no one would be compelled to believe in him. This means that as science progresses in its understanding of both the universe and human beings, naturalistic explanations will be proposed for all that we experience. But the divine Creator’s role will never be adequately uncovered. Physicists and astronomers now believe that this universe includes over two hundred billion galaxies, each of which may include hundreds of billions of stars. And they also agree this is less than 5 percent of the matter and energy in the universe. All efforts to see or define the other 95 percent continue to draw a blank, even though scientists can measure its gravitational effect on the visible portion. Similarly, studies of the neural structures and chemistry of the human brain are rapidly expanding scientific understanding of human thought and feelings. As much as these studies might help us understand why so much divine help is needed for humans to rise above normal feelings and behavior to become like God, they will never be able to document or explain the actual processes by which God speaks to us through the Holy Ghost and fills us with joy, love, peace, and knowledge. For each of us who repents and entrusts his life to Jesus Christ, these are personal experiences which we can treasure, protect, and pursue as we seek eternal life. Or, like so many in Lehi’s dream, they can be denied and forgotten. For all of you graduating today, we can earnestly pray that you will choose to continue on that straight and narrow path that does lead to eternal life.