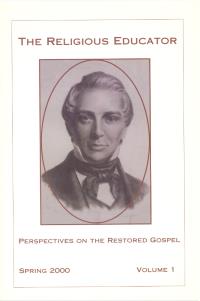 The Personal Name ‘Alma’ at Ebla

Terrence L. Szink was Assistant Professor of Ancient Scripture at Brigham Young University when this was published.

Critics of the Book of Mormon have often claimed that the personal name Alma is a cultural anachronism. Some have contended that Alma is a feminine, Latin-based name and that its appearance in the Book of Mormon demonstrates that the book is not what Joseph Smith claimed it to be. This challenge was answered in 1973 when Hugh Nibley pointed out that in one of the Bar-Kokhba documents, dated to the second century AD, a lease written in Hebrew contains the name “Alma ben Judah.”[1] Recently, Paul Hoskisson, professor of Ancient Scripture at Brigham Young University, examined this document and concluded that ‘Im’ or ‘Imh, as it is also spelled in the document, is a common Hebrew masculine name with a possible meaning of “lad of God.”[2]

Additionally, in the archive of Ebla, the personal name “Alma” is found at least eight times in six separate documents dated to the end of the third millennium BC. On two of the tablets the name occurs twice. In cuneiform the name is written al6-ma. Initially there was uncertainty on the part of some scholars about the reading of the first sign a16 (this is reflected by the sign being rendered AL6 in the transliterations of texts 1, 2 and 7 below). However, the reading al6 has now been established at Ebla.[3] Furthermore, scholars have understood and transliterated this name as Semitic (indicated by the name being written in italics in the transliteration), meaning that it is in the same basic language family as Hebrew. At the end of this article, I have included a transliteration and translation of each of the passages in which the name is found.

These documents are all administrative in nature with the person Alma involved in various types of transactions. In several of the texts (5, 6 and 8), the name Alma is associated with the ancient city of Mari. In text 8, Alma is referred to as a “merchant” (lukar) from Mari. It is not certain whether one individual is being referred to a number of times or if there are different people, each named Alma.

Of course, the occurrence of the name “Alma” in sources outside of the Book of Mormon does not necessarily prove that the book is true, especially since the time separating the texts in which the name is found is very great. However, the fact that Alma at Ebla and Alma in the Bar-Kokhba letters brackets the time Lehi left Jerusalem certainly allows the possibility that the name could have been part of the cultural tradition that Lehi and his family took with them to the new promised land. At the very least the claim by Book of Mormon critics that Alma is a feminine, Latin-based name which Joseph borrowed is greatly weakened. If Joseph was familiar with the name, he most likely knew it as a feminine name. That being the case, why would he have used the name for a male character? The fact that we now know that Alma is a good Semitic masculine name, which Joseph could not have possibly known, is further evidence that the Book of Mormon is exactly what Joseph Smith claimed it was.

Occurrences of Alma at Ebla

[2] Paul Hoskisson, “Alma as a Hebrew Name,” Journal of Book of Mormon Studies 7, 72–73. This article includes a fine color photograph of the entire document.