The Stuttgart District boundaries were essentially those of the historic kingdom of Württemberg. Surrounded by the provinces of Baden and Bavaria in twentieth-century Germany, Württemberg has a proud history that is centered in its capital city, Stuttgart. The neighboring districts of the church in 1939 were Karlsruhe to the West, Nuremberg to the northeast, Munich to the southeast, Strasbourg to the southwest, and the Swiss Mission to the south.

The population of the Stuttgart District was relatively small in 1939: 484 members distributed among six branches—approximately eighty members per branch. To attend district conferences in Stuttgart, the members of the outlying branches did not have far to travel. Heilbronn was twenty-five miles to the north, Feuerbach three miles north, Esslingen six miles east, Göppingen twenty miles east, and Reutlingen twenty miles southeast. 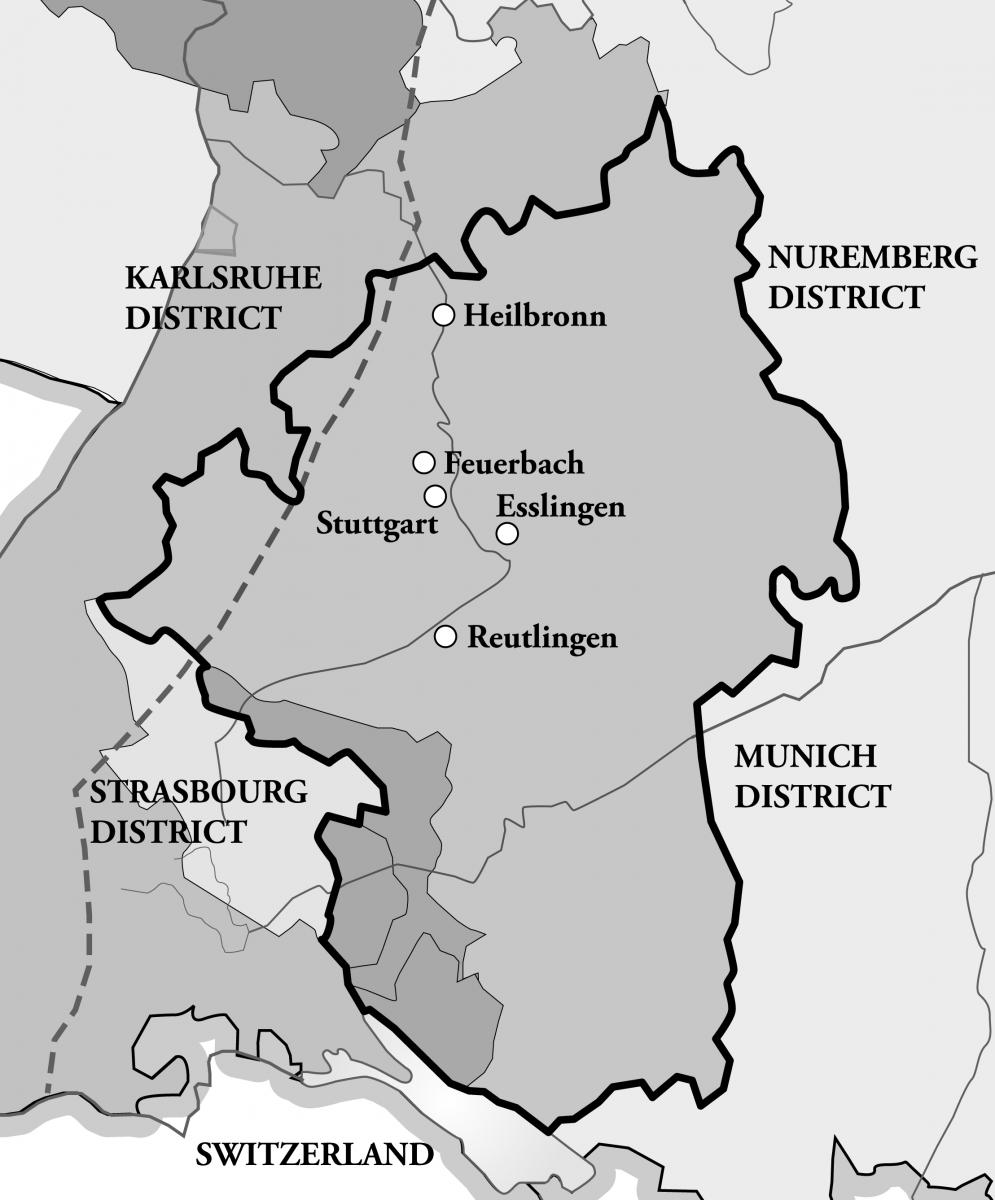 Fig. 1. The six branches of the Stuttgart District were clustered around the city of Stuttgart. Much of this territory had no LDS units.

Regarding the status of the district as the war approached, a solitary entry in the records of the West German Mission gives a good impression:

This report is a reminder that nearly all districts of the Church in Germany had organized choirs in those days. Rehearsals were taken very seriously, and performances were offered at district conferences, mission conferences, and on other occasions. Like district conferences all over Germany, the one held in Stuttgart in April 1939 was a two-day affair. (In some cases, events took place on three or even four consecutive days.) 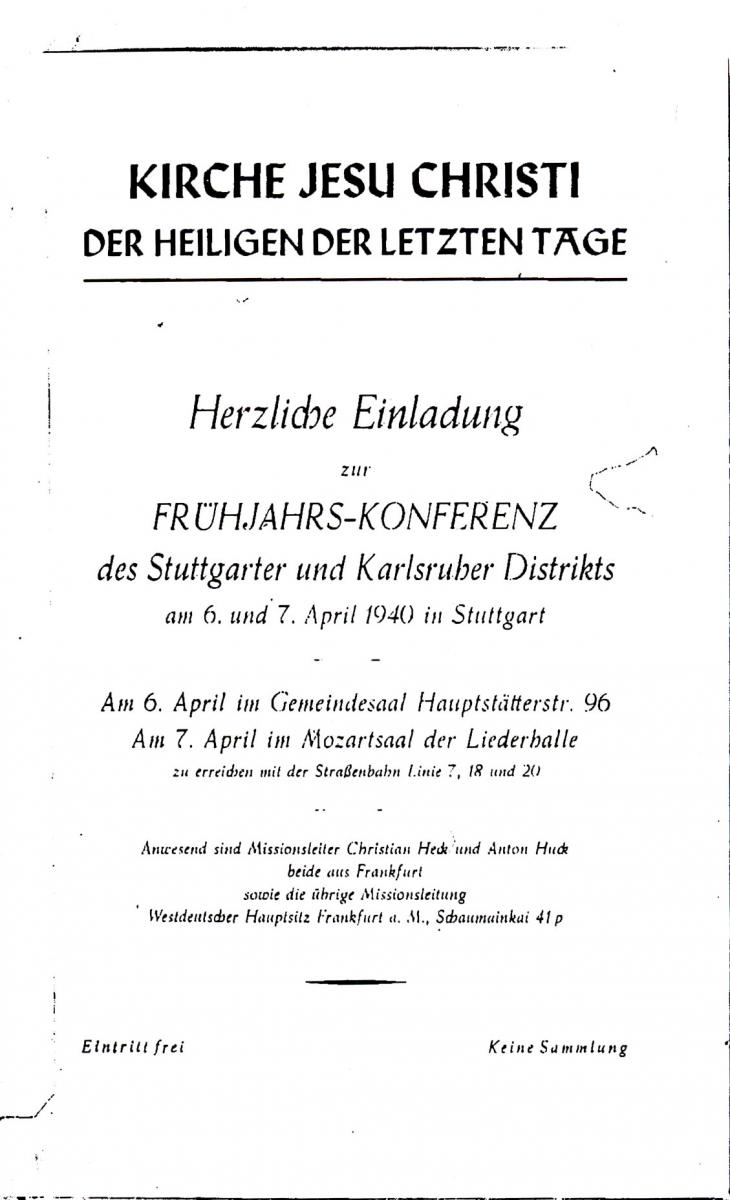 Fig. 2. The official program of the spring district conference of 1940.

The district general minutes indicate that a new president of the Stuttgart District was called by mission supervisor Friedrich Biehl on November 26, 1939: Erwin Ruf was a good choice, having served the previous eight years as the president of the Stuttgart Branch. He in turn chose Karl Lutz and Heinrich Bodon as his counselors. As of that date, President Ruf began to keep the district general minutes, which had been neglected since 1926. [3]

With the same dedication exhibited by many district presidents in Germany, Elder Ruf scheduled a conference in Stuttgart on April 6–7, 1940. The program for the session held on Sunday at 10:00 a.m. in the Stuttgart Liederhalle is representative of this and other conference sessions:

12. The experience of prayer: Georg Stehle

The final statement in the district general minutes about the conference reads as follows: “It is noteworthy that a fine spirit was felt in all sessions. The combined attendance at all sessions was more than 800 persons.” [4]

President Ruf’s record includes notes about visits he made to the six branches on a weekly (and at times even daily) basis. The short distances between cities made it possible for him to attend meetings in as many as three branches on a single day. In most cases, he indicated the topics of the talks he gave in those meetings. He also visited individual members and families living in towns outside of the branch cities.

Erwin and Anna Ruf had two daughters, Maria (born 1923) and Esther (born 1929). Esther recalled how her father always seemed to be traveling for church work: “It seemed like he was gone every weekend.” [5] President Ruf worked in a factory for critical war products, and this employment kept him at home throughout the war. The family lived in the Gablenberg suburb of Stuttgart and needed about forty-five minutes to get to church. According to Esther, “There was a streetcar, but we were very conservative with our money, so we walked. After Sunday School, we walked home for dinner, then back to church in the late afternoon.”

Young Helga Hock of the Heilbronn Branch had fine memories of President Ruf, whom she saw on many occasions. “He had curly white hair and a slight speech impediment. And he was very friendly and usually visited our family before he left town again.” [6] Helga recalled taking the train to Stuttgart twice each year to attend the district conference. “That was always an exciting event for us children.”

As was the custom in the West German Mission during the war, Ruf attended conferences of other districts. On October 12–13, 1940, he was in Nuremberg participating in the conference of the Nuremberg District. Mission leaders Christian Heck and Anton Huck were there, as was Johannes Thaller, the president of the Munich District. In most district conferences, all visiting district and mission leaders were asked to speak. [7]

The district conference held in Stuttgart on November 9–10, 1940, took place in the concert hall of the city’s Bürgermuseum. As was his tradition, Erwin Ruf recorded the names of all speakers and musicians. He also wrote regarding the Sunday meal, namely that “the [local] sisters provided lunch for more than 100 persons in the [Stuttgart] branch rooms.” The afternoon session that Sunday was attended by enough people to “nearly fill the hall,” which accommodated four hundred persons. [8]

In the spring of 1941, with the war in its second full year, another district conference was convened. This time, the meetings took place in the Stuttgart Branch rooms. It is possible that by that time, many of the Saints had been called away to military service or employment or had sought the safety of smaller towns. In any case, Erwin Ruf’s comments were still enthusiastic: “There was a fine spirit in all meetings. The songs rendered by the various choirs were especially impressive. More than 200 persons attended the afternoon session.” [9] 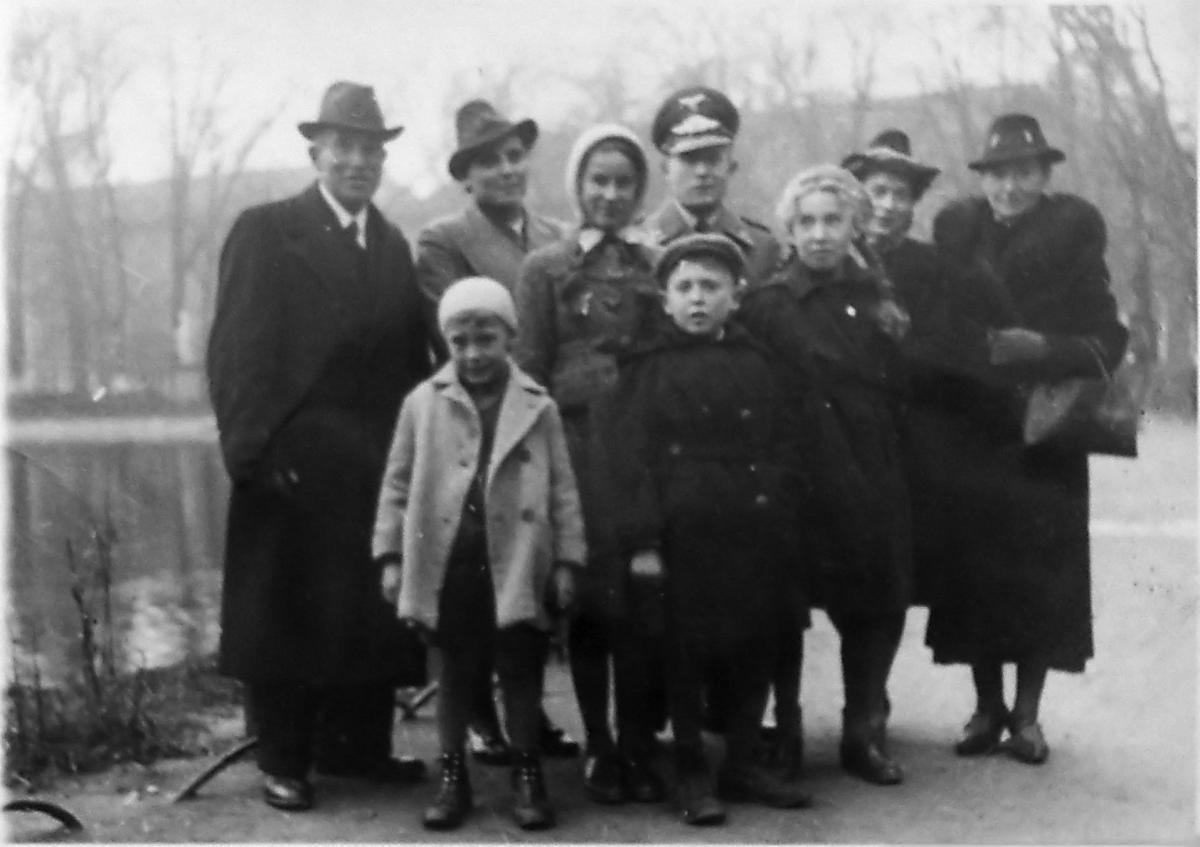 Fig. 3. Members of the Feuerbach Branch after a district conference. (R. Rügner)

The district conference held on September 27–28, 1941, was likewise a success. Mission leaders Christian Heck and Anton Huck again came from Frankfurt to participate. It would appear from Ruf’s record that all programs of the Church in this district were still functioning well at the time. Indeed his final comments for the year 1941 include these numbers: the district member population was 466, five children were born, six persons were baptized, eight were ordained to the priesthood, and eight had died during the year. [10]

The book in which Erwin Ruf kept the general minutes of the district in the early war years was full as of June 28, 1942, and the book in which he very probably continued his record has not been found. The last two major events described in the surviving book were the celebration of the Relief Society centennial on March 21, 1942, (130 attendees) and the district spring conference held on March 28–29 (210 attendees). [11]

The only change in the meetings of six branches of the Stuttgart District during the first three war years was introduced by Ruf in March 1942: he asked that the priesthood holders meet once a week on an evening with the Relief Society sisters. In the following weeks, he attended such meetings and was apparently pleased with the innovation.

The following information regarding the district conference held in Stuttgart on October 18, 1943, is found in the general minutes of the Göppingen Branch:

Brother [Anton] Huck and his wife from Frankfurt attended. The rooms of the Stuttgart Branch were so badly damaged in the attack on October 7–8 that they can no longer be used. The roof of the meeting hall in Munich was also damaged. The afternoon and evening sessions [of this conference] were cancelled when the police confiscated the building for the housing of people who have lost their homes in the air raids. When Erwin Ruf delivered this message to the home of Brother Biebinger, the latter suffered a heart attack. [12]

Thanks to his employment in Stuttgart, Erwin Ruf served faithfully in the calling of district president throughout the war. He was not ashamed of the gospel or the church, as his daughter Esther recalled:

When we went to the air raid shelter, he would always leave a copy of the Improvement Era (I think it was in English) on our table in case somebody came into our apartment. That way they would realize that we were Mormons, that our church was connected with the United States. He would also leave a copy of the Book of Mormon on the table.

Elder Ruf was in Stuttgart when the war ended and continued to visit the six branches of the Church in that district as they attempted to regroup. At least four of those branches were looking for new places to meet in the summer of 1945.