Famous for its jewelry industry, the city of Pforzheim had 78,320 inhabitants in 1939. [1] The branch of the LDS Church in that city numbered seventy persons, more than two-thirds of whom were females twelve years and older. There were only two elders in the branch at the time, but ten men or young men held the Aaronic Priesthood. Pforzheim is only fifteen miles from Karlsruhe, and the cities were connected by rail in those days, so it was a simple matter for Pforzheim Saints to attend district conferences in Karlsruhe.

The branch rented meeting rooms at Nagoldstrasse 3, on the left bank of the Nagold River and only a few blocks from the center of town. [3] As the war approached, the branch was holding its Sunday School meeting at 10:00 a.m. and sacrament meeting at 7:00 p.m. The Primary organization met on Mondays at 5:30 p.m., the Relief Society on Wednesdays at 8:00 p.m., and Mutual on Thursdays at 8:00 p.m. [4] A genealogical course was given every third Thursday of the month. 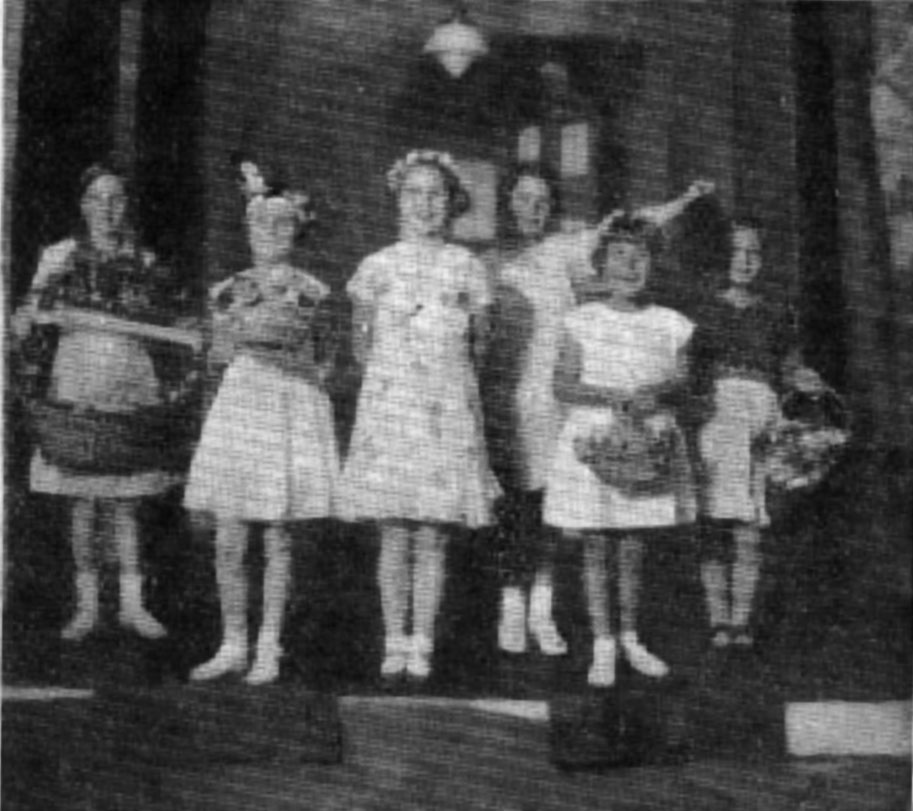 During the weeks before World War II began, the branch president in Pforzheim was an American missionary, Sylvan Burgi. The mission directory of July 22, 1939, shows no counselors, but George Stehle led the Sunday School and Fritz Hermann the YMMIA.

Marianne Kappenstein (born 1928) describing the meeting rooms: “We had several rooms on the ground floor of an apartment building where we held the meetings. When you first came in, there were coat hangers all around the first room where you hung up your coats. And then you went to the back where there were chairs set up. . . . We had a piano in the room. There were not very many people in attendance.” [5] The setting was so unimpressive that she was hesitant to tell her friends where the church met. After all, just a few houses down the street was a beautiful Lutheran church (“You could almost call it a cathedral”). 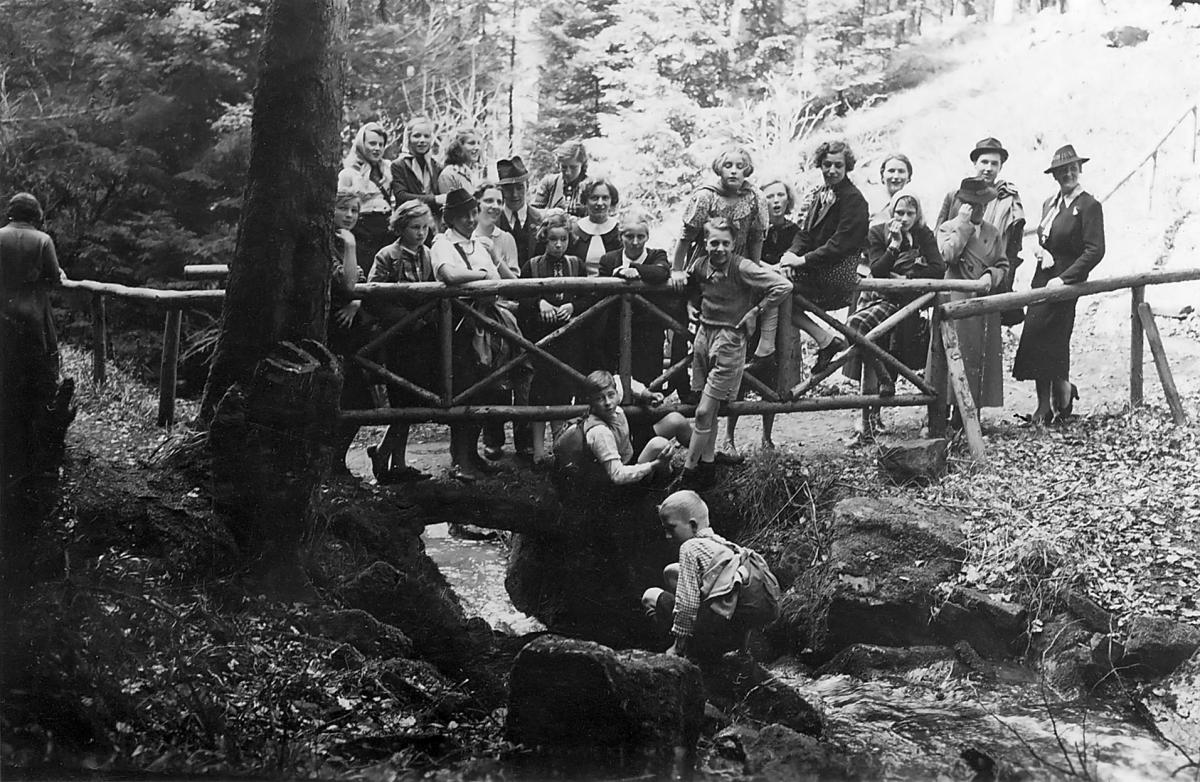 Fig. 2. Missionary George Blake took this photograph of Pforzheim Branch members on an outing in the forest in 1939. (G. Blake)

At the age of ten, Marianne had been inducted into the Jungvolk, and she recalled participating in a number of very worthy activities. For example, at Christmas time she and her friends “would cut out wooden dwarfs or dolls and paint them as gifts for needy children.” Regarding the question of political training, she claimed, “I cannot say that we were mistreated or brainwashed; we were never indoctrinated or involved in unwholesome activities.” 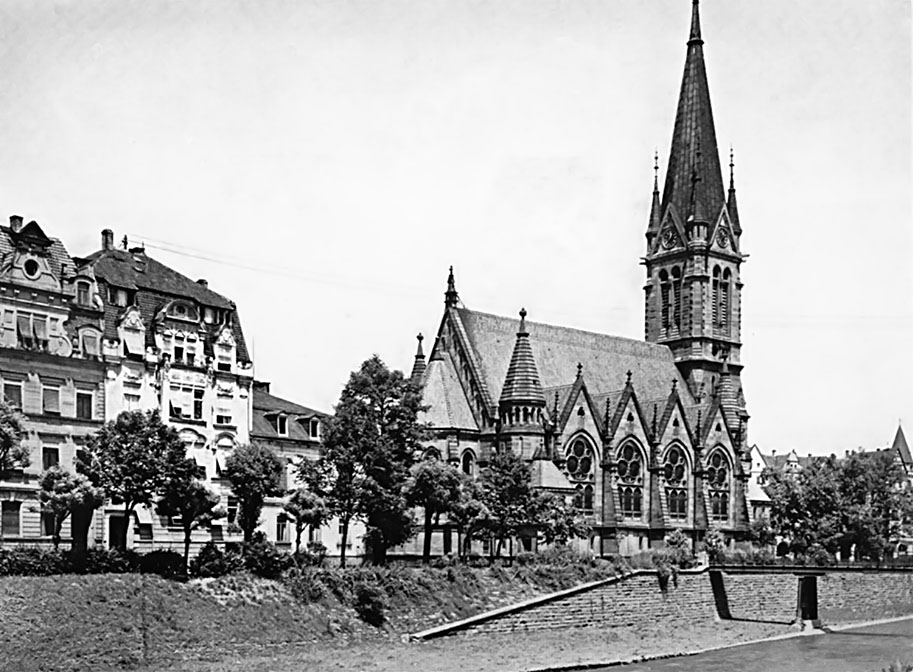 Fig.4. The Pforzheim Branch held its meetings in house no. 3 on Nagoldstrasse, the white four-story building to the left of the Lutheran church. (H.-P. Metzner)

According to young Marianne, several prominent families comprised the majority of attendees at church meetings in the Pforzheim Branch. One of those families was named Frei. One Sunday morning, Elsa Frei and her two children, Doreanne and Karl Heinz, came to church very upset; they had just learned that Karl Gustav Frei (not a member of the Church) had passed away after being consigned to an asylum due to some kind of mental illness. “They didn’t say it in so many words, but they let on that they had done away with him,” according to Marianne Kappenstein. “We could guess who they were.” Apparently Sister Frei believed that her husband had become a victim of the infamous Nazi euthanasia program.

Ursula Mussler and her mother, Frieda, were bombed out in Frankfurt in 1943 and moved to the town of Mühlacker, ten miles east of Pforzheim. Ursula said:

There were about forty people in attendance in the Pforzheim branch. I always felt welcome in whatever branch I was on Sundays. We tried to attend the meetings as much as we could. Usually, we went every two weeks and whenever there was a conference. Those were held in Karlsruhe, so we went there by train. We always had enough priesthood holders to preside in sacrament meetings. [6]

The only information found regarding the leadership of this branch during World War II comes from the general minutes of the Bühl Branch (also in the Karlsruhe District): on February 26, 1944, the funeral of Maria Kappenstein took place under the direction of Friedrich Hermann, the branch president in Pforzheim. [7] Marianne and her sisters were then orphans, having lost their father the previous year.

As had happened in quite a few major cities in Germany during the war, the Allies mounted one massive attack to destroy Pforzheim in April 1945. Marianne Kappenstein recalled with clarity the event. She had already lost both parents and was under the guardianship of her elder sister, Ella. Early on that fateful day, Marianne watched Allied airplanes flying very low over the city, back and forth, following the course of the three rivers that flowed through the town. However, the planes dropped no bombs, and the all-clear was sounded. Marianne then left town and walked to a small factory outside of town. At sixteen, she was considered capable of watching out for bombs at the factory after a raid and either trying to put out fires or reporting them to the authorities. She and friend sat around for a while, but then the sirens sounded again just before dusk. They hurried into a cave dug in the mountainside to serve as a shelter. A terrible air raid was unleashed, and when Marianne emerged from the cave, “the city was totally destroyed and everything was burning.”

Somehow, Marianne was able to ride a streetcar toward the city, but they could not get into the interior of Pforzheim. She then began a desperate search for her sisters. “Everybody was looking for everybody.” At about four in the morning, somebody tapped her on the back, and it was Ella. She had attempted to save some of the family’s property by carrying it down to the basement, but the fires destroyed the entire apartment house, and they lost everything. Fortunately, another sister had gone to the suburb of Wurm and was thus safe during the attack.

Following the catastrophic raid on Pforzheim, Marianne found herself with nothing but her sisters and the clothes on her back. In fact, she was wearing her old shoes, thinking it unwise to wear her good shoes to go to the factory the day before. Now she had no home, no church (the rooms at Nagoldstrasse 3 were likewise burned out), and no parents.

“When the war came to an end, we were staying in Mühlacker,” explained Ursula Mussler. “The British came into our area first, later also the Americans. [Eventually] we moved to Bad Homburg near Frankfurt.” Soon, Ursula’s brother Hans joined them, and they looked forward to happier times. Ursula had this to say regarding the spirit of the Latter-day Saints during the war, based on her membership in the Frankfurt and Pforzheim Branches:

The members helped each other out a lot during the entire war. We got along well and were striving for a same goal. We were grateful for the clothes that were shared and for the members who were there in difficult situations. My faith kept me going during the war. And also the fact that we attended Church whenever it was possible for us helped us very much.

Stan Clift, an American Latter-day Saint soldier, was stationed in a small town just south of Pforzheim in July 1945 and went in search of the members of the Church there. He wrote this account of meetings held in the home of the Stahl family:

Nelly Stahl lived at [Hirsauerstrasse] 135 with her elderly parents. I would guess that the father was in his 70s. The church service was held in a home along side of the road through town, just a short walk north of the school building where I was bunked. There were about ten women, perhaps two or three small children and I vaguely recall one very elderly man. The women were in their 50s or so for the most part. Nelly was in her 30s I think. . . . She and one other lady spoke English. At the first service another LDS soldier and I blessed the sacrament and passed it to those present. We were asked to speak, which we did briefly, with our thoughts being translated into German by Nelly. They were appreciative of being able to partake of the sacrament. . . . After the service Nelly told me that they would like us to come back next Sunday and bless the sacrament in German. She volunteered to teach me how to pronounce the words. . . . Nelly indicated that the men in the church had been taken into the German army and were not back home yet. [8]

Whereas it is clear from Brother Clift’s report that the Pforzheim Branch had survived the war, it is not known precisely when local priesthood holders were finally present to direct the activities of that branch.

Just before the war ended, the Kappenstein sisters had fled Pforzheim for Kassel, a city in northern Germany. As Marianne recalled, it took some railroad travel and lots of hitchhiking to get there. After returning to Pforzheim during the summer, she was finally baptized on October 20, 1945, by John Albert Dahl (of Karlsruhe) along with her younger sister.

The Pforzheim City Archive estimates that 17,600 people were killed during twenty attacks on the city. The entire downtown was destroyed as well as approximately 70–80 percent of the rest of the city. There was truly very little left when the French army entered the city in April 1945. On July 8, the French left the city, and it became part of the American occupation zone. [9]

The following members of the Pforzheim Branch did not survive World War II:

[4] With no children listed among the members at the time, one wonders if the Primary was not meeting then or if non-LDS children were being taught.