Comprising the northern half of the former kingdom of Bavaria, the Nuremberg District had possibly the lowest proportion of Latter-day Saints within the indigenous population of any Church district in Germany in 1939. The district consisted of only three branches—two in Nuremberg and Fürth (essentially the Nuremberg metropolitan area) and one in Coburg (sixty miles north of Nuremberg). The territory of the district was bordered on the north by Saxony (in the East German Mission) and Thuringia, on the east by Czechoslovakia, on the south by the Danube River, on the west by the Stuttgart District, and on the northwest by the Frankfurt District. The district territory was sparsely populated, and Latter-day Saints were few and far between outside of the city of Nuremberg.

A report sent to the mission office in Frankfurt in March 1939 may be indicative of activities in the Nuremberg District in the months just before World War II:

Conference of the Nuremberg District in the Nuremberg Branch hall. Total attendance 863 members and 110 friends. Because of overfilled halls, etc. there was quite some disturbance at these meetings but everyone was happy with the messages that were presented. [2] 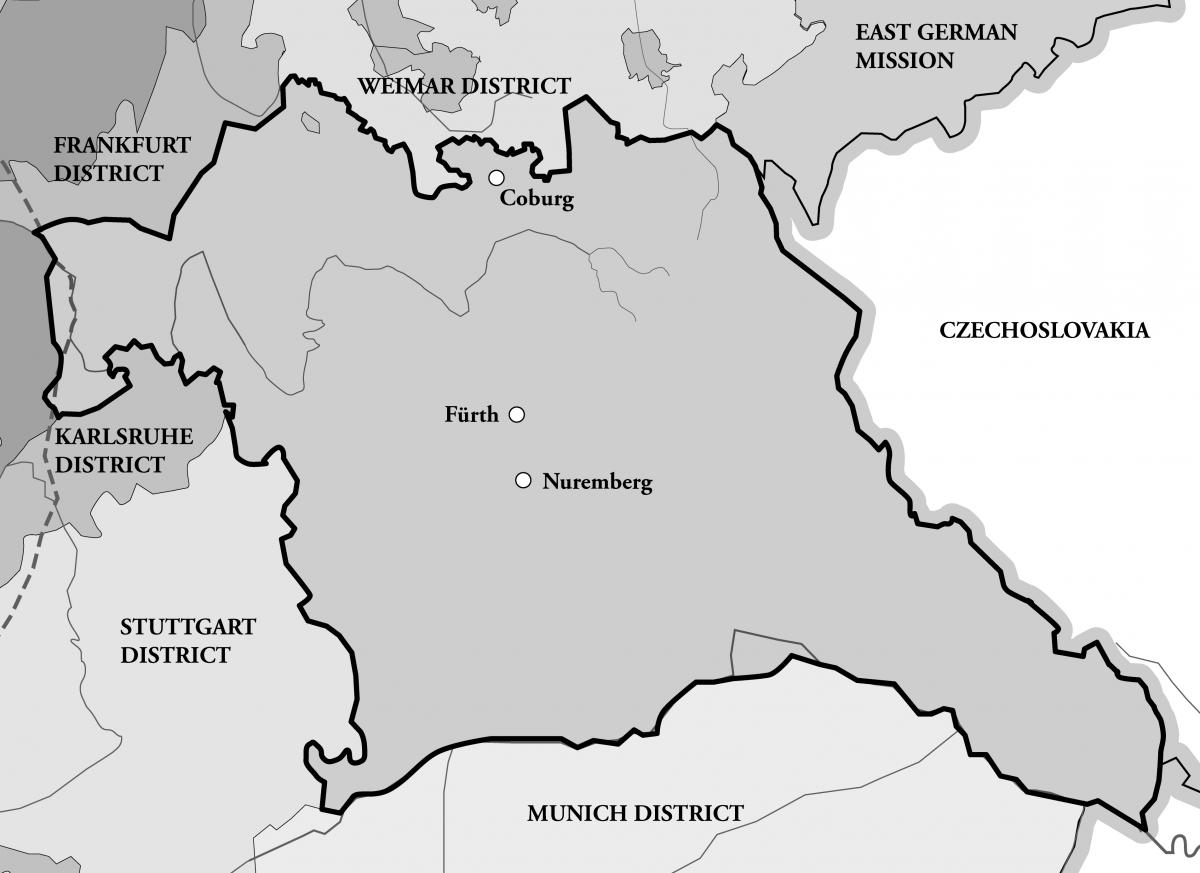 Fig 1. The Nuremberg District consisted essentially of northern Bavaria. Vast portions of the territory had no Latter-day Saint residents.

The meeting rooms of the Nuremberg Branch were located at the time at Hirschelgasse 26, a building that did not have large rooms. The attendance of 973 included persons who attended all meetings (possibly six) held on those three days.

The president of the Nuremberg District was Ludwig Weiss. Little is known about him, but he was apparently dedicated to the work of the Church, because his name is seen frequently in the records of branch, district, and mission conferences in Munich, Austria, and Frankfurt.

Daughter Waltraud Weiss (born 1930) recalled that as part of the district conferences, “we also held bunte Abende [musical or theatrical programs]. Once, we had an opera night. Many other members of the district attended. The rooms at Untere Talgasse were large enough to hold those conferences. All of our free time was connected with Church activities.” [3]

Waltraud also recalled that her father often sneaked out the back door of their apartment house on Sundays to go to church, trying to hide his activities from a neighbor who was an ardent Nazi. The man was always on the lookout for some reason to report Ludwig Weiss to the police. The informer was also unhappy about the fact that Sister Bertha Weiss was not employed, preferring to stay at home with her daughter Hertha, who suffered all of her life from a kidney disease. Despite her ailments, Hertha was required to serve a duty year away from home. Her labor assignment (maintaining aircraft) may have contributed to a decline in her health; she died in 1946 at twenty-two.

President Weiss was a veteran of the Great War and was too old to serve in the German army, but he was inducted into the home guard in the last year of the war. Fortunately, a friend helped him avoid Volkssturm service on Sundays so that he could attend to his church duties. The friend warned President Weiss when other members of the group inquired about his absence. Thus Ludwig Weiss was able to spend the entire war at home in Nuremberg, where he could serve the Saints. Waltraud recalled how he went in search of the members of the Church following air raids in order to determine their status and needs. In the recollection of Lorie Baer, Weiss also served as the branch president in Nuremberg after Paul Eysser was drafted. [4] 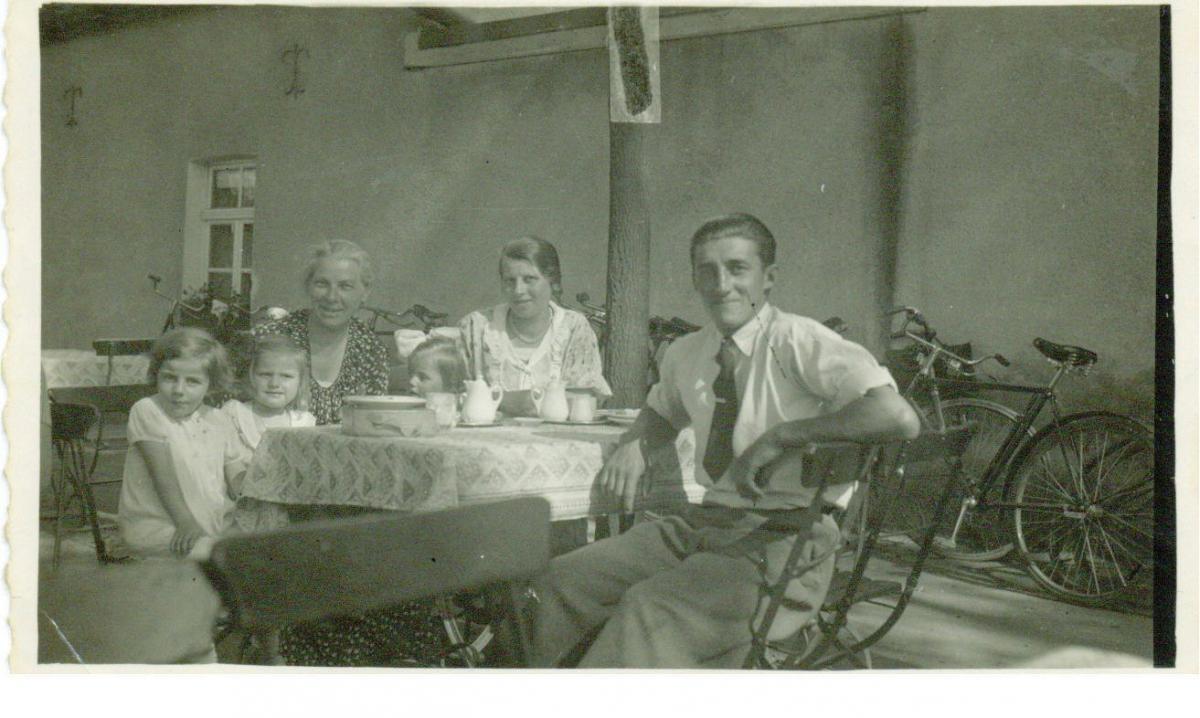 Fig. 2. Georg and Elisabeth Gentner moved from Nuremberg to Bamberg during the war. They are seen here in about 1939 with their children and Elisabeth’s mother, Kunigunde Schöpf. (G. Gentner Kammerer)

Several eyewitnesses recalled Ludwig Weiss as a strict man, though not unfriendly. Young Helga Mördelmeyer remembered him visiting her family one evening. “He reminded us that our curtains weren’t closed enough [for blackout regulations] and that too much light would come through at night. He wasn’t pleased and made us fix it.” [5] President Weiss was, of course, concerned primarily about the family’s safety in the absence of Helga’s father, who was away in the Wehrmacht.

In 1943, the Gentner family moved from Nuremberg to Bamberg. Within a few months, they learned that other Latter-day Saints had come to that city, namely the Ostertag family. A Brother Hansen from Kiel in northern Germany also had moved to Bamberg with his wife and two sons. He was asked to lead the group of Saints there, and they began to hold meetings at Urbanstrasse 6. According to Gerda Gentner, they continued to hold meetings there until after the war. [6]

Survivors recounted that all three branches of the Nuremberg District were still functioning at the end of the war, though the Saints in that part of Germany had suffered greatly from the loss of housing. Deaths among Church members in the district were also quite high in number.

[2] Waltraud Weiss Burger, interview by the author in German, Fürth, Germany, May 27, 2007; unless otherwise noted, summarized in English by Judith Sartowski.