Clark Hillam, a missionary from Brigham City, Utah, was assigned to work in Nordhausen in early 1938. He had the following recollections:

On a given Sunday, we would have quite a few visitors and about twenty-five people total. Sister Kopp, who was a nonmember, played the organ for us. It was a pump organ. In this branch, we met in the mornings and then again in the evenings. Sunday School was held during the morning hours, and then everybody came back for sacrament meeting in the evening. I remember having Primary and Relief Society during the week, but as I can recall we did not have MIA. There were mostly adults in this branch but also a few children. During sacrament meeting, we usually only had adults attending. [1]

A year later, the branch president was an American missionary, Louis J. Haws. The only other persons listed in the branch leadership directory in July 1939 were Maria Hoffmann as secretary of the Sunday School, and Maria Helene Schirmer and Augusta Ortlieb as the leaders of the Primary organization. [2] The meeting schedule showed only Sunday School at 10:30 a.m. and sacrament meeting at 7:00 p.m., with the Primary meeting on Thursdays at 3:00 p.m. 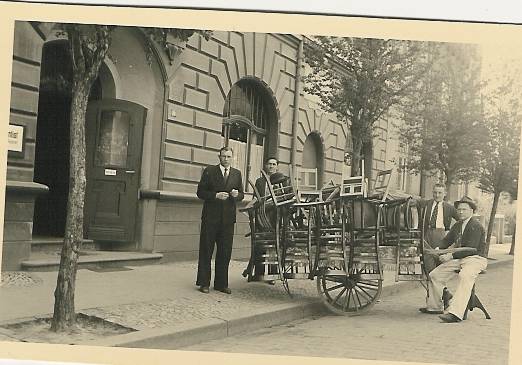 Fig. 2. Clark Hillam took this picture of missionaries and a friend moving chairs into the new meeting rooms at Waisenstrasse 5 in May 1938. (C. Hillam)

Agnes Fuchs (born 1928) recalled the branch in the early years of the war: “There would have been eight to ten adults in the meetings. We also had many children—sometimes even twenty (many of whom were not members). I liked that atmosphere. Brother [Karl] Brachmann from Erfurt was responsible for us. We really didn’t have any [Nordhausen] men in the branch.” [3]

In May 1938, the missionaries had been able to find a relatively nice place for the branch to hold its meetings. Clark Hillam and his companion had secured the new meeting rooms: “We moved from an older building to a newer one, essentially a pub. The missionaries were responsible to find the new building. I was so heartsick because I wanted to be there for the first meeting in the new meeting rooms. I had worked so hard to find those rooms, and they transferred me the day before the first meeting.” 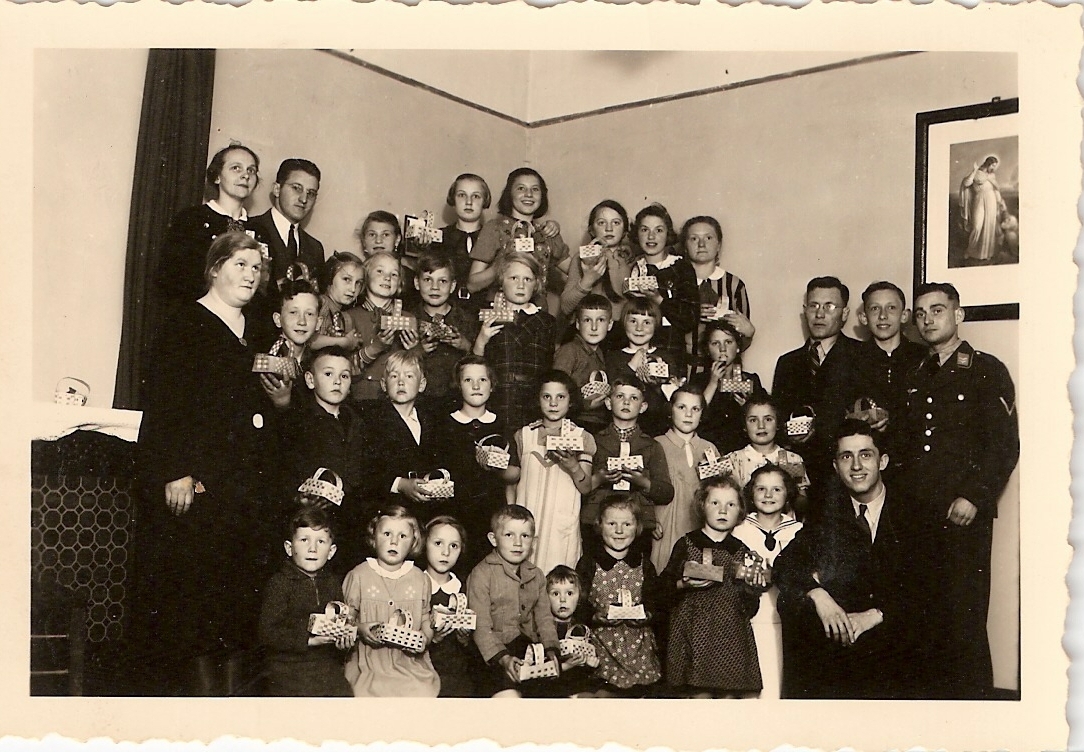 Regarding the meeting rooms, Agnes Fuchs recalled the following: “We also had a piano on which we could play some hymns. Most of the members could not play, so we just sang without the accompaniment. We did not have any pictures or decoration on the wall. If we wanted to use some pictures, we would bring them and take them home after we were done.”

Agnes recalled her fondness for Sisters Ortlieb and Schirmer, essentially the only adults who consistently attended church meetings during the war. They held gatherings in their homes on occasion and were always surrounded by numerous children.

A young teenager during the war, Agnes was one of a generation of German historians would later call the Jugend ohne Jugend (youth without a youth). The typical activities common among children and adolescents were simply not available very often under wartime conditions: “We could do things like going to the movies, but often those activities were interrupted by air raids, and we had to find the nearest shelter. That is what made it less fun for us, so we decided to stay home most of the time. We had our friends from school also, but most importantly we had each other as siblings.” Her siblings still at home during the war were Horst, Hermann, and Linda. The two boys were drafted in the later war years, as was their father, Emil Fuchs, who was not a member of the Church. He was employed in a local tobacco factory and was drafted despite his age (he was born in 1901). The family believed that his draft notice had come as a result of the fact that Emil had refused to join the Nazi Party. 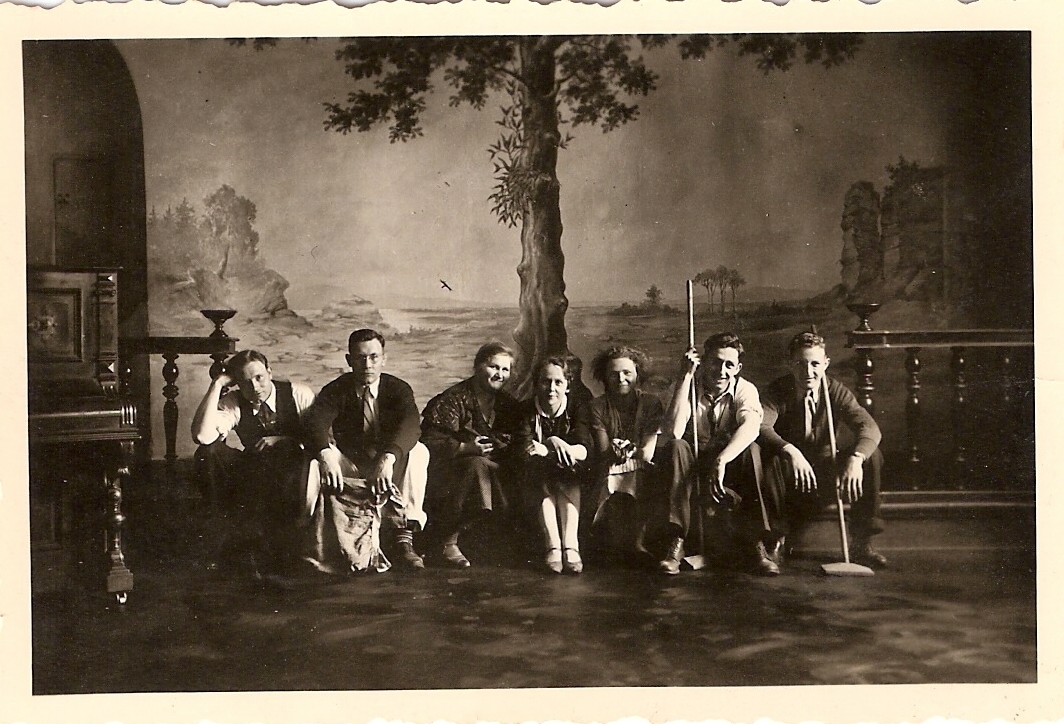 Fig. 3. Missionaries and branch members cleaned the meeting rooms at Waisenstrasse 5 before the chairs were delivered in May 1938. The branch met there throughout the war years. (C. Hillam)

Just two miles northwest of Nordhausen was a large underground aircraft factory called Dora. [4] Once the Allies learned of its existence, they made many attempts to destroy it, and the resulting air raids caused great damage in nearby Nordhausen. As Agnes recalled:

Nordhausen suffered from three air raids, of which two were very severe. I was nearly killed during one of them. I was asked to go [from Dora] into the city to get some medical records, and then the sirens sounded. I knew that I had to go into the shelter whenever we heard the sirens. But because nothing had happened before when we heard them, I continued my walk toward the downtown. I thought I would be back by the time the alarm was over. On my way, the [air-raid wardens] grabbed me and told me to go back into the basement immediately. I did not want to listen and started walking another way. But they still found me and made sure that I went home to be in the basement with my mother and siblings. That was one of the two large attacks on Nordhausen. Had I not gone back into the basement, something serious might have happened to me. In order to get the medical records, I would have had to go to the city center, where the largest destruction took place. Nothing stood anymore at the end of that attack. That was in April 1944.

Agnes was indeed fortunate. Her family lived on the outskirts of town in a neighborhood that was not seriously damaged. She recalled that bombs landed in front of and behind her home but left no more damage than broken windows. Her home was still standing when the war ended: “Our basement was officially designated an air-raid shelter, but it was not at all safe. It was not built especially for air raids in any way. It would have protected us against shrapnel at best. All in all, we were very blessed so many times.”

The city of Nordhausen was not as fortunate in general. According to official records, seventy-five percent of the structures were destroyed. At least 8,800 people (among a pre-war population of 42,316) were killed during the night of April 3–4, 1945, alone. The city suffered a total of thirteen attacks. [5]

Emil Fuchs was killed in Hungary in 1944. [6] Back at home, his widow, Gertrud, did her best to protect her daughters as Hitler’s Third Reich came crashing down around them. When the American army approached Nordhausen in April 1945, Frau Fuchs and her daughters joined many Nordhausen residents who heeded the recommendation of the mayor to take shelter in the underground facility called the Felsenkeller. There was no significant fighting when the city was invaded. Agnes recalled the day when the mayor of the city announced that it was safe to leave the shelter and return to their homes:

One day, we heard that we were able to go home, so we put my mom [who was a sickly woman] on the handcart again and went home. We found our home in a little bit of a mess because people had looked through everything, but we were so glad to finally be home again. Some of our things were gone, and that might have been because people tried to look for things to exchange for food. [7]

Although Emil Fuchs did not survive the war, his sons Horst and Hermann returned to their mother and their sisters unscathed. The family apartment was intact, and life could begin again for them and the other survivors of the Nordhausen Branch. The American invaders had been replaced by Soviet occupation forces, but even that would be tolerated with time. Fortunately the meeting rooms at Waisenstrasse 5 had also survived the war and continued to serve as the home of this very small group of Saints.

No members of the Nordhausen Branch are known to have died during World War II.

[4] Readers may recognize the name by association with the concentration camp Dora-Mittelbau, which was established close to the factory. Many camp inmates worked in the aircraft factory, but of course they were not free to go to Nordhausen.

[6] Emil had not been baptized into the Church. His wife, Gertrud, joined the Church after the war.

[7] Some of those people may have been inmates of the concentration camp at Dora-Mittelbau; they escaped or were released when the Americans entered the area.