In the history of The Church of Jesus Christ of Latter-day Saints in Austria, the branch in the small town of Haag am Hausruck plays a unique and significant role. Founded largely upon the missionary efforts of Johann Huber just after the turn of the century, the branch grew steadily to become the second largest in Austria when the momentous events of 1938 and 1939 occurred.

According to his granddaughter Theresia Rosner (born 1923), Johann Huber was converted through a friend who had immigrated to the United States. [1] The friend became acquainted with the Church there and then returned to Austria and showed some Church literature to Johann Huber. Brother Huber was baptized in Munich on April 27, 1900, and soon returned to Haag to share the message of the gospel with his family and friends. [2] It is said that he led thirteen families into the Church in the vicinity of Haag.

The Huber farm (German: Hof Huber or Huberhof) is located just outside of the village of Rottenbach, two miles northeast of Haag, and is still owned by the descendants of Johann Huber. The farm played an important role in the lives of many Huber descendants and other members of the Church in Austria and Germany. 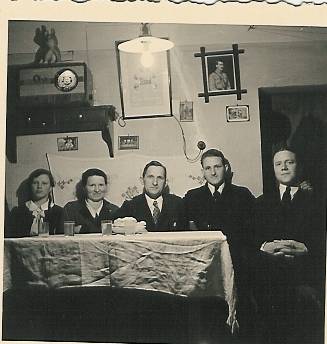 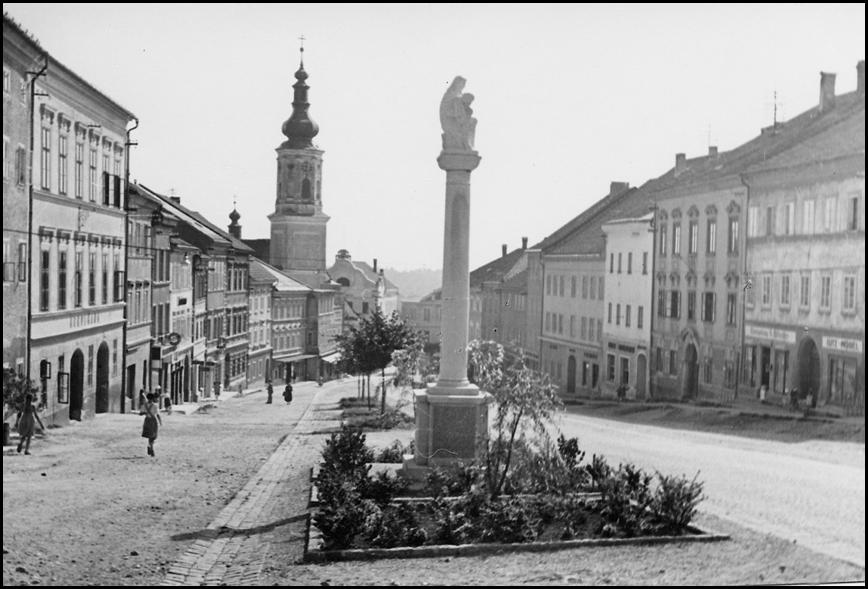 Fig. 2. The charming main street of Haag am Hausruck as it looked during the war. (E. Cziep Collette)

The family of branch president Franz Rosner lived in a building along the main highway leading into Haag from the north. Their address was Kirchegasse 6. Brother Rosner later purchased house no. 7 next door and constructed a room to be used as the branch chapel. Daughter Theresia recalled that the room could accommodate forty persons. “We often had visitors from other branches, too,” she stated. The meeting room was outfitted with a pump organ but was otherwise quite spartan in its appearance. Sunday School was held in the morning and sacrament meeting in the evening, with auxiliary meetings taking place during the week. Margaretha Dittrich (born 1931) recalled:

There was also a small podium in the room. We had a picture of Joseph Smith behind the podium. There must have been about twenty people who attended the meetings. Sunday School started at 9 a.m. and at 5 p.m.; we all came back to hold sacrament meeting. . . . We did not have a sign at the side of the building saying that we met there. There were too many Catholics in our area, and if they had known, they would have [persecuted] us more than they already did.[4] 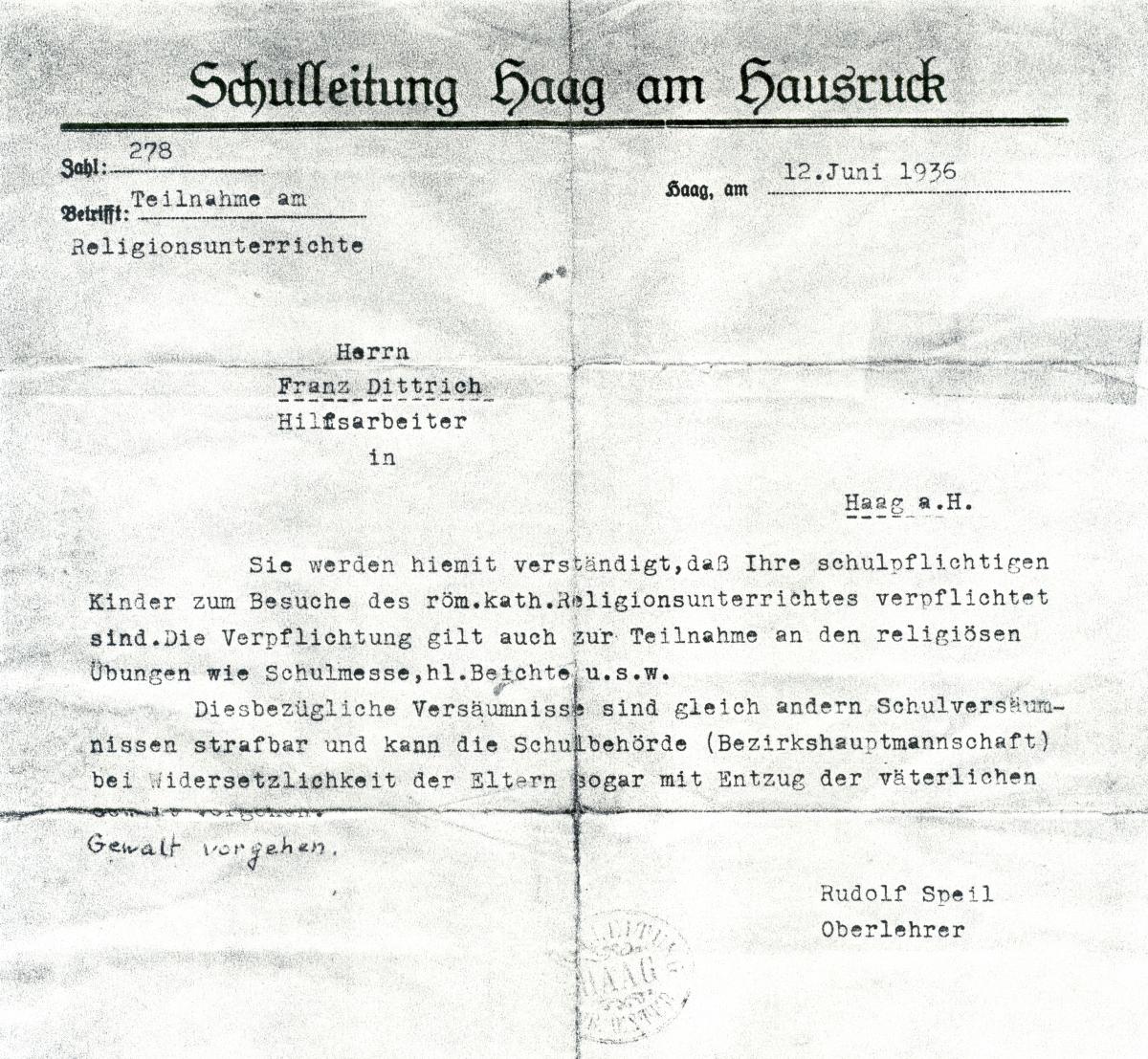 Fig. 3. Franz Dittrich received this stern warning from the principal of the local school regarding the required participation of his children in Catholic instruction. (H. Rosner)

Branch member Theresia Rosner said, “Our branch had a very wonderful climate; we knew each other very well, and support was always needed and given.” Perhaps the need for support was a result of the fact that those few Saints were living in an otherwise entirely Catholic rural community of 1,819 residents.[5] Before the war, Brother Rosner was accused of keeping his children from attending Catholic religion classes in school but was able to defend himself in court against that charge. Neighbors were not very tolerant when it came to having a “sect” holding meetings in a local residential structure such as Kirchgasse 7, and they sought ways to make the Rosner family’s life difficult.[6] 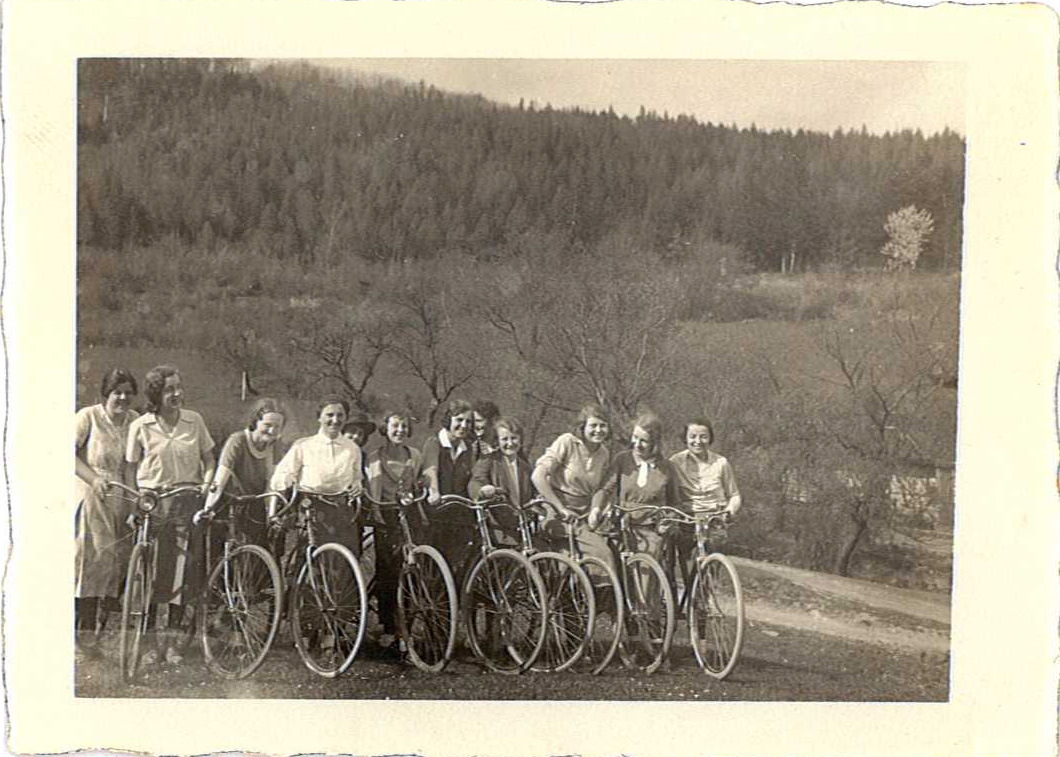 Fig. 4. The sisters of the Haag and Frankenburg branches enjoy a bicycle tour. (T. Rosner Thill)

Immediately after joining the Church in 1935, Franz Dittrich had difficulties similar to those of Franz Rosner. One year later, Brother Dittrich received a letter from the local school authority reminding him that the law required him to send his children to Catholic instruction in school, as well as to the Catholic Church for school-related events. The letter threatened that his children could be taken from their home in the case of noncompliance. Soon after this dispute, Franz Dittrich lost his employment as a master baker. 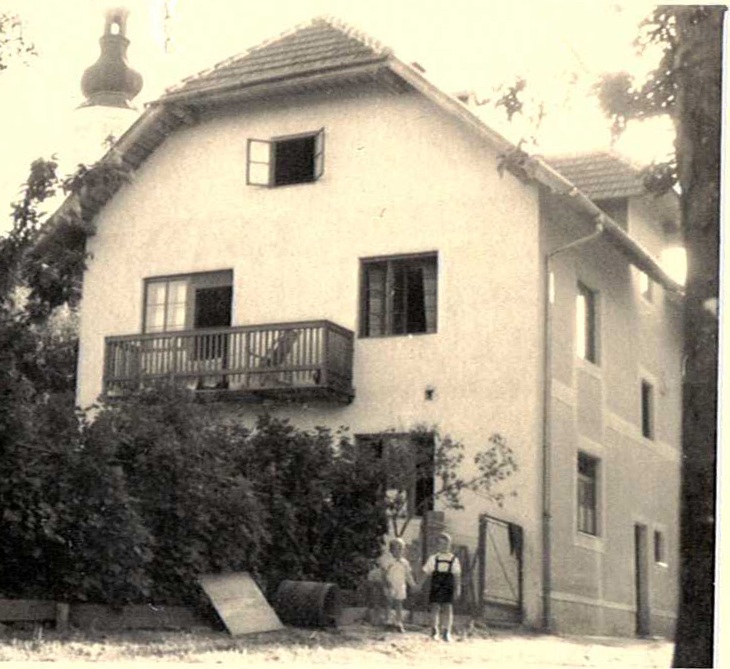 After the Anschluss (Austrian annexation) in March 1938, life under Germany’s swastika flag changed very quickly for the Dittrich family. Young Hildegard (born 1927) was substantially underweight and thus sent off to Germany to a children’s convalescent home for six weeks. She did not gain weight there. Four months after returning home, she was sent away again, this time to the Heinisch family in Westphalia for one month. As she recalled, “I had a great time with that family, lots of food and fun. [But] they belonged to the Lutheran Church and I had to go with them to their church. . . . My parents were glad to see me come home and I was glad to be home with my family and that I could go to church and Primary again.”[7] 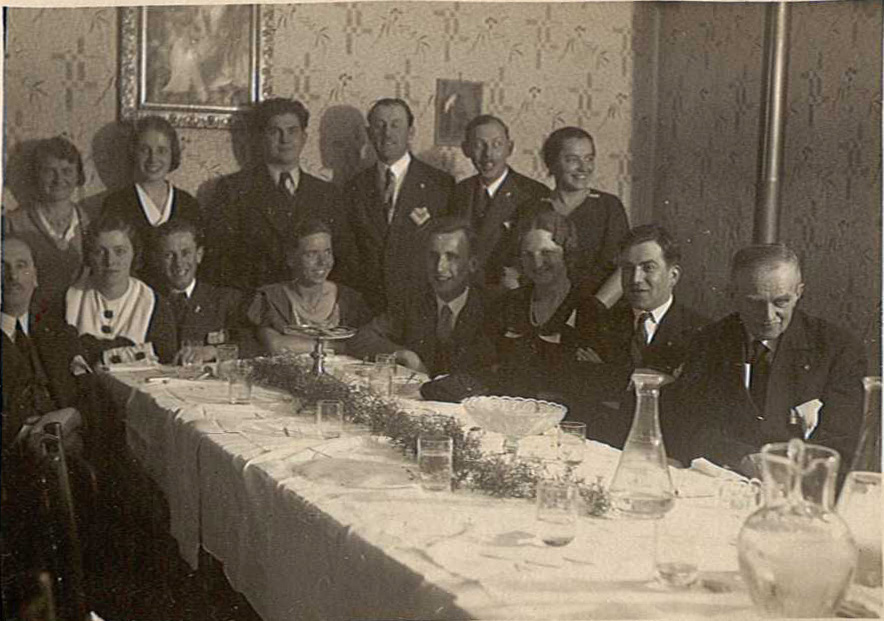 Unfortunately, the Dittrich family suffered two tragedies in less than a year: daughter Ernstine died in November 1939 and her brother, Franz Xaver, followed in July 1940. According to Hildegard, “My parents were very glad and thankful that they had the gospel which gave them the strength to overcome all these trying times.” By October 1939, Franz Dittrich had found new employment in Frankenburg, and the family moved to that small town the next year.[8]

Despite the problems of being LDS in a Catholic town, Theresia Rosner felt very much at home in her Hitler Youth group, the meetings of which did not interfere with her attendance at church meetings. At the age of seventeen, she was assigned to work in the home of a family in Munich under the Pflichtjahr program. She was already acquainted somewhat with the city and the branch there, having taken the long bus ride with her family on several occasions to attend district conferences there. 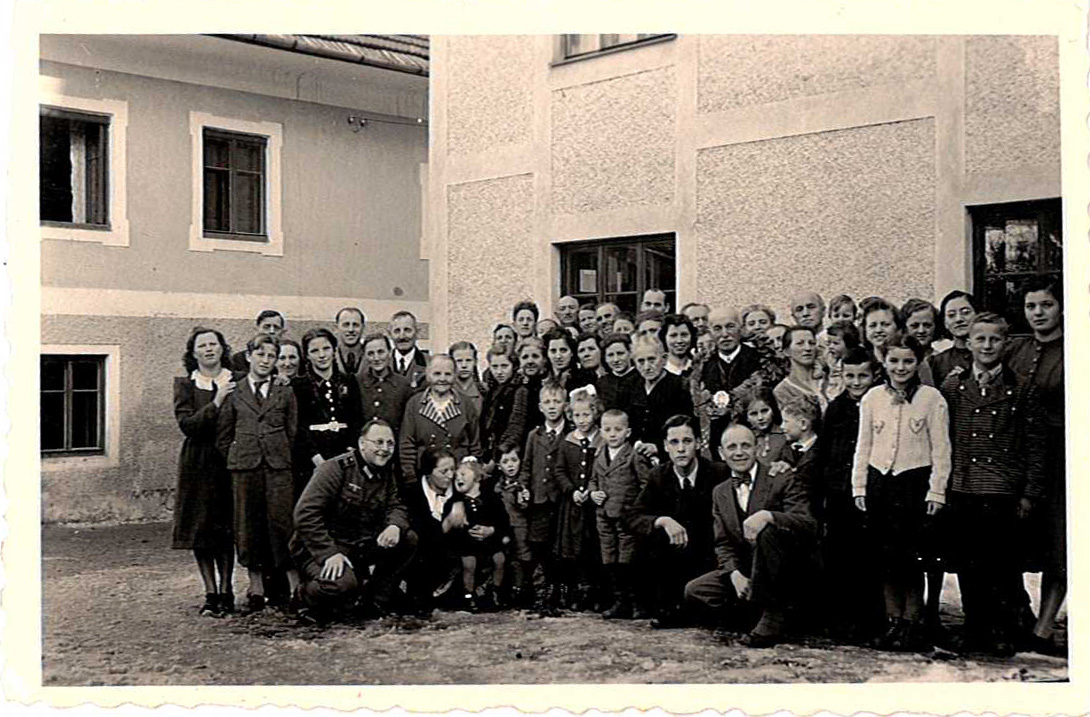 While in Munich, Theresia was given time off to attend meetings of the Munich Branch at Kapuzinerstrasse 18. The Weiss family of that branch saw to it that she had a way to church. At the completion of her year, she returned home and sought work nearby. The employment office found her a position with a family in the town of Ried, only ten miles west of her home in Haag. While in Ried, Theresia received word that her grandpa Huber passed away in late November 1941. Just a few weeks later, her brother, Wilhelm, died of meningitis at the age of nine. Franz Rosner then asked his daughter to come home to fill the void in the family, and she did. 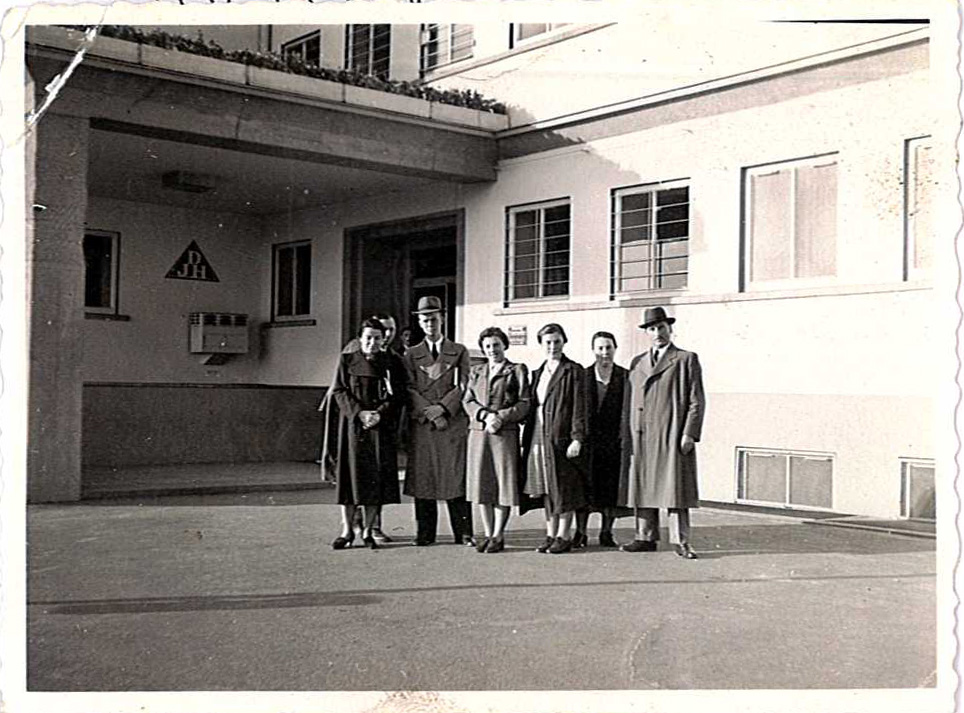 Fig. 8. These members of the Haag Branch traveled to Munich for a district conference. (T. Thill)

The condition of the branch during the war was described by the former branch president Franz Rosner and his wife, Leopoldine, in an interview in 1974: “We had about fifty to sixty members at the time. All of the young men were gone [in the military], but there were older priesthood holders at home the whole time. There were no Nazi Party members in our branch that [we] can recall. We were very fortunate in that none of our branch members died [as a result of] the war.”[9]

There were no air raids over Haag, and no battles took place when the Americans moved through the area in April 1945, but Theresia recalled enemy fighter planes cruising by at very low levels to shoot at people in the area. No members of the Church lost their homes. “We had no interruptions in our branch meetings all through the war. As for me, my life was never in danger,” she recalled.

In wartime, the Huberhof continued to be a gathering place for family members and other Latter-day Saints. In 1941, Albert Göckeritz, president of the Chemnitz District of the East German Mission, spent ten days with the Rosner family for a much-needed vacation.[10] At the end of the war, Gertrud Hoppe, widow of the Breslau District president, sought refuge at the Huberhof with her children and stayed for four years.[11] 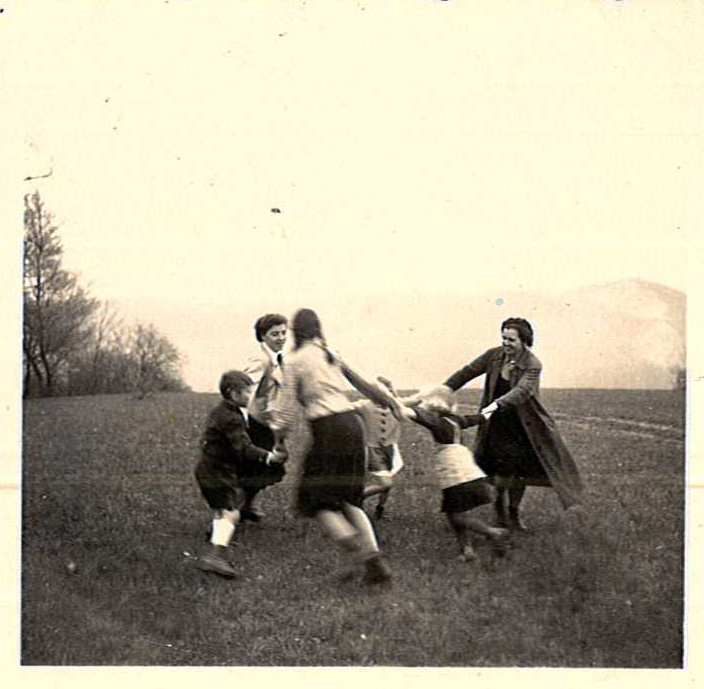 Fig. 9. Even in wartime, children knew how to amuse themselves. (T. Thill)

After the war ended, the absent members of the branch in Haag am Hausruck gradually returned to their homes and carried on their lives as Latter-day Saints, anxiously awaiting the day when they would have their own church building and real freedom from religious persecution.

One of the first postwar events in the Haag Branch was the baptism of a convert from Breslau, Silesia (East German Mission)—former Wehrmacht soldier Paul Gildner. He and Hanni Goetzeberger were driven by an American soldier in a jeep from Salzburg to Haag for their baptism. The driver was stopped en route at an American checkpoint and asked the identity of the Germans he was transporting. He answered that they were “Nazi swine” whom he was taking in for questioning. They were allowed to pass and reached Haag safely.[12]

The following members of the Haag Branch did not survive World War II: 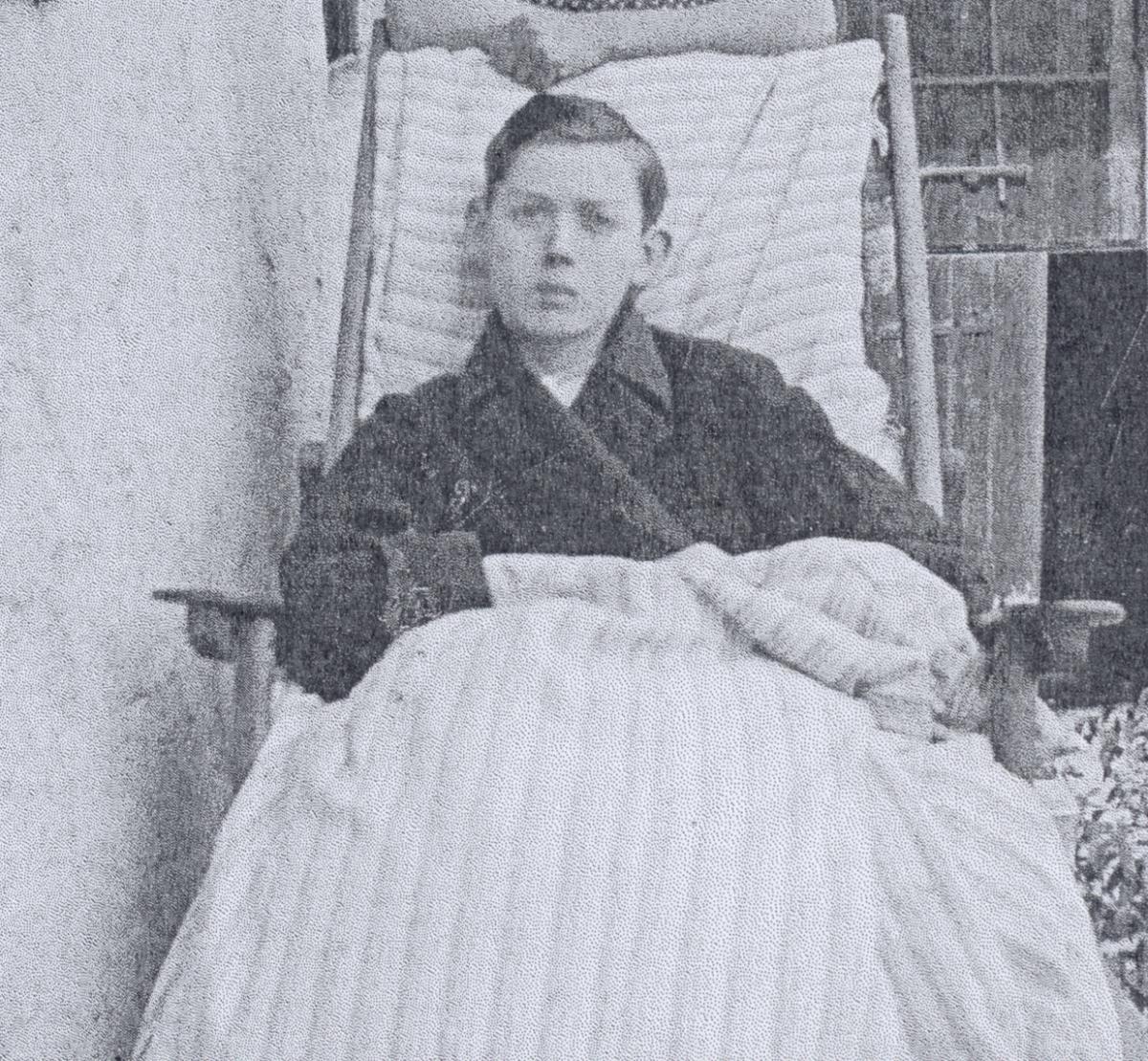 [1] Theresia Rosner Thill, interview by the author in German, Haag am Hausruck, Austria, August 7, 2008; unless otherwise noted, summarized in English by Judith Sartowski.

[2] Details of the story were published in the Deseret News on August 5, 1978, under the title “Stalwart John Huber,” by William G. Hartley.

[8] See the Frankenburg Branch chapter for more on the Dittrich family.