Situated on the right bank of the Elbe River twenty miles downstream from Hamburg, Glückstadt was a city of about ten thousand inhabitants in 1939. The branch of Latter-day Saints in that city consisted of only thirty-nine persons, and four were elders. According to the mission directory, all branch leadership positions were filled at that time by members of the Sievers and Teichfischer families. [1]

When World War II began, the branch was holding meetings in rented rooms at Am Fleth 60, a place the Saints were privileged to call home throughout the war. Hanna Helene Sievers (born 1930) recalled one large room that served as the chapel in the back of the building and two smaller rooms for classes. There was a sign in the front window to the street indicating the presence of the branch in that building. Hanna’s family moved into an upstairs apartment in the same building in 1939. [3]

Sunday School began at 10:00 a.m. and sacrament meeting at 7:00 p.m. The Relief Society met on Tuesdays at 7:45 p.m. and Mutual on Thursdays at the same time. A genealogy class was held every first and third Wednesday of the month at 7:45 p.m. There were too few children then to hold Primary.

Hanna provided the following example of the dedication of Glückstadt Branch members: “I remember that my grandparents always came to church—whether it was good weather or bad. Even if it snowed, they put on an extra pair of socks—they always attended church. They walked three miles one way, and the first meeting started at 9:00 a.m. They were strong in the gospel, and all the members helped each other.”

According to Hanna’s elder sister Marianne (born 1923), some of the members of the branch lived in neighboring towns and came to Glückstadt for meetings from as far away as Itzehoe, ten miles to the north. [4] Because both sisters were required to participate in the League of German Girls, they had to miss church meetings on occasion. “I was not very happy about that,” recalled Hanna. “Once the police came and picked me up.”

When the war began on September 1, 1939, Marianne had already finished her public schooling and was working in a shoe store. According to her recollection, “I often took people from work to church with me on Sundays. They all knew that I was a member of the church.”

Hermann Sievers was a Social Democrat, like so many people in the northern German cities. According to his daughter Hanna, he was not afraid to voice his political opinions, and his outspokenness caused considerable trouble. “Once they dangled him from a bridge and demanded that he deny his faith, but he refused to do so. Another time, they held a gun to his head and demanded the same thing. They even picked him up from work one day and examined his records, then let him go. This all happened during the war.”

Life goes on for young and old during wars, and Marianne Sievers fell in love with a lifelong friend and fellow member of the branch, Richard Fock. Her story reads as follows: “We had known each other long before he left to serve in the military. We gave each other a star in the night sky that would remind us of each other. We kept a promise that we would wait for each other.” Richard (born 1924) was a priest in the Aaronic Priesthood and recalled that he had fallen in love with Marianne when he was fifteen. [5] 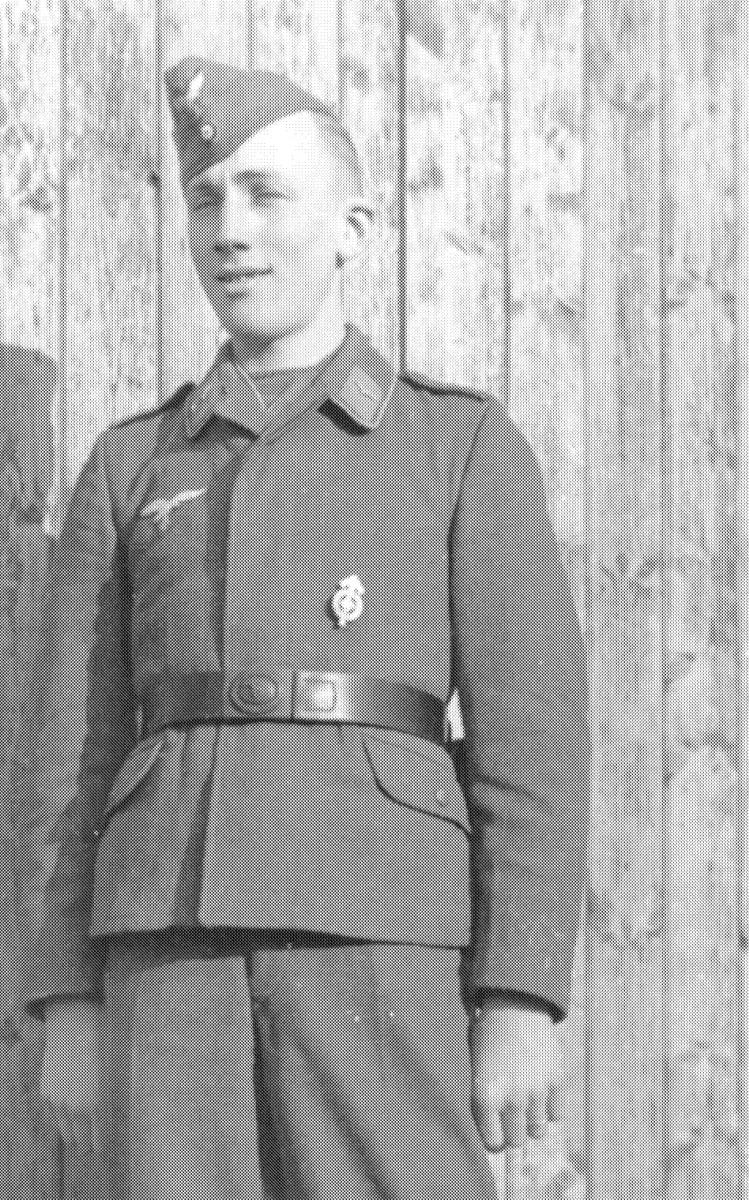 Richard had planned to be a railroad mechanic and in the summer of 1942 completed a three-year apprenticeship. At seventeen, he was just the right age for military service and was told that if he volunteered, he would be assigned to the Luftwaffe (air force). He was also told that if he did not volunteer, he would be drafted into the infantry. He chose the better option, hoping to become a pilot. Unfortunately, he was soon disappointed to learn that he was to serve as an aviation mechanic and would not be flying airplanes. The various stages of his training took him to Giessen, Germany, and then to Warsaw, Poland, and eventually to Charkow, Ukraine. It was there that he first saw a Russian fighter shot down. He observed in his autobiography, “Later I saw many planes shot down, as well as many emergency landings and accidents, also involving German airplanes. I was glad that I had not become a pilot.” [6]

Unlike the terrible suffering of their fellow Saints in Hamburg, the members of the Glückstadt Branch did not lose their homes or starve during the war. Hanna Sievers explained that they sometimes came home from shopping trips without specific food items (despite having the required ration coupons). However, the family was fortunate to have a small garden plot and thus avoided starvation. Sister Sievers also worked on a farm now and then and enjoyed the advantages that came with that labor situation.

Unlike the situation in most LDS branches in Germany, attendance in the meetings of the Glückstadt Branch actually increased during the war years. Several families who had lost their homes in the attacks on Hamburg moved north and found places to live in and near Glückstadt. One of those was the family of Adelbert and Anna Koch of the St. Georg Branch in Hamburg. Sister Koch’s mother belonged to the Glückstadt Branch. Young Brunhilde Koch (born 1934) recalled seeing perhaps forty people in the meetings on a typical Sunday in 1943–44. [7] The family returned to Hamburg in 1944 and experienced the end of the war there. 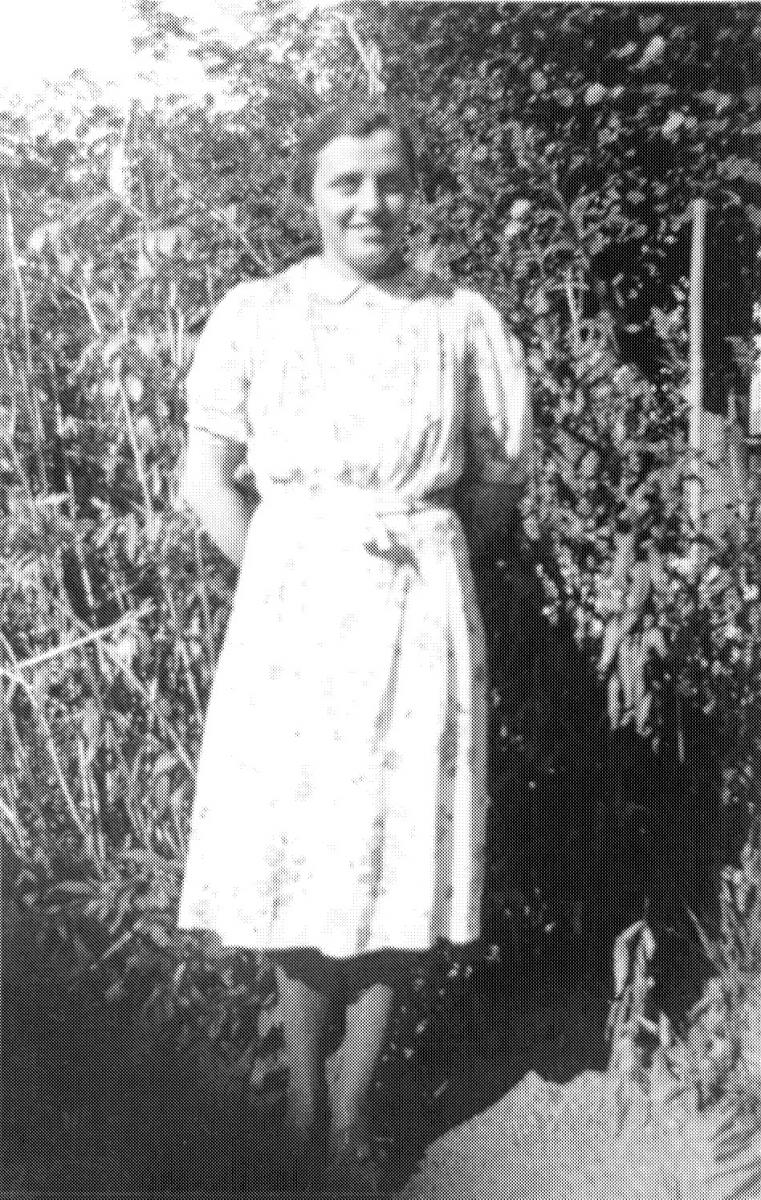 Glückstadt was not a large city, but there was a major railroad yard there that attracted the attention of enemy bombers now and then. As Hanna recalled, “The basement of our building was almost impossible to reach, so we went down to the [church] meeting rooms during air raids. There were not many attacks on Glückstadt. Toward the end of the war, one building was hit by an incendiary bomb and burned.”

While away from home, Richard Fock was never privileged to meet another LDS soldier, to attend church meetings, or to read the scriptures. He missed this very much and eventually resolved to do the following:

I swore to myself that as soon as I was released from the military, I would never miss an opportunity to serve the Lord. I was allowed to go home on leave a few times, and I experienced the joy of the reunion and the sadness of separation [from the Saints], even though Marianne would play hymn no. 60 “I Need Thee Every Hour” on the pump organ and I would sing it. That gave us strength and hope for the impending separation. [8]

Richard spent the rest of the war on the Eastern Front that crept steadily westward toward Germany. He served in dangerous conditions on several occasions but was never in battle and never wounded. On Christmas 1944, he was stationed at an airfield in Poland. One month later, he was at Finsterwalde, near Berlin, and there he decided it was time to marry his sweetheart, Marianne, back home in Glückstadt. 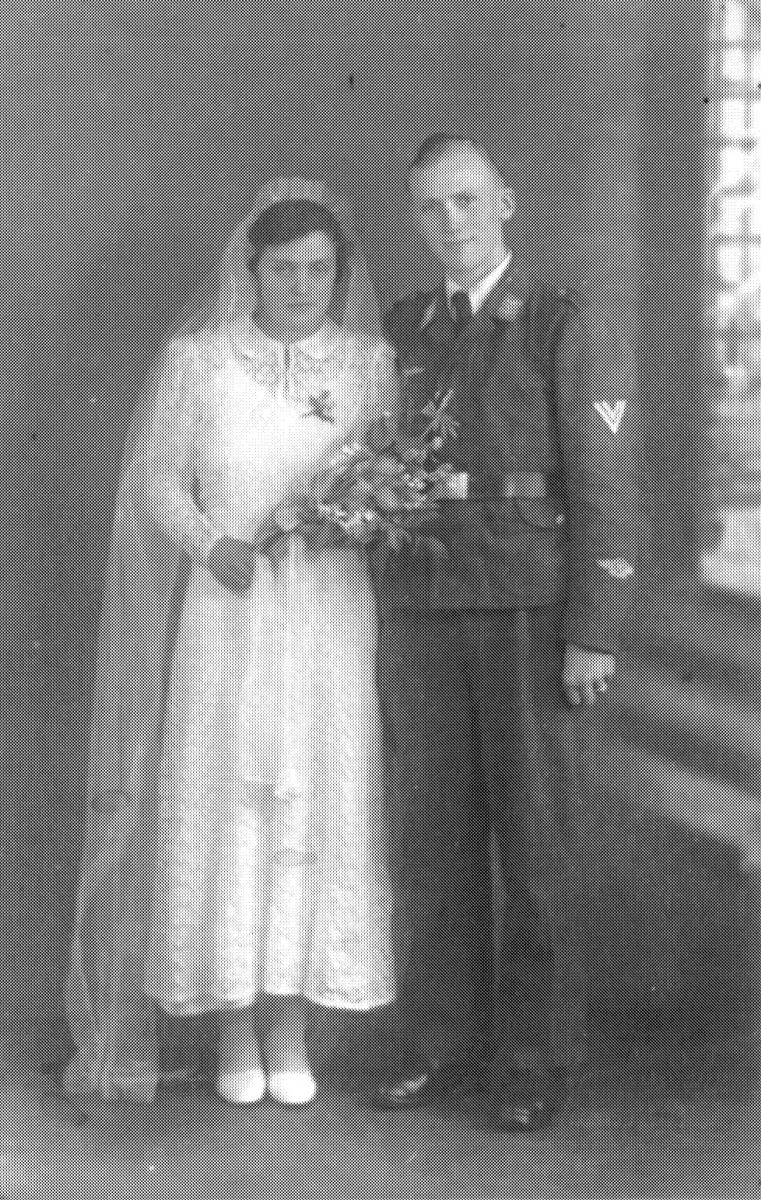 The marriage of two young branch members must have been cause for a special celebration among the Glückstadt Saints in the spring of 1945 when things were looking very bad for Germany. In the words of Marianne Sievers:

We got married on March 3, 1945, in the civil registry office after my husband came home on leave from the Luftwaffe. My father had told me a few days earlier when he would come. On the exact day, he came. We had told the people at Church that we would get married on a certain day and everything worked out very well. [District president Otto] Berndt from Hamburg came and married us. We also had a small celebration with cakes. My husband was home for two weeks, and then he had to return to duty.

Richard expressed his sentiments regarding the wedding: “Those were some of the most beautiful days of our life. Our wedding day represented the attainment of a long-awaited goal.” On March 16, lance corporal Richard Fock returned to Finsterwalde but was soon moved east to Silesia and was still there when the war ended on May 7, 1945. To avoid capture by the Soviets, he and his comrades worked their way south into Czechoslovakia and west toward the city of Plzen, where they came into contact with advancing American troops. When the Germans hesitated to surrender, the Americans countered with an ultimatum: if the Germans did not surrender by a specific time the next day, they would be refused by the Americans and handed over to the Soviets. This was sufficient motivation for Richard and his friends to give themselves up immediately. [9]

Life as a POW was never pleasant, but Richard was pleased to have a tent to sleep in and enough food to avoid illness and starvation. Unlike hundreds of other German Latter-day Saints in POW camps all over Europe and North America, Richard was released very early by the Americans in Czechoslovakia. By July 22, 1945, he was on his way through Germany toward home. In Bad Segeberg, just a few miles east of Glückstadt, he was issued official release papers by the British occupation administration. Although he traveled the last few miles on foot, Richard Fock was not bothered, knowing the trip would end in the arms of his dear wife and the home of his parents. Within days, he was again employed as a railroad mechanic and could look forward to the fulfillment of other personal goals and to a life of service to his God and his Church. [10]

The British army entered Glückstadt in April 1945. There was no fighting, and the Saints there were not bothered by the invaders. Their homes and meeting rooms were intact, and they busied themselves with the task of taking in LDS refugees from eastern Germany. Conditions in Glückstadt were relatively good as they began a new life in a new Germany.

The following members of the Glückstadt Branch did not survive World War II: