In 1939, the city of Cologne was the fourth largest in the Reich with 767,222 inhabitants. Situated on the left bank of the Rhine River, it had been founded by the Romans nearly two thousand years earlier and featured the tallest twin-tower cathedral in the world.

At the far south extent of the Ruhr District (forty miles southwest of Essen), the Cologne Branch was, by population, large enough to sustain itself; but for some reason no functioning YWMIA, Relief Society, or Primary organization existed in 1939. (It is especially curious that a branch with so many adult women had no official Relief Society leadership.) The branch president was Gerhard Geller, and his counselors were Hugo Romboy and Albert Bauske. The Sunday School was led by Johannes Sachon and the YMMIA by Hubert Ernst. The only woman listed was Maria Ernst, who represented the Stern magazine. [1]

The meeting rooms were rented in a building at Mozartstrasse 11. The only available description is provided by missionary George Blake of Vineyard, Utah:

They had a large room and two small rooms. There was a picture of Christ at Gethsemane and a picture of the First Vision on the left wall, and a board to post the numbers of the hymns on the right wall. Typical attendance [in December 1938] was more than thirty persons. The Romboys played a major role in the branch because there were so many of them. [3] 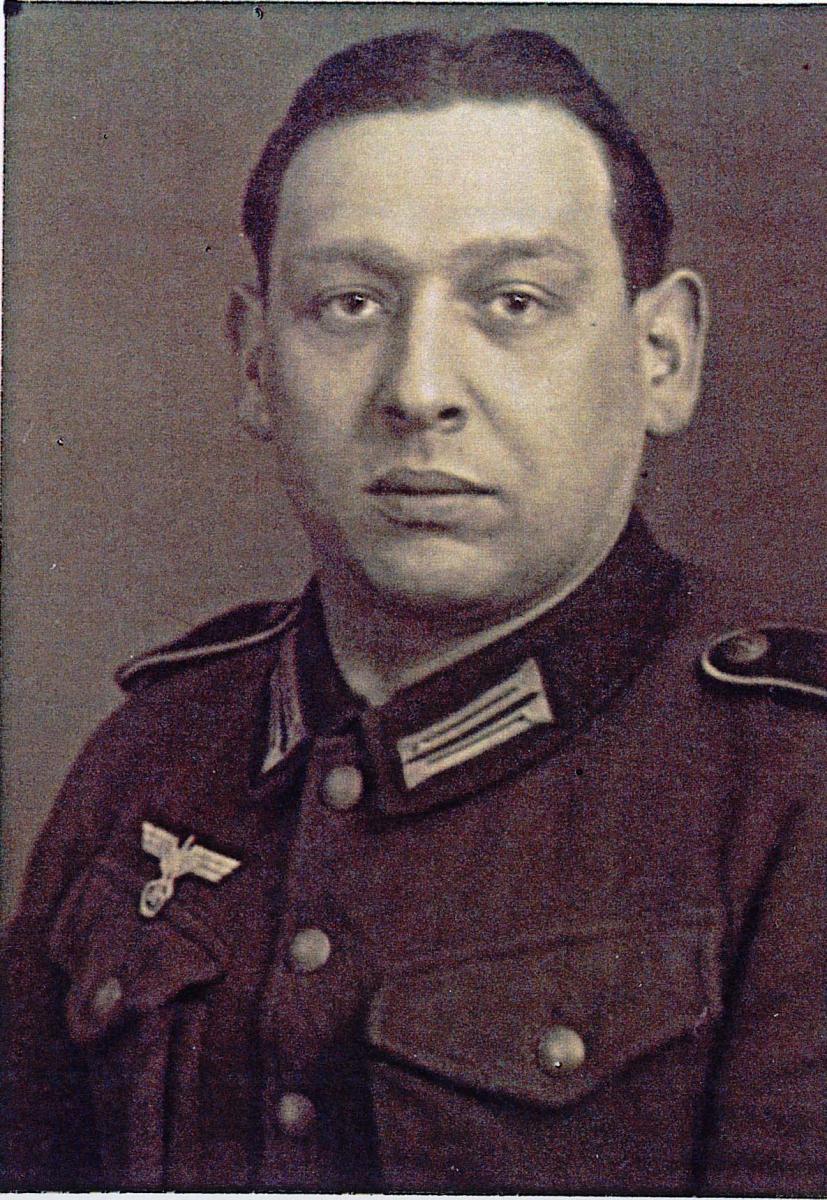 “I remember that my dad [Paul Romboy] was drafted in 1941,” explained Ursula Romboy (born 1939). In addition to her memories of being alone with her mother, Grete, during the war, she recalled the air raids that severely damaged the city in the later years of the war:

We went into our cellar a lot of times during the heavy bombing in 1943 and 1944. There were bunk beds, and my mother took snacks, and so I never remember being afraid. I was excited to see the planes fly overhead in our street, and my mother would grab me and rush me down to the cellar. Our house was not damaged, but there were bomb holes in the street, and the top of the house next to us was destroyed. [4]

In the summer of 1944, Paul Romboy was struck in the leg by several pieces of shrapnel and eventually arrived at a hospital in Lüneburg. He was pleased to have his wife and his daughter come from Cologne to visit him there—a rare privilege for a German soldier. From Lüneburg, he returned to the Western Front, and his family traveled back to Cologne. 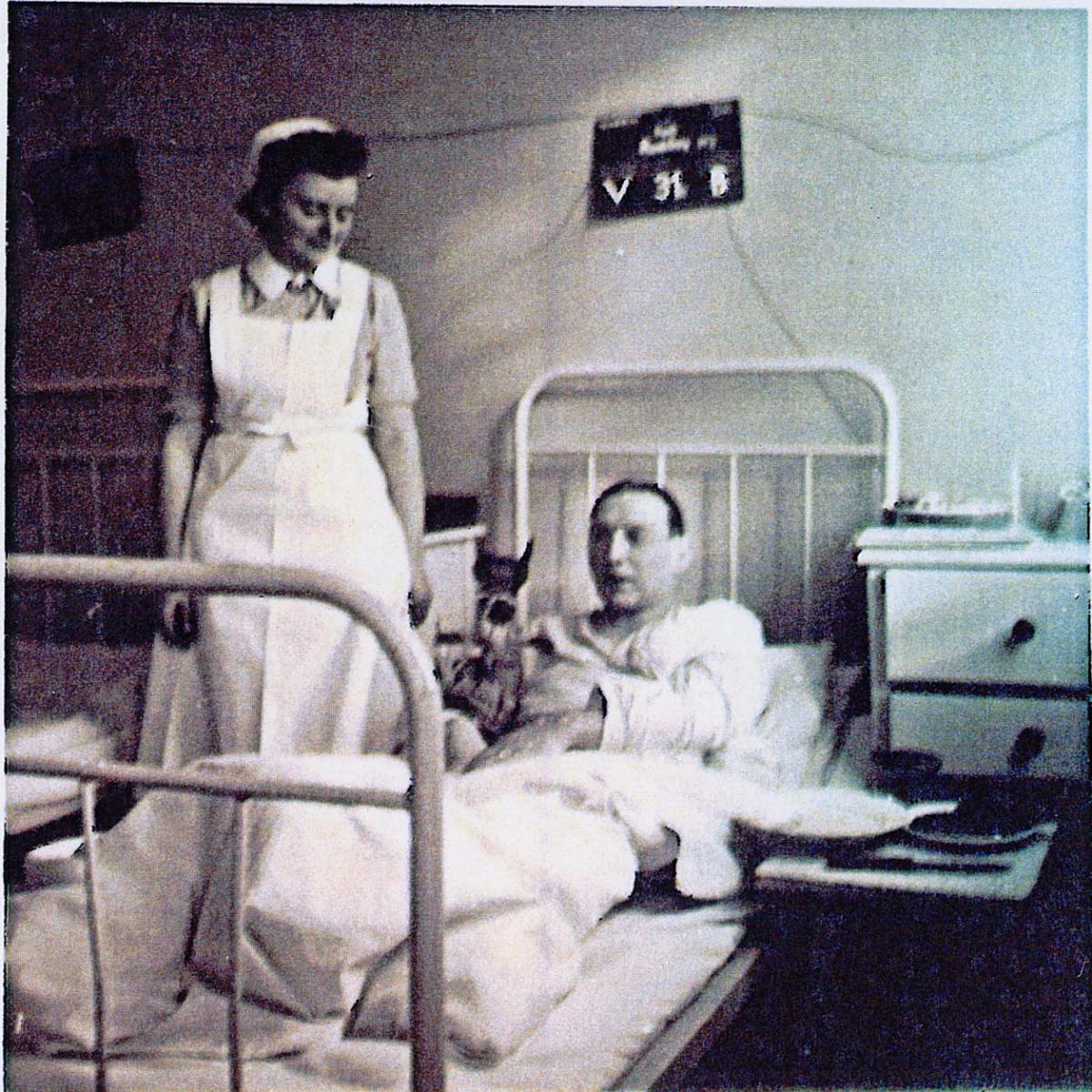 Fig. 2. Paul Romboy in a Lüneburg hospital after shrapnel was removed from his leg in 1944. (U. Romboy Gamble)

In January 1945, life in the smoldering city of Cologne was becoming intolerable. Grete Romboy was evacuated with her daughter to the town of Seeben near Halle in central Germany. Grete’s sister-in-law, Gertrude Romboy, was also there with her four sons. In February, Grete gave birth to a son she named Roderick. The two Romboy families survived the invasion of the Red Army and the end of the war at that location.

In the summer of 1945, the time came for Grete Romboy to take her family home to Cologne. Ursula recalled riding in cattle cars for several days, sitting on straw: “When the train stopped [along the way], maybe we could get some milk or something to eat. When we arrived in Cologne, the bridge [over the Rhine] was totally collapsed. We walked from the station to our home in the center of the city, and we found total destruction with bomb craters as big as houses.” 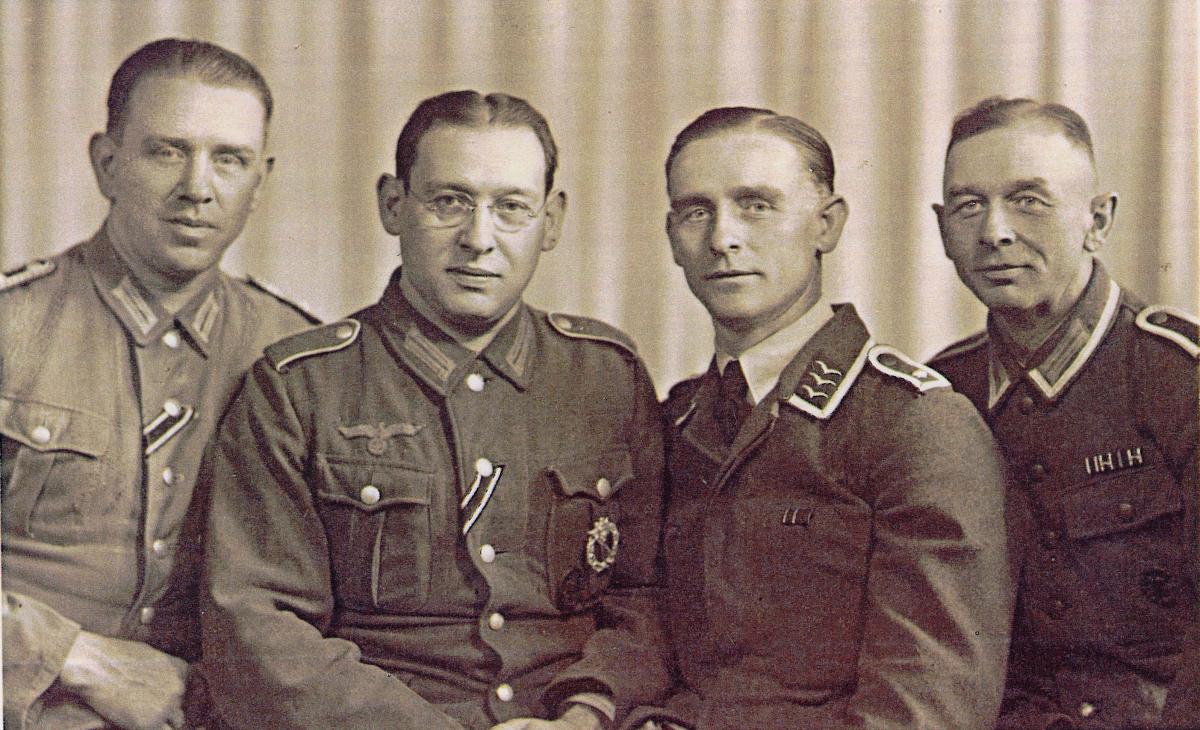 Fig. 3. The Romboy brothers of the Cologne Branch. From left: Karl, Paul, Hugo, and Gustav. (U. Romboy Gamble)

Postwar life in a big city had many challenges, but Ursula recalled that her mother was quite resourceful: “She could make something out of nothing. She once took the curtains down and made us clothes. We used everything, and we didn’t waste scraps.” Sister Romboy needed to be efficient because her husband was a POW and might not be coming home soon. 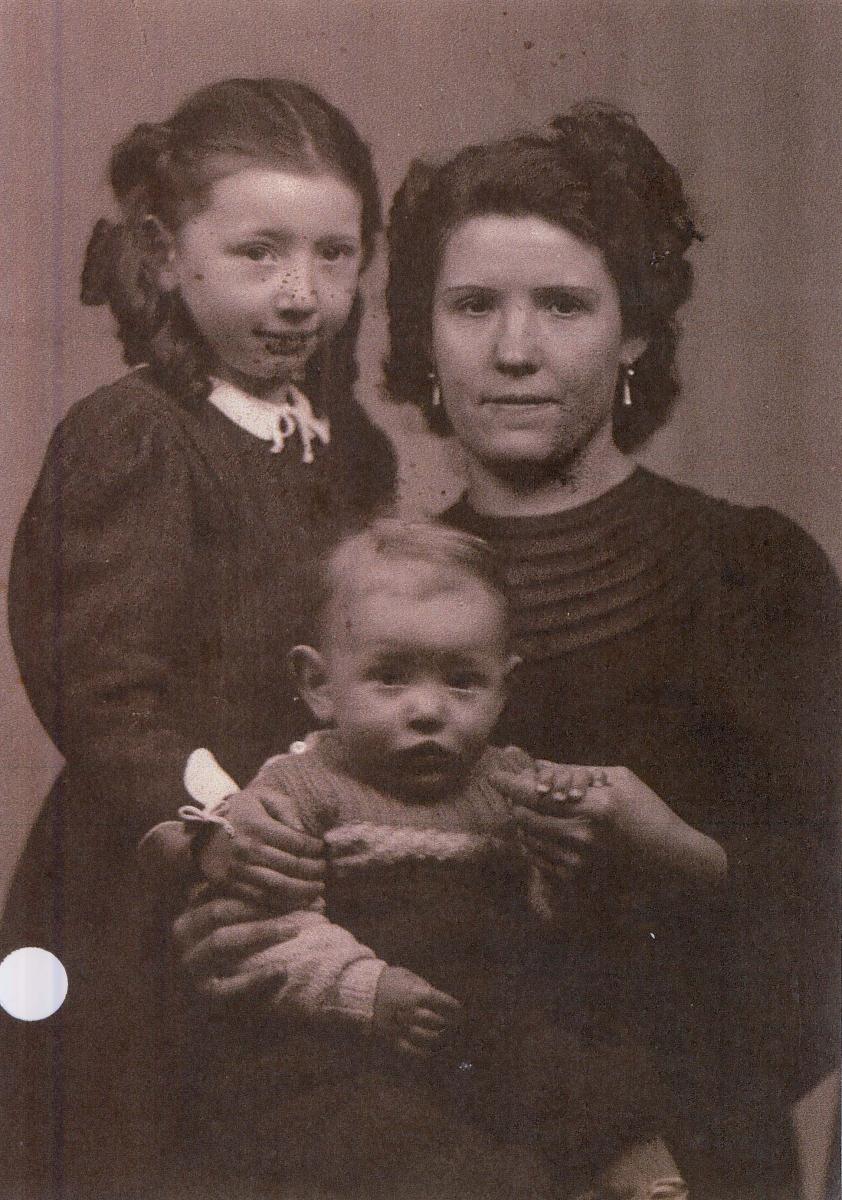 Paul Romboy was captured by the Americans and incarcerated in France after the war. As a typical POW, he wanted more than anything to go home to his family. From March 1946 to July 1947, he wrote at least eighty letters to his wife in Cologne. Those letters have survived and offer important insights into Paul’s physical and mental condition during his time in France. The primary topic was his concern for the welfare of his family. The secondary message was that his own health was good. The third most popular theme was his desire to return to them. Other topics commonly mentioned were the food in the camps, the work he was required to do, and the frequent transfers to other camps.

Because the French censors were always prepared to delete negative statements from the letters written by German POWs, Paul had to be careful to avoid condemning his captors, but enough statements slipped through to let his wife know that he did not trust the French.

The following are comments taken from the letters written by Paul Romboy in France: [5]

April 17, 1946: I hope and strongly believe that the good and the bad in life will balance out, although it seems at the moment injustice is taking the upper hand. . . . Most of all through all this disaster of war we are still alive and our home is mostly intact and then during the worst time of the war the real eternal happiness never left us.

May 12, 1946: The world is one of destitution and of the devil, one must really pass through devil’s gate to gain freedom once more.

July 27, 1946: Every additional day that I spend here makes the reality of captivity more real and twice as hard. This no shaft of light, sometimes I feel like an alien, no promise of home, no mail, no friends and a religion that no one wants to know of and can’t understand. 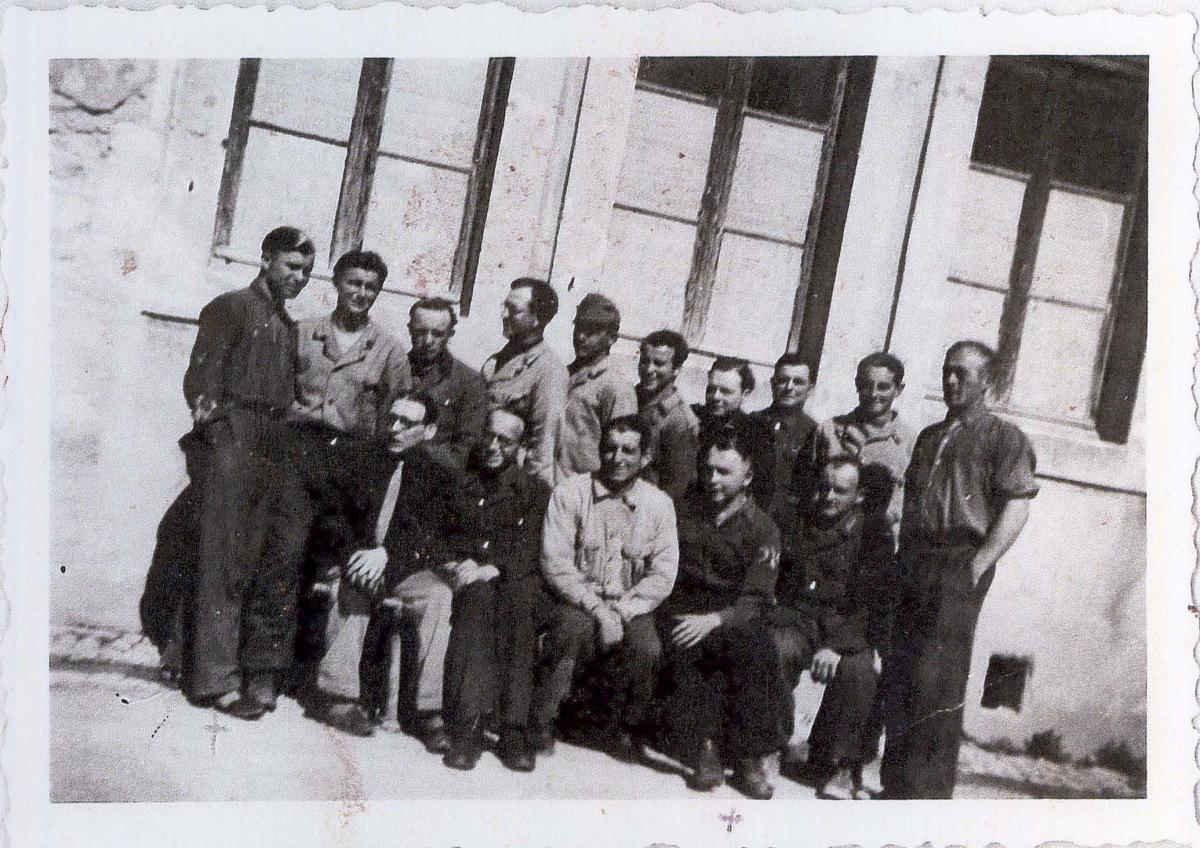 Fig. 5. German POWs in Marseilles, France. Paul Romboy is in the front row at left with the white tie. (U. Romboy Gamble)

August 2, 1946: The Lord let me come here and he always hears my prayers. He will bring me peace and let me return home soon.

September 9, 1946: How often have I thought and wondered how the Cologne Branch is doing, what Mutti is doing and if Roderick has already been blessed in Church. But as long as the branch has not been re-activated he can’t be blessed. . . . Fast Sunday is past but I can still fast next Sunday.

October 18, 1946: Everything comes in due time, such as the food provisions from America. . . . It is good that Church headquarters has not forgotten the members in Germany. [6] 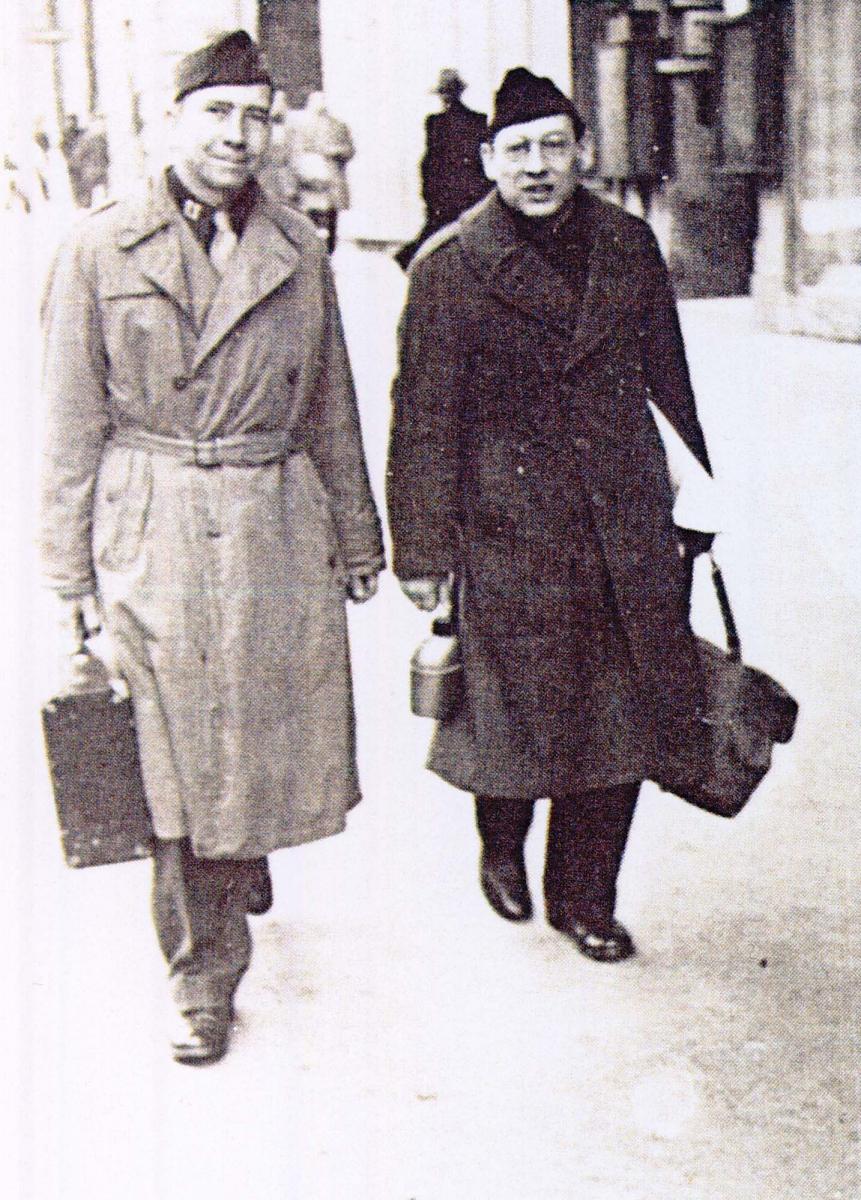 November 3, 1946: At times I feel that there is no decency left here. The best thing is to stay away and keep to myself. The day will come when I can talk to my wife who thinks and speaks my language. Right now all seems very dim, one could just despair.

November 20, 1946: I am a priest and an elder in the Mormon Church and I am desperately needed at home.

December 25, 1946: At 11 p.m. the Catholic priest came from the village and celebrated a Christmas program in a little chapel. I attended it although I was not necessarily spiritually uplifted. But all in all everything was really nice. Then one more thing: the International Red Cross gave all the prisoners a Christmas card and 5 cigarettes.

January 6, 1947: Again I want to stress the fact how the Lord hears and answers my prayers.

February 16, 1947: We are always told not to get too friendly with the French or make any kind of advances toward them.

February 28, 1947: For some strange reason they have taken our stoves from us and also additional lights. This has occurred in every room large or small. Then for some reason salt will now be rationed or none at all. They feed us pea soup at noon and night. So now we sit here in the cold and all that wood is stacked outside . . . They seem to get pleasure out of annoying us. 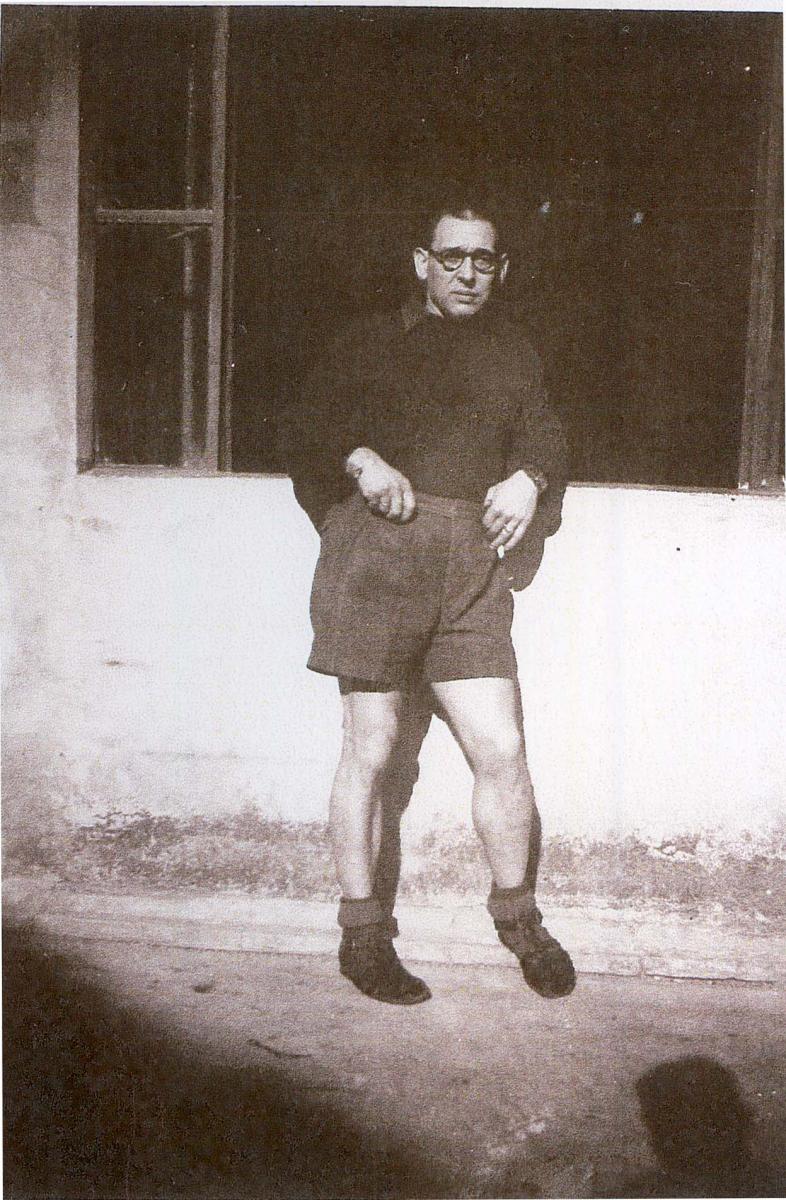 Fig. 7. Paul Romboy as a German POW in France. (U. Romboy Gamble)

April 20, 1947: All prisoners over the age of 45 years have now left the prison camp for home. Now the rest of us are awaiting our turn, but when?

May 11, 1947: I will not forget to thank my God for all that has been given to me and that I always have something additional to eat. [7]

It was 1948 before Paul Romboy returned home to his family and took up his church and business activities in Cologne again.

We have been through terrible times. We lost our home four times and my husband (Brother Hugo Romboy) came back from a POW camp very ill. His brothers, Karl-Paul and Gustav, have not yet returned. My son Helmut was officially listed as missing in action two years ago. . . . Our branch meeting rooms were totally destroyed. . . . You would not recognize our beautiful city of Cologne if you came back. . . . Most of the members survived the war, only Helma Webank was killed in an air raid. [8]

Brothers Gustaf Priefler and Sachon were killed in battle. Brothers Hubert Ernst, Karl Romboy and Paul Romboy are still POWs. My husband [Albert Bauske] did not have to serve and survived the war well. . . . Köln [Cologne] is 80% destroyed and no longer a beautiful city. The rooms at Bremerstrasse 24 were totally destroyed in an air raid. [9]

What we went through in the war years was the most terrible experience of our earthly lives, but we felt God’s hand protecting us. He saved us from death and suffering. We lost everything but thank heavens our boys Hans and Bub are home, as is Richmund’s husband. And Mäusgen’s husband will come home soon from his POW camp. Hans suffered much during the war but he is still alive and we are so happy. Brother Geller is still the leader of the branch. He had to go through a lot of hard experiences and the members were so grateful that one man was at home to lead us. . . . Brothers Gustav Priefler and Hans Sachon were killed in battle. . . . We accepted the will of the Lord and said with Job, “The Lord giveth, the Lord taketh away.” [10]

[My daughter and I] were evacuated to Thuringia in terrible cold; we starved and froze. We had two suitcases with our valuables and the Russians stole it all. “Sammelt himmlische Schätze” (lay up treasures in heaven) is what we had learned. When I came back [to Cologne] on December 20, 1945 to [the suburb of] Bruesk, Klausenberg 76, I was without my daughter. I had lost her. My apartment was occupied and my furniture was rented out. I was deathly ill and the godless people living there didn’t even take me in for one night. They had stolen lots of our stuff. I had to spend two weeks sleeping out in the open in the most bitter cold. Nobody would take me in. Nurses found me in the streets and put me in a hospital. Then I was in a sanatorium for seven months and was bedridden for 17 months with a lung disease. Now I am among the mentally ill. [11]

Most members of the branch fared better than Sister Schmidting, but many lost relatives and homes. Many spent part of the war away from home. The branch dwindled in the last war years. As the survivors returned, there was reason to hope that the branch and the grand city of Cologne would revive and prosper.

The following members of the Cologne Branch did not survive World War II: 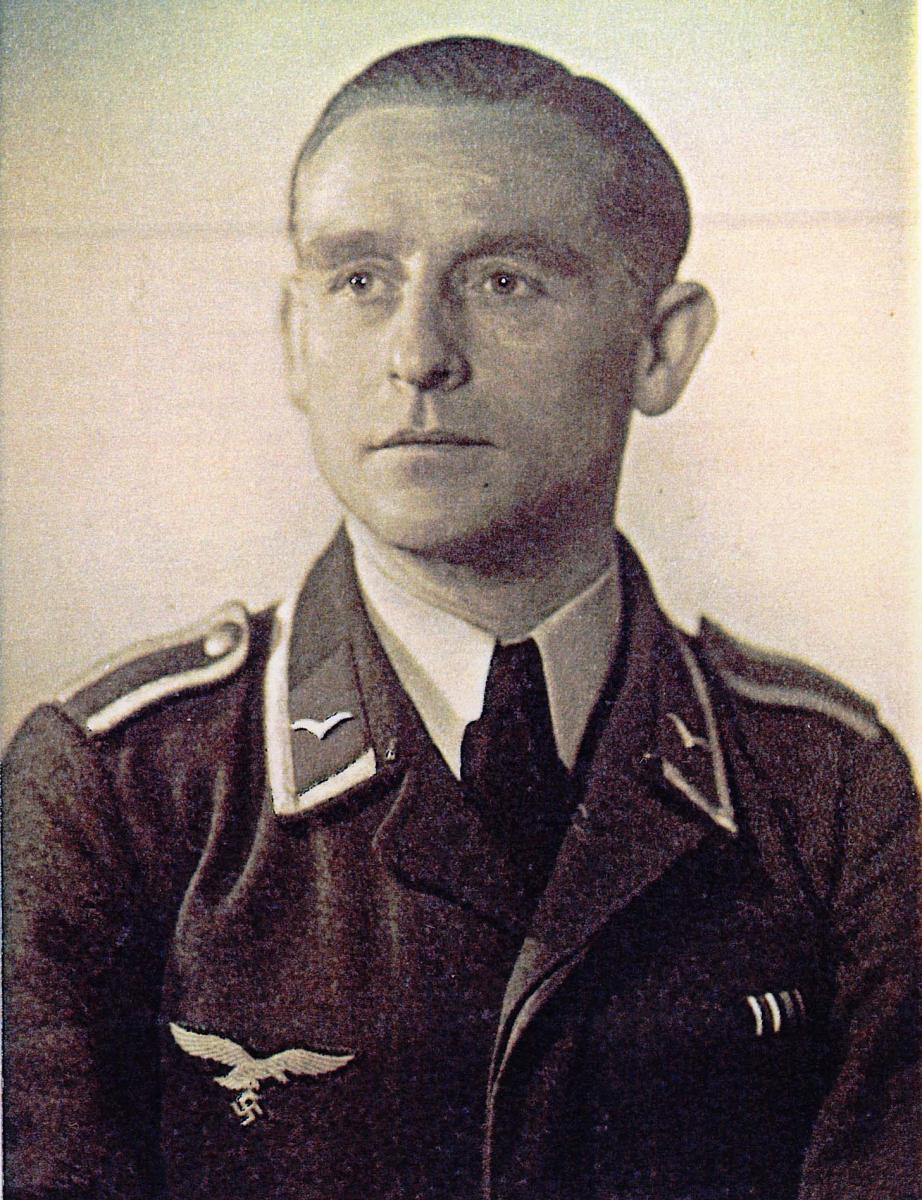 [6] Elder Ezra Taft Benson toured war-ravaged Europe in 1945 and 1946 and arranged for relief supplies to be shipped from Salt Lake City to starving Saints in numerous locations in Germany and other countries.

[7] Additional money was earned by prisoners for overtime projects; articles produced were often sold to guards or local French citizens by prisoners who were allowed to leave the camps during the day.