At the far northern extent of the former kingdom of Bavaria, the city of Coburg was about as far as it could be from any other German city in which a branch of Latter-day Saints was found in 1939. About ninety minutes by train from Nuremberg, the city was otherwise not located along any major transportation routes. The members of the Coburg Branch were very isolated in that location and also few in number.

The records of the West German Mission show a branch population of only thirty persons, none of whom were Melchizedek priesthood holders. The branch president when the war began was Johann Schmidt, who traveled to Coburg from his home in Nuremberg to direct the activities of the branch. According to the mission directory, there were no Sunday School, Primary, or Mutual programs operating in the branch at the time. The Relief Society was led by a local woman, Alma Bauer, and she enjoyed the services of a secretary, Metha Franke. [1]

The formal address of the Coburg Branch in 1939 was Kalenderweg 5, the house in which Sister Franke lived. It is not known whether she invited the branch members into her home each Sunday, or whether other rooms in the building were used. The mission directory offers a little additional information with the statement, “A small room is rented whenever larger sacrament meetings are held.” [3] 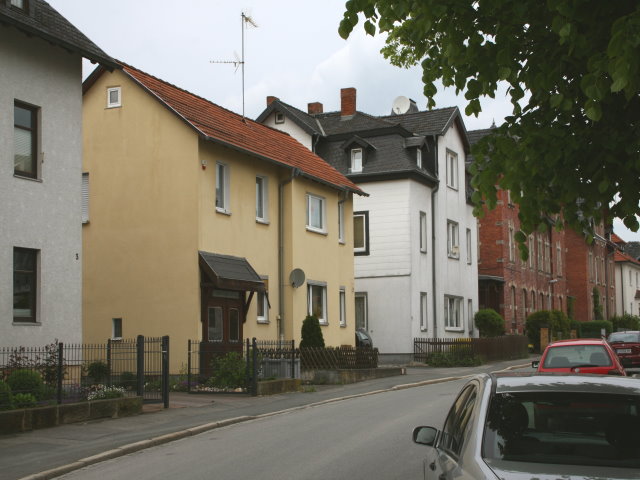 Two meetings were held on Sundays in August 1939: a sacrament meeting at 3:00 p.m. and a cottage meeting at 8:00 p.m. The only other meeting scheduled at the time was Relief Society on Wednesdays at 8:00 p.m.

Due to a lack of eyewitness testimony and branch records as of this writing, nothing else is known about the Coburg Branch during World War II.

The following members of the Coburg Branch did not survive World War II: