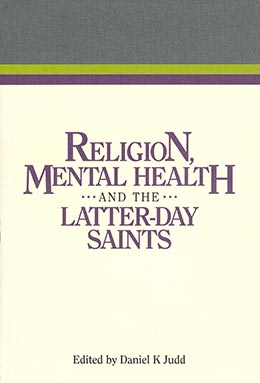 Religiosity, Denomination, and Mental Health among Young Men and Women

This study explores the relationship between gender, religion, and mental health. Questionnaires were completed by university students of varying denomination, gender, and religiosity. It was found that those students with high religious involvement had more positive scores on mental health, which was divided into the variables: nondepression, emotional maturity, and self-esteem. It was also determined that men scored more positively on the measures than did women. In addition, LDS women tended to show more emotional maturity than those in the other denominations.

Three variables seem to be related and should be studied simultaneously: gender, religion, and mental health. In one of the few studies that included all three variables (Crawford, Handal, & Wiener, 1989), religious women were less distressed and also were better adjusted psychologically than subjects with low religiosity scores. On the other hand, religious men showed no significant relationship between mental health and religiosity. Thus, present results are conflicting. This study was designed to interpret the interactions among these three variables.

A questionnaire was answered by 3,835 subjects who were university students primarily from Brigham Young University, Southwest Texas State University, Washington State University, University of Texas at Houston, and Notre Dame. All data were analyzed using an analysis of variance design. The independent variables were gender, denomination, and religiosity. Denomination was categorized as Catholic, Protestant, and Mormon (LDS). Religiosity was categorized as high, medium, and low. The dependent variables for this study were nondepression, emotional maturity, and self-esteem. There were main effects (p < .0001) on all measures with the exception of the effect of denomination on the depression and self-esteem scores. There were more positive scores for men, high religiosity, and the Mormon groups on all three indices of mental health, except for no differences for denomination on nondepression and self-esteem. There was an interaction of denomination by religiosity as the LDS groups scored higher only in the high religiosity group on emotional maturity (F2/3545 = 3.58, p = .006). An interaction of gender by denomination reflected the LDS women, but not LDS men, scoring higher on the nondepression scale (F1/3549 = 4.54, p .011).

The first conclusion is that on all three measures of mental health there was a positive association with religiosity. The second is that men scored more positively on the measures. Also, women in the LDS denomination reported less depression than women in other denominations, but the scores of LDS men were similar to those of Catholics and Protestants. This finding parallels the gender by religiosity finding of Crawford, Handal, and Wiener (1989).

This study indicated that more-religious young people, both men and women, score more favorably on three measures of mental health across three denominations. The only qualification is that the difference is larger on the emotional maturity measure for LDS women. This finding of higher positive mental health among LDS women, but not among LDS men, is interpreted as consistent with the importance placed on women and family in the LDS theology.