Among the great & illustrious Characters who have appear<d> in the world in different ages as instructors & reformers of mankind, Baska holds <is intitled to> a conspicuous place—

The place of his nativity is not recorded. But the first notice which is given of him is—his appearing at th<e> great <City> of Golanga, which is situate on the Banks of the Siota River. He was attended by his wife & two little sons. The fashion of their garments were different from the natives—Their complexion likewise was of a [—] little whiter—They were <Baske was> grave solemn & sedate—reserved in th his Conversation—but when he spoke wisdom proceded from his lips—& all were astonished at his eloquence—His fame spread [p. 65] rapidly thro, City & country—& he was celibrated as a man of the most briliant & extraordinary Talents.—He was conducted to the King & in<troduced> to him—The King asked him from what country he came—His reply was at a great <distance> from the westward—He then asked him induced him to come into his country—He replied 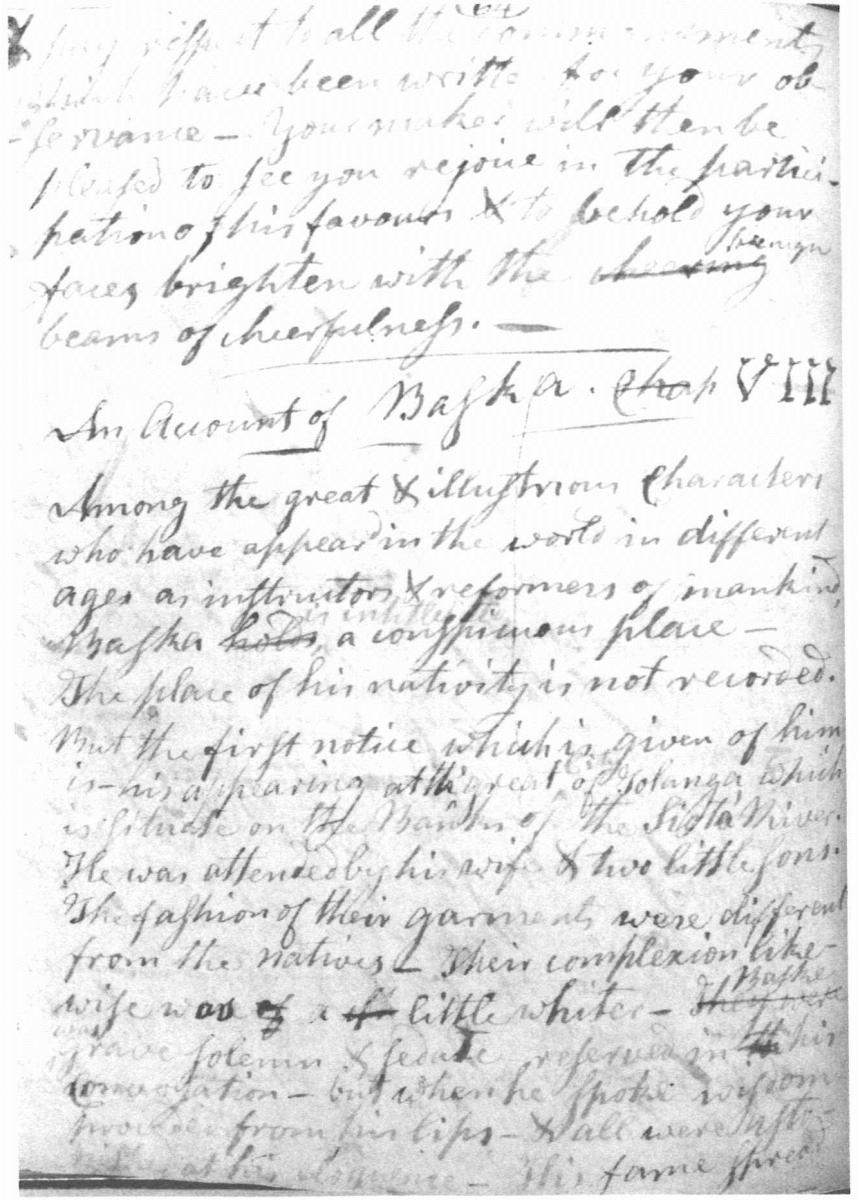