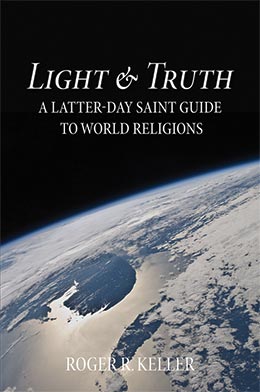 The veil between the living and the dead has always been this in the Asian world. The two are interdependent. 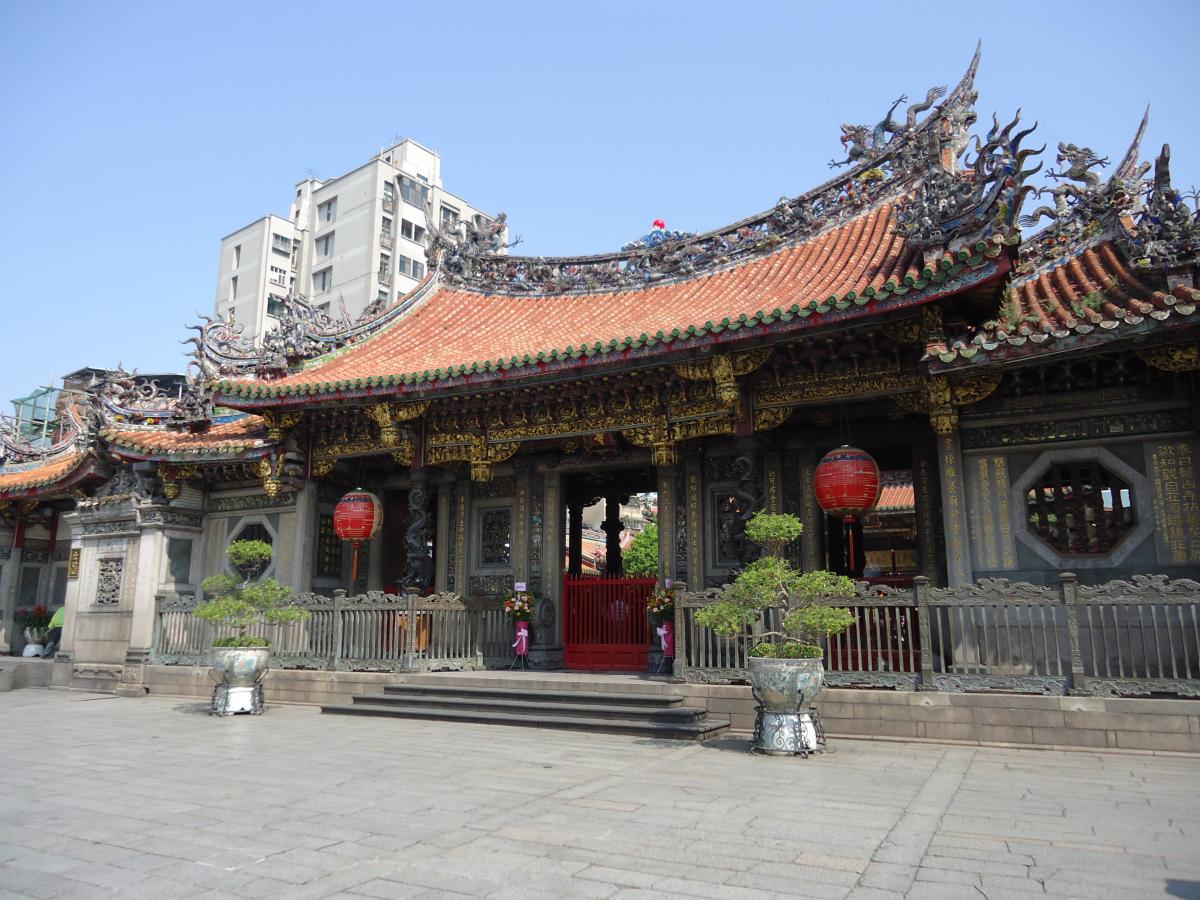 Lungshan, Taipei, Taiwan. Religious Taoist temples can be very confusing because at first, visitors are not sure whether they are in a Confucian, Buddhist, or Taoist temple. The answer is yes–you are in all three. Courtesy of Allen Timothy Chang.

Confucianism and Taoism did not arise in a spiritual vacuum. There was an entire religious world into which Confucius and Lao Tzu entered and whose principles they used and tailored to their own needs. In what follows, we will examine briefly some of the major principles and practices of ancient China. By doing so, it will become apparent how these were adapted to the thought of the great Chinese sages Confucius and Lao Tzu.

It is almost impossible in the Chinese world to separate Confucianism, Taoism, and Buddhism. Thus, those individuals practicing “Chinese traditional religion” today number 394 million and include all three of the religions in China and Taiwan. [1]

Ying and Yang are the complementary energy modes of the universe. They arise as a product of examining the natural order of the world. Yang is the male energy mode and is characterized by being active, warm, dry, bright, procreative, and positive. Yin is fertile and breeding, dark, cold, wet, mysterious, secret, and negative. [2] First, these are complementary opposites, neither one being better than the other. They reflect the natural balance of the universe. Thus, we are not dealing with good and evil but rather with balance and imbalance. Therefore, the terms positive and negative are not loaded as are the words good and bad. These are the positives and negatives of physics. The positive pole of a battery is neither better nor worse than the negative pole. Both poles are essential to the proper functioning of any battery, just as neither is better or worse in a chemical solution composed of positive and negative ions.

Applying this to contemporary life, this would mean that men really can run vacuum cleaners, change diapers, and do dishes and laundry—all those things that some men want to think are “women’s work.” Similarly, women are perfectly capable of assuming all the roles that some men would like to believe are their unique province, like executives, judges, governors, prime ministers, and other heads of state. By contrast one author states, “They [men and women] show differing proportions of the qualities of each activity-mode, men being heavenly (that is, predominantly yang) and of great worth, whereas women are earthly (predominantly yin) and of less account.” [3] While this may sadly be the reality in some of the Asian world today, it is contrary to the intent of the complementarity of yin and yang.

A bit less clear might be the contrast between sky and earth, with sky being yang, because it is bright and dry, while the earth, which gives birth to life, is yin. Similarly, the south side of a hill, which receives the sunlight at the height of the day, is the yang side of the hill, while just over the ridge to the north is the yin, or shaded side. It is on the yin side that vegetation is usually found, while the yang side is often barren of most vegetation because of the heat. Other pairs which are less obvious, but are clear as one thinks about them, are listed in yin-yang order: lovable/capable, beautiful/powerful, creative/methodical, intuitive/intelligent, and merciful/just. Many other pairs could be made and are probably somewhat subjective in the eye of the beholder. Once again, the purpose of all this is that there is a harmonious balance in the universe oriented around these complementary opposites.

To illustrate a further point, let us ask ourselves what energy mode a log lying in the forest might be. Clearly, it would be yin. But suppose we take that same log and put it in the fireplace. Very quickly it is yang as flames arise from it. This exemplifies the reality that all things contain within themselves their opposite. The symbol for yin and yang is two complementary, interlocking shapes: one bright in color (yang) and the other dark (yin). In the bright side there is a dark dot, and in the dark side there is a bright dot, signifying that even at the height of winter the seeds of summer are present, and vice versa.

The concept of Tao (pronounced “Dao”) was present in early China. It was understood as being that which gives harmony and order to the universe and from which all things arise. Things in harmony with it follow a natural, regular process and tend toward peace, prosperity, and health. The harmony with Tao is not forced, but mystical. Just as one has to set a radio dial to the frequency on which the transmitter is broadcasting, so also persons have to be in mystical harmony with the Tao, according to ancient Chinese thought.

The desire to know the future is very much a part of human beings. Divination is a technique to answer questions about present or future needs in many cultures. We kid about reading the tea leaves, but when this activity taken seriously, it is a form of divination through which one plumbs the future. Some cultures read the entrails of a bird or animal to determine whether a propitious time has come for a particular task. Perhaps they examine the spots on the liver to discern patterns. In China, the under shell of a turtle has been used as a divining device. A hole was partially drilled through the shell (after the turtle had been turned into soup!) and then hot lead was poured into the hole, causing cracks to radiate from the site. A shell could also be heated to create cracks, and then a diviner would read the cracks and tell his client whether it was a good time to marry off his daughter, go on a trip, start a business, or enter into a trade relationship. The scapula bones of sheep and cattle were also used for this purpose.

However, a stylized divining device called the Pa Kua (Ba Gua) came into use. In the center of an octagon is a symbol of the complementary opposites, yin and yang. Around the edges are broken and unbroken lines in each of the eight sides. Using probably the most ancient book in China, the I Ching (Yi Jing), a diviner deciphers the lines for people and can tell them whether they should embark upon the project they are considering. This practice is still in use today.

All of life is filled with spirits. The heavens, the earth, and the lower regions all contain spirits. Some are good, some are malevolent, and some are in between; but if persons know how to treat them properly, they can be very beneficial. Sacrifices are made to all these spirits either to keep them away or to keep them on the side of those who sacrifice. In almost any Chinese restaurant, there will be a small table with incense, an orange, and a bowl of rice as an offering to the spirits. A close and important spirit even today is the Kitchen God, whose image is hung in the kitchen in Chinese households. He reports annually to the Jade Emperor. A family will sometimes try to bribe him by smearing sugar on his mouth to encourage him to give a good report. His image is burned yearly to enable him to ascend and make his report.

The veil between the living and the dead has always been thin in the Asian world. The two are interdependent. “Prayers kept their [ancestors’] memory alive, and sacrifices provided them with the food they needed.” [4] As noted above, sacrifices are food offerings to the ancestors, as well as to spirits. The essence of these sacrifices is consumed by the ancestors, but not the material part which those who offer sacrifices may later consume, although the claim is made that it does not taste as good after the ancestors have had their portion. The ancestors may also be provided with articles for the afterlife by burning paper replicas of money, clothing, houses, or other essentials. Twice a year, in spring and in autumn, families visit the graves of their ancestors to leave sacrifices and offerings to them. In the spring, the graves are normally cleaned as well. If these acts of respect are not performed, the ancestors can become angry and cause problems for their family members or others.

The author was told in all seriousness about a busy intersection in Taipei, Taiwan. Accidents happened constantly. To help with the problem, the authorities erected four-way stop signs, but this created no change. They then put in stoplights, which still did not help. Finally, in desperation, they summoned a diviner who determined that there was a spirit present who had been improperly buried and had been trying to get someone’s attention. As a result, the remains of the person were reburied in a more propitious place, and the accidents stopped. Such a scenario would be fully commensurate with Chinese beliefs about the relationship between the living and the dead.

The emperor was the person in China who kept the relationship between heaven and earth in harmony. Annually at the winter solstice, he would offer sacrifices to heaven on behalf of the entire nation. When the capitol came to Beijing, these offerings were done at the Altar of Heaven. If the emperor were to fail in his duties, the balance between heaven and earth would be upset, and disaster could befall China.

This is the backdrop against which we must understand Confucianism and Taoism (Daoism). Many of the concepts we have seen here will reappear in slightly different guises as we examine these two great Chinese religious traditions.