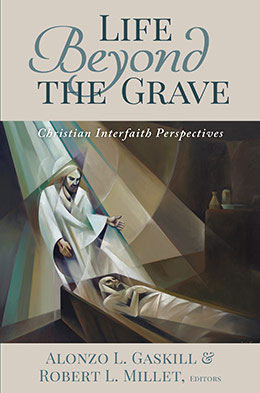 Life Beyond the Grave

Surely no subject has captured the attention of men and women like that of death and the life beyond. Millions have sought with Job to know, “If a man die, shall he live again?” (Job 14:14). And if there is a future state, what is its nature? How best may mortal men and women prepare for it? Indeed, death has ever remained life’s most awesome mystery. In the absence of revelation or divine guidance, humankind’s would-be gaze into future worlds is unable to penetrate the darkness of the grave.

There is nothing more universal in this life than death; it is the common lot of all who come into this life to leave it. Every man or woman is born, and every man or woman must die. All are born as helpless infants, and all depart this sphere equally helpless in the face of death. Even among those who read by the lamp of religious understanding, death is frequently viewed with fear and trembling. And why do we fear death? For some of us, it is because of our ignorance of the unknown, the anxiety associated with going to a place we do not understand. Others fear because they do know enough about what lies ahead and fret over a profligate lifestyle and the divine justice that awaits them. Others stew over unfinished earthly business. Even those who have lived lives that could be described as decent and upright are hesitant to let go, to surrender themselves to the powers of eternity and release their grip on time. Surely a God who has power over all things, even death, would be merciful enough to his children to reveal sufficient truth to prepare and comfort us concerning what lies ahead.

This book contains perspectives on life after death, primarily from selected proceedings of an academic conference held on the campus of Brigham Young University in March 2016. The title of the conference was “Beyond the Grave: Christian Interfaith Perspectives.” Representatives of several professing Christian groups were asked to address the topics of death and what lies beyond death from the vantage point of their particular religious tradition. There has been no effort whatsoever to ignore theological differences between the various traditions, nor was it ever expected that a presenter compromise in the slightest what he or she holds to be true. This conference has been an ecumenical endeavor only in the sense that we came together to listen, to learn, to ask questions and inquire, in short, to better understand one another. In a world that is overrun with misunderstanding, misrepresentation, name-calling, and pigeonholing, nothing should be more welcome than understanding. At a time in our world’s history when incivility and disrespect are the order of the day, a small group of religious-minded individuals met to have their perspectives expanded, their erroneous notions corrected and set aside, and their empathy and appreciation for those who are different from themselves enhanced.

Throughout the conference, we sought to embody what Professor Richard J. Mouw of Fuller Theological Seminary has described as “convicted civility.”[1] It is a marvelous thing to discover a person who is deeply convicted about the tenets and practices of his or her faith. It is also an exciting occasion when differing parties treat one another in a civil manner. And it is a sheer delight to witness a person who is both convicted and civil.

It is our hope that readers will find the contents of this work to be both intellectually challenging and spiritually uplifting.