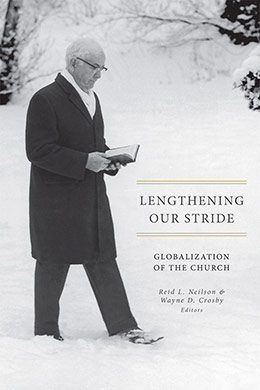 Globalization of the Church

"Let Them Worship How, Where, or What They May"

Atkin, William F. “‘Let Them Worship How, Where, or What They May.’” In Lengthening Our Stride: Globalization of the Church, edited by Reid L. Neilson and Wayne D. Crosby, 199–206. Provo, UT: Religious Studies Center; Salt Lake City: Deseret Book, 2018. 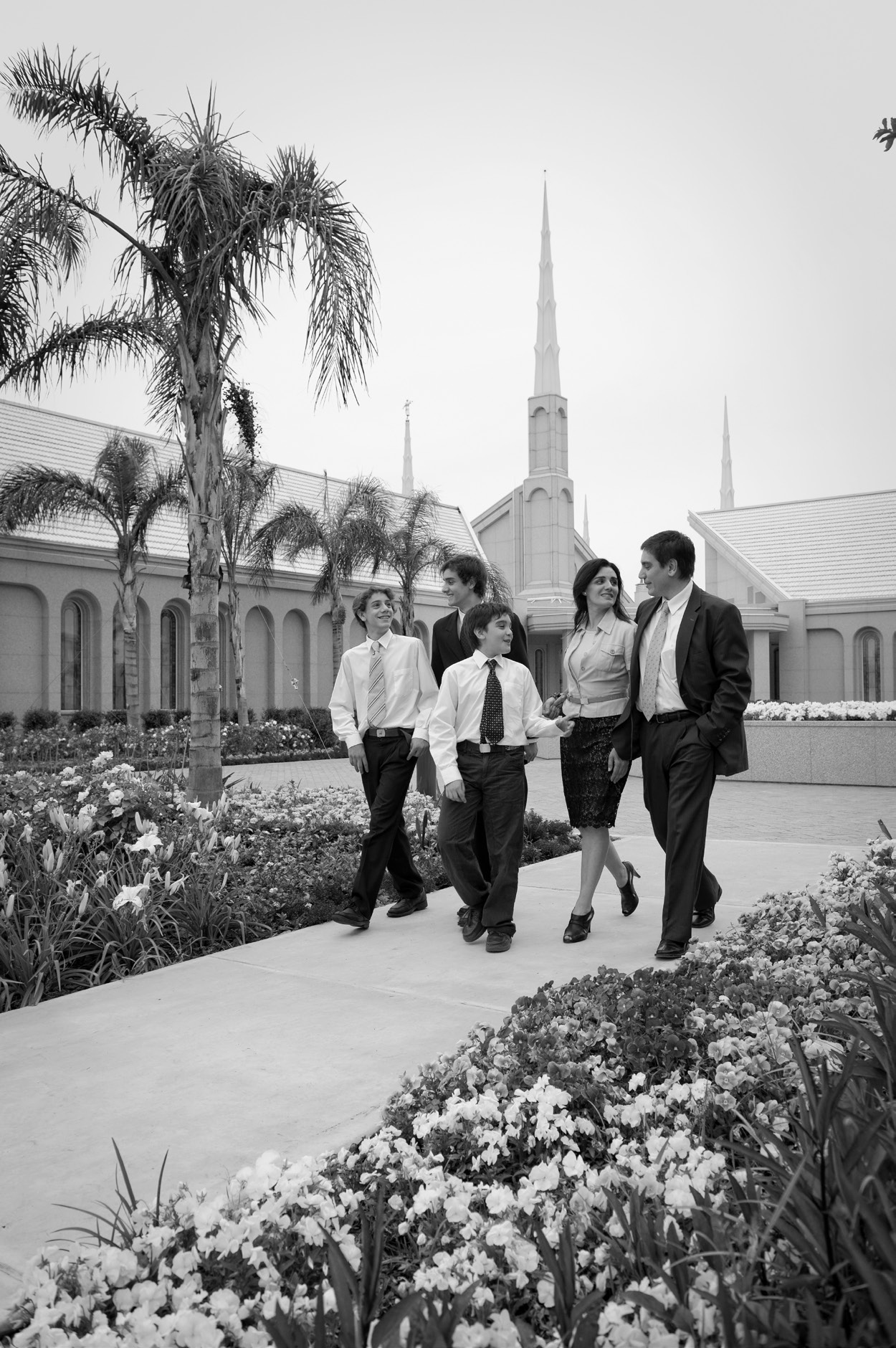 Elder Lance B. Wickman, who is a member of the First Quorum of the Seventy and is the general counsel of The Church of Jesus Christ of Latter-day Saints, has observed that the most serious challenges to the Church in the United States and internationally are the attacks on religious liberty. Religious rights are being restricted and narrowed by legislatures and governments globally. Religious liberty is being diminished due to official indifference caused by rampant secularism in various “enlightened” countries. Freedom to worship is being decimated in the name of God by the reassertion of dominant religions.

An example of this concern is the plight of Abdul Rahman, an Afghani who more than fifteen years ago converted to Christianity. I think we have all been appalled the past several weeks to follow his story. Based on his conversion, Rahman was being prosecuted by the Afghani government for his conversion, a criminal act under Islamic law that carried with it the possibility of a death penalty. All of this transpired notwithstanding a provision in the 2004 Afghani constitution that provides for religious liberty. While I believe that the answer is obvious, I would like to review the importance to us as Latter-day Saints of religious liberty to all people.

When I was a child, my mother recounted to me the story of my third great-grandfather—a story that illustrates the intolerance and hatred that has repeated itself over and over during the history of the world for those who believe differently than the majority. The setting of this story was, ironically, a Missouri village named Independence. On a hot, muggy July evening in 1833, a local mob sought out the home of Bishop Edward Partridge. Bishop Partridge retells this event as follows:

July 20, 1833. George Simpson and two other mobbers entered my house (while I was sitting with my wife, who was quite feeble, my youngest child being then about three weeks old) and compelled me to go with him. Soon after leaving my house, I was surrounded by about fifty mobbers, who escorted me about half a mile to the public square, where I was surrounded by about two or three hundred more. Russell Hicks, Esq., appeared to be the head man of the mob; he told me that his word was the law of the county, and that I must agree to leave the county or suffer the consequences. I answered that if I must suffer for my religion it was no more than others had done before me; that I was not conscious of having injured any one in the county, therefore I would not consent to leave it. Mr. Hicks then proceeded to strip off my clothes and was disposed to strip them all off. I strongly protested against being stripped naked in the street, when some, more humane than the rest, interfered, and I was permitted to wear my shirt and pantaloons. Tar and feathers were then brought, and a man by the name of Davies, with the help of another, daubed me with tar from the crown of my head to my feet, after which feathers were thrown over me.[2]

Bishop Partridge’s daughter wrote in her journal that as they waited anxiously for their father’s return, they saw a young family acquaintance approaching their home with a person who they thought was an American Indian because of his dark covering. They ran upstairs in fear. They discovered that the dark figure was their father, covered with tar and feathers.[3] They, together with their mother, stayed up late into the night pouring hot water on the tar to soften the tar in attempts to remove it. As they did so, strips of Bishop Partridge’s flesh were torn off together with the tar. One Church historian described this event as follows: “This dastardly outrage, with others of still greater enormity, [was] committed under the broad sunlight of American liberty, with the executive of the State looking on and in secret league with these mobocratic wretches.”[4] Commenting on the life of Bishop Partridge, B. H. Roberts observed, “Stripped of his earthly possessions and broken in health, he reached Commerce, but the trials through which he had passed had proven too much for his constitution, which was never robust, and he passed away, a victim to the intolerance and religious bigotry of his generation.”[5]

Religious liberty and tolerance of belief have been emphasized as a basic tenet of the Church from the very beginning of its history, a theme reemphasized by President Gordon B. Hinckley with his heartfelt plea for tolerance and love of all, regardless of race or creed.[6]

The following are a few examples of modern prophets’ teachings about religious liberty and tolerance.

Elder Wilford Woodruff: “We claim no religious liberty that we are unwilling to accord to others.”[7]

The First Presidency in 1907: “The religion of the Latter-day Saints stands for the rights of all men, whatever their standing may be in society. It teaches tolerance to those of all other religions or no religion.”[8]

Elder John A. Widtsoe: “Among the principles of beauty and power which make up the Gospel, none is more conducive to peace than the Mormon doctrine of tolerance. We are taught to give due respect to the opinions and mode of life of our fellow beings.”[9]

Elder J. Reuben Clark: “We are universal in our tolerance and in our respect for the opinions of others. We feel we may rightfully ask for the same consideration for ourselves.”[10]

Elder James E. Talmage referred to religious liberty as “the unbounded liberality and tolerance with which The Church of Jesus Christ of Latter-day Saints regards other religious denominations.”[11]

Elder Russell M. Nelson: “The noble expression of religious tolerance found in the 11th Article of Faith is particularly poignant in light of the fact that its author, Joseph Smith, suffered persecution and finally martyrdom at the hands of the intolerant.”[12]

[I] want the liberty of thinking and believing as I please. It feels so good not to be trammeled. . . . The ideal of tolerance at its best is hospitality to new ideas. Genuine tolerance weighs carefully opposing views. Above all, it allows those with opposing or conflicting views their right to private judgment. And even more important, the person who is genuinely tolerant will rise above his differences into the fullest fellowship and the noblest friendships. Mormonism represents such tolerance. It is deeply opposed to coercion or compulsion of any kind. If ever an organization depended wholly upon the voluntary spirit of man, fellowship that rises above individual differences, and divine love that unites the body of the Church, it is the religion called Mormonism. Intolerance is a sure sign of weakness. And someone said, “Only the confident can afford to be calm and kindly; only the fearful must defame and exclude.”[13]

Religious liberty is not just another teaching of the Church; it is perhaps the core of all Church doctrine. Our Heavenly Father lost one-third of his children in the premortal existence due to their opposition to freedom of conscience. Elder Bruce R. McConkie said,

Freedom of worship is one of the basic doctrines of the gospel. Indeed, in one manner of speaking it is the most basic of all doctrines, even taking precedence over the nature and kind of being that God is, or the atoning sacrifice of the Son of God, or the vesting of priesthood and keys and saving power in the one true church. By this we mean that if there were not freedom of worship, there would be no God, no redemption, and no salvation in the kingdom of God.[14]

What is our responsibility, both institutionally and individually, in defending this principle globally? The Prophet Joseph Smith stated our obligations very clearly:

The Saints can testify whether I am willing to lay down my life for my brethren. If it has been demonstrated that I have been willing to die for a Mormon, I am bold to declare before heaven that I am just as ready to die in defending the rights of a Presbyterian, a Baptist, or a good man of any denomination; for the same principle which would trample upon the rights of the Latter-day Saints would trample upon the rights of the Roman Catholics, or of any other denomination who may be unpopular and too weak to defend themselves.[15]

In early October 2001, I visited Washington, DC, with a Jewish friend of mine. Because of 11 September 2001, the city seemed almost vacant. Early on Saturday morning, we visited the Holocaust Memorial Museum. For those of you who have never visited the museum, let me briefly describe the experience. The tour progresses chronologically, starting with the Nazis’ rise to power. A visitor sees how the Nazis started slowly with the imposition of measures that, at first, benignly segregated Jews from other citizens. The severity of the segregation and other restrictions imposed on the Jews increased gradually until a visitor is face-to-face with the horrendous results of the Nazis’ so-called Final Solution, the extermination of all Jews in Europe. At this point, my soul was terribly depressed with the darkness and evil imposed by men and women on their fellow beings. However, the last portion of the museum consists of a chest-high wall that lists alphabetically by country and surname the “rescuers” of Jews, the men and women who put their own lives at risk on behalf of the Jews, examples of hope for the goodness of some men and women.

Upon leaving the museum, I pondered these questions: Who were these individuals who were listed on the wall? What made them act differently in defense and protection of their Jewish friends and neighbors, while others stood passively aside and permitted the horrors to occur? In seeking an answer to these questions, I found a study conducted by two psychologists at Columbia University that explored these very questions.

Their conclusions are as follows:

In summary and in gospel terms, I believe that the rescuers had developed charity, the pure love of Christ, and this charity motivated their actions. What about us? One cannot help but make the self-inquiry, “What would I have done?” While this leads to important self-reflection, the more telling question is “What will I do to promote religious liberty and tolerance in my neighborhood, my community, and the world?”

The Church has its institutional response to the attacks on religious liberty. However, what about you and me individually? Are we content to enjoy the blessings of the religious liberty in our wards and stakes in the United States while our neighbors in minority or unpopular religions are being persecuted? Or while Saints around the world struggle to enjoy the full blessings of the restored gospel in their homelands because of restrictions on their freedom of conscience and belief?

[1] The eleventh article of faith reads, “We claim the privilege of worshipping Almighty God according to the dictates of our own conscience, and allow all men the same privilege, let them worship how, where, or what they may.”