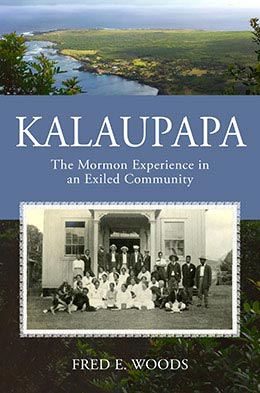 Fred E. Woods earned his PhD from the University of Utah. He has worked at Brigham Young University as a professor of Religious Education since 1998. Dr. Woods has been a visiting teaching and research professor at several universities and was awarded the Richard L. Anderson Distinguished Research Award from BYU Religious Education in 2002. From 2005 to 2010 he held a Richard L. Evans Professorship of Religious Understanding. Professor Woods has frequently lectured at universities both domestic and international. He has authored scores of articles and authored or co-authored a dozen books, several of which treat Mormon history in Hawai‘i. It has been his privilege to produce a number of documentary films, including The Soul of Kalaupapa: Voices in Exile and Laie: Refuge from the Storm. He and his wife, JoAnna Merrill, live in Springville, Utah, and are the parents of five children and enjoy six granddaughters.