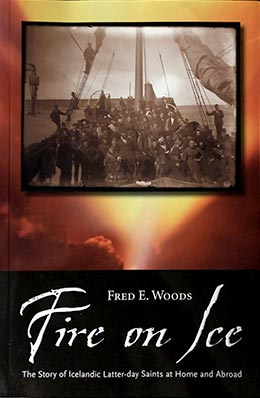 The Story of Icelandic Latter-day Saints at Home and Abroad

The following chart is built from LaNora Allred’s The Icelanders of Utah, “Icelanders Who Came to Utah,” 47–58, and Bliss K. Anderson’s personal database, which she has spent years compiling. While the monuments on the Westmann Islands, Iceland, and in Spanish Fork, Utah, list 410 Icelandic emigrants, the following chart lists 412 Icelandic emigrants. This apparent discrepancy is resolved when one notices that between numbers 249 and 250, there is a name without a number (+1) and that numbers 272 and 387 are numbers without names (-2). Further, #369, Mary Larson Eakes, was born in Denmark and is therefore not an Icelandic emigrant (-1). Combined, they result in a net loss of two, bringing the total number on the chart from 412 to 410, the number that appears on the monuments. 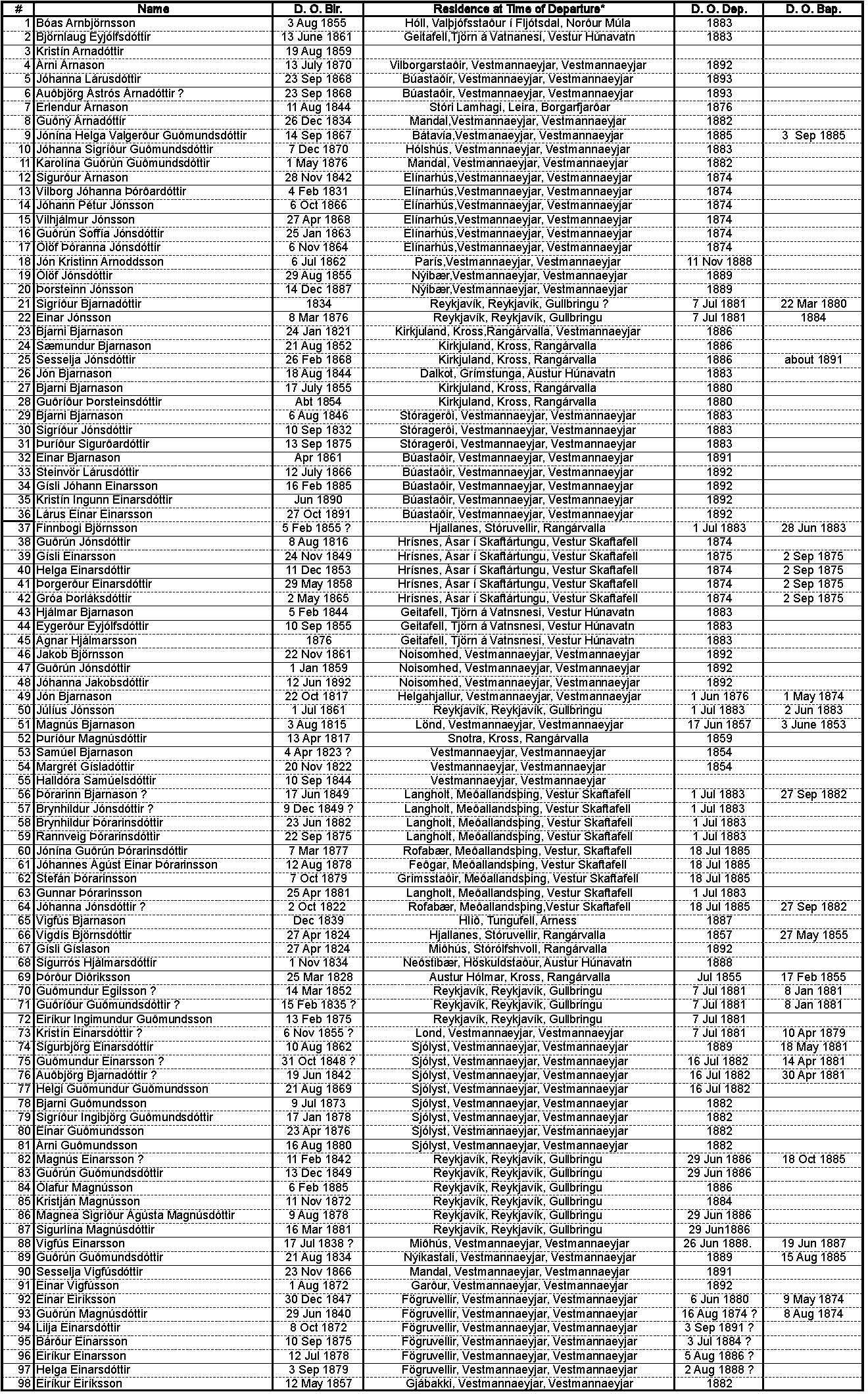 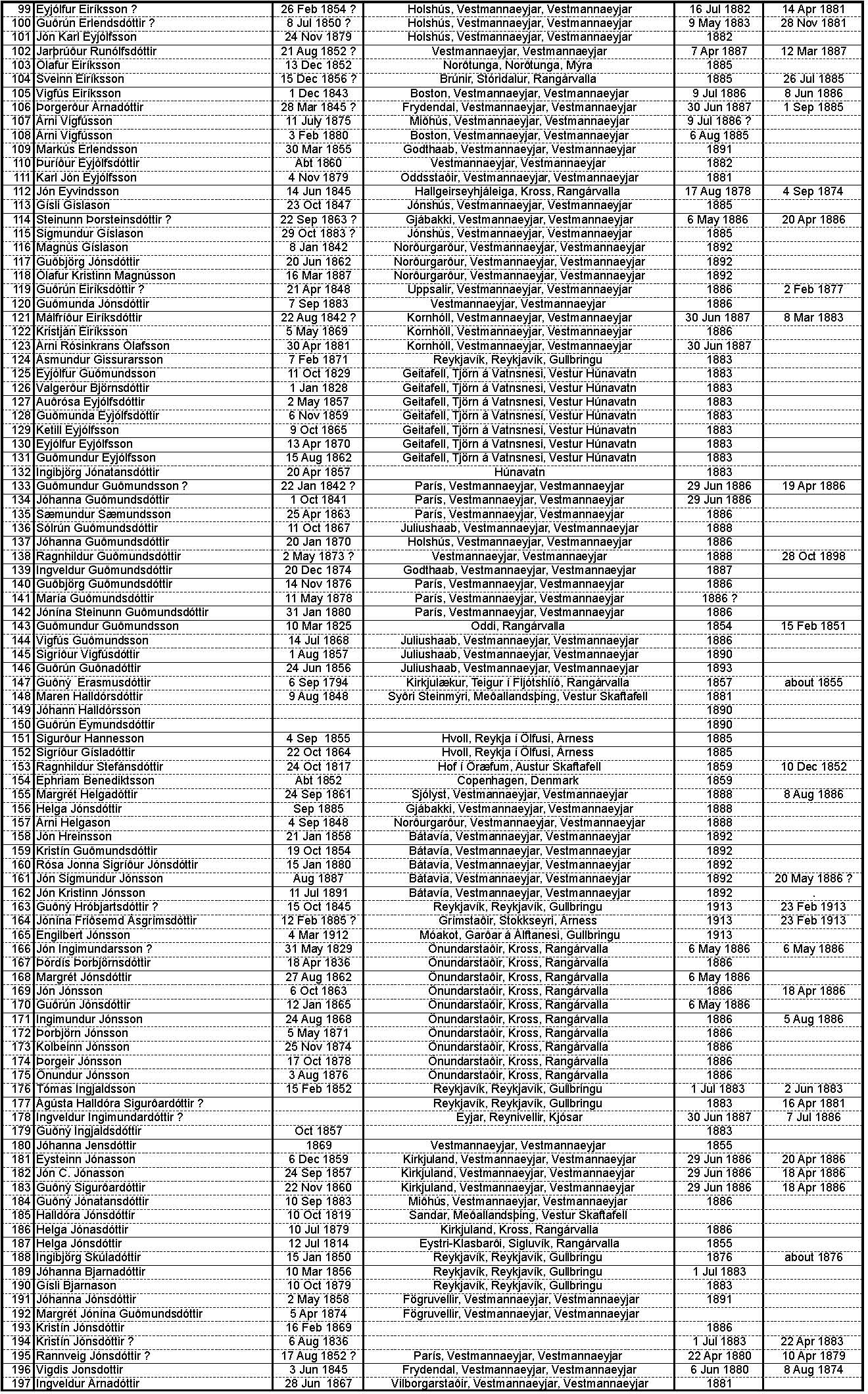 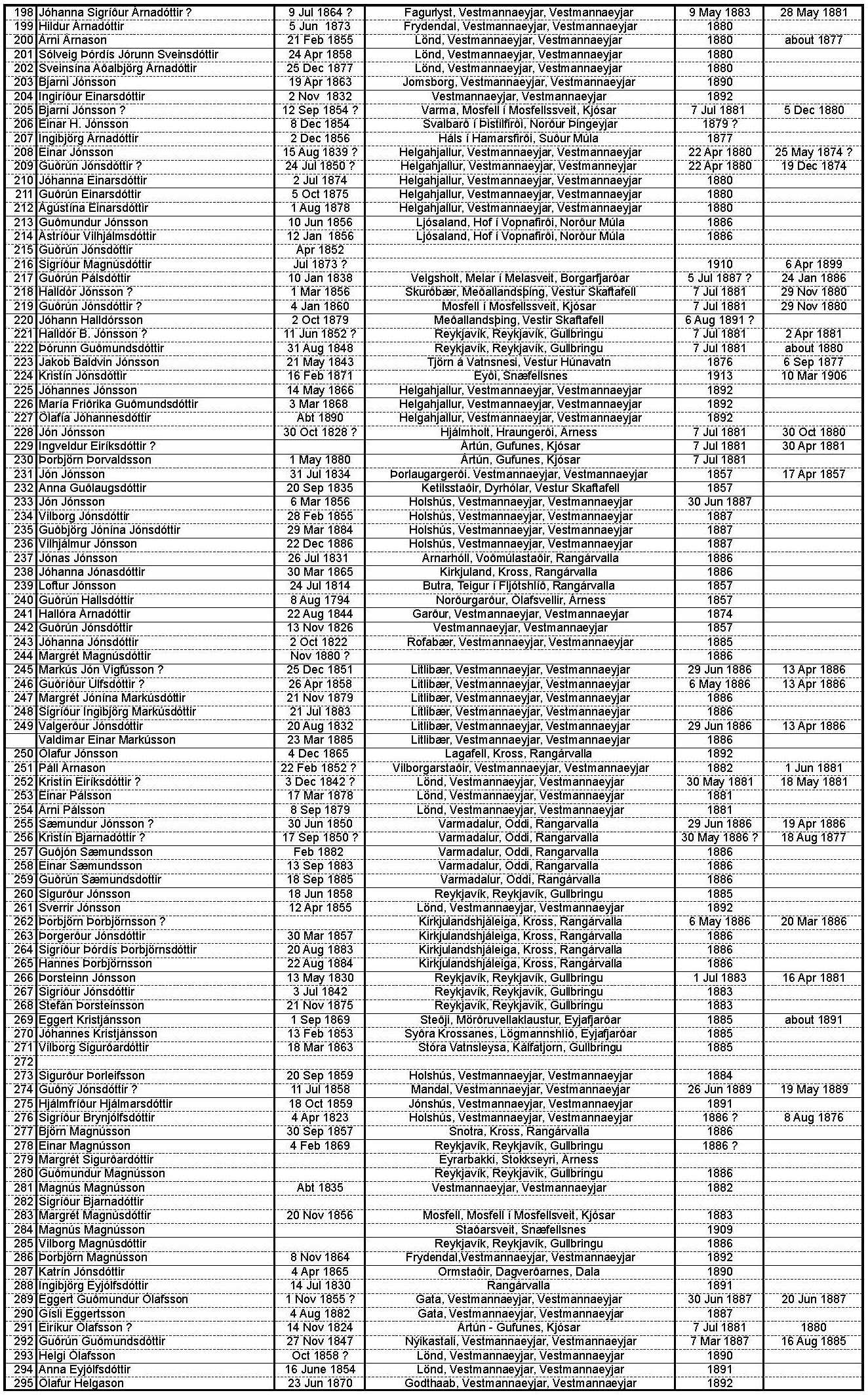 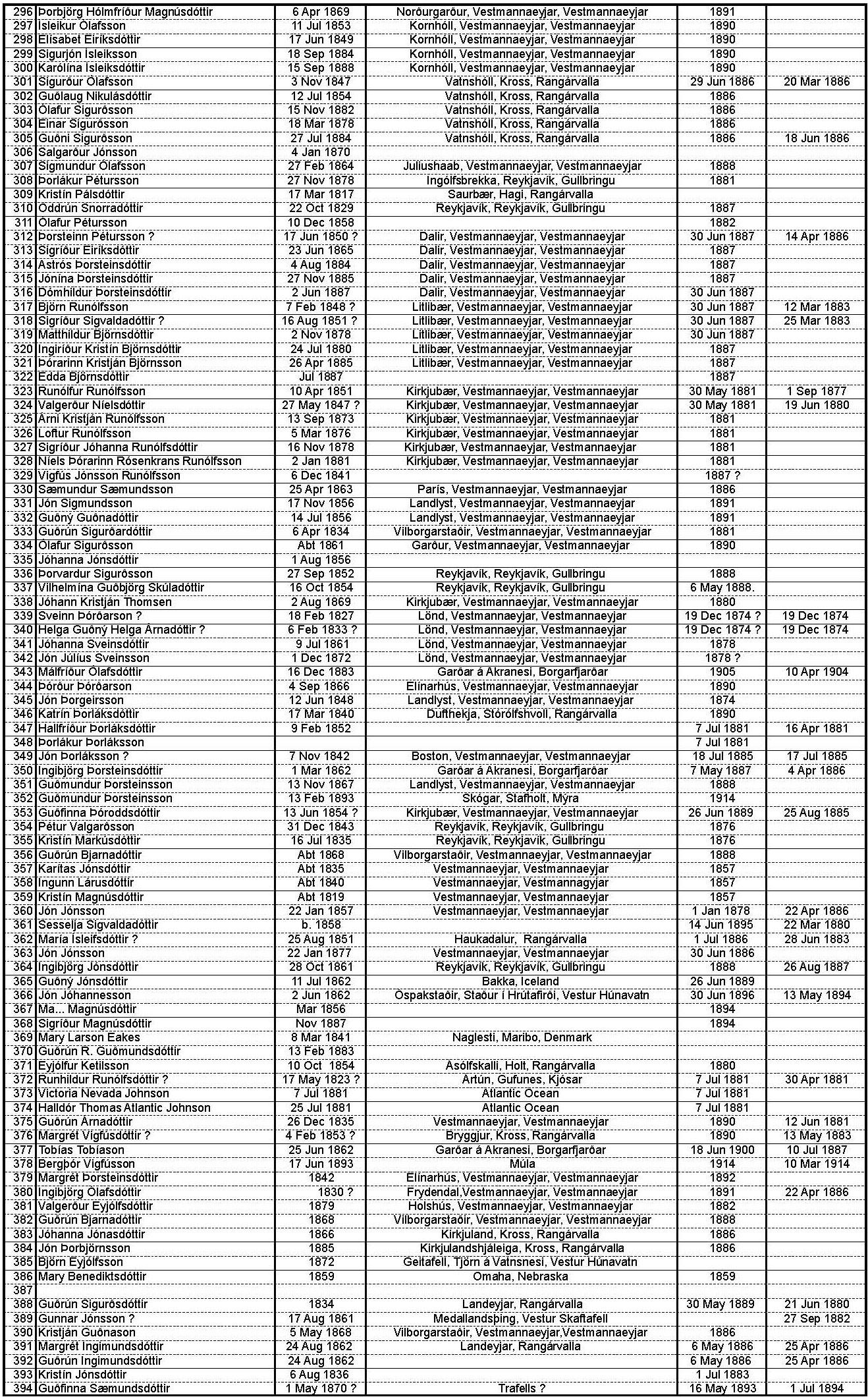