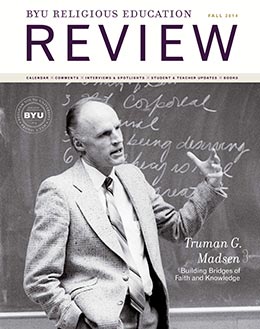 Thomas A. Wayment (thomas_wayment@byu.edu) was publications director of the Religious Studies Center when this was published. 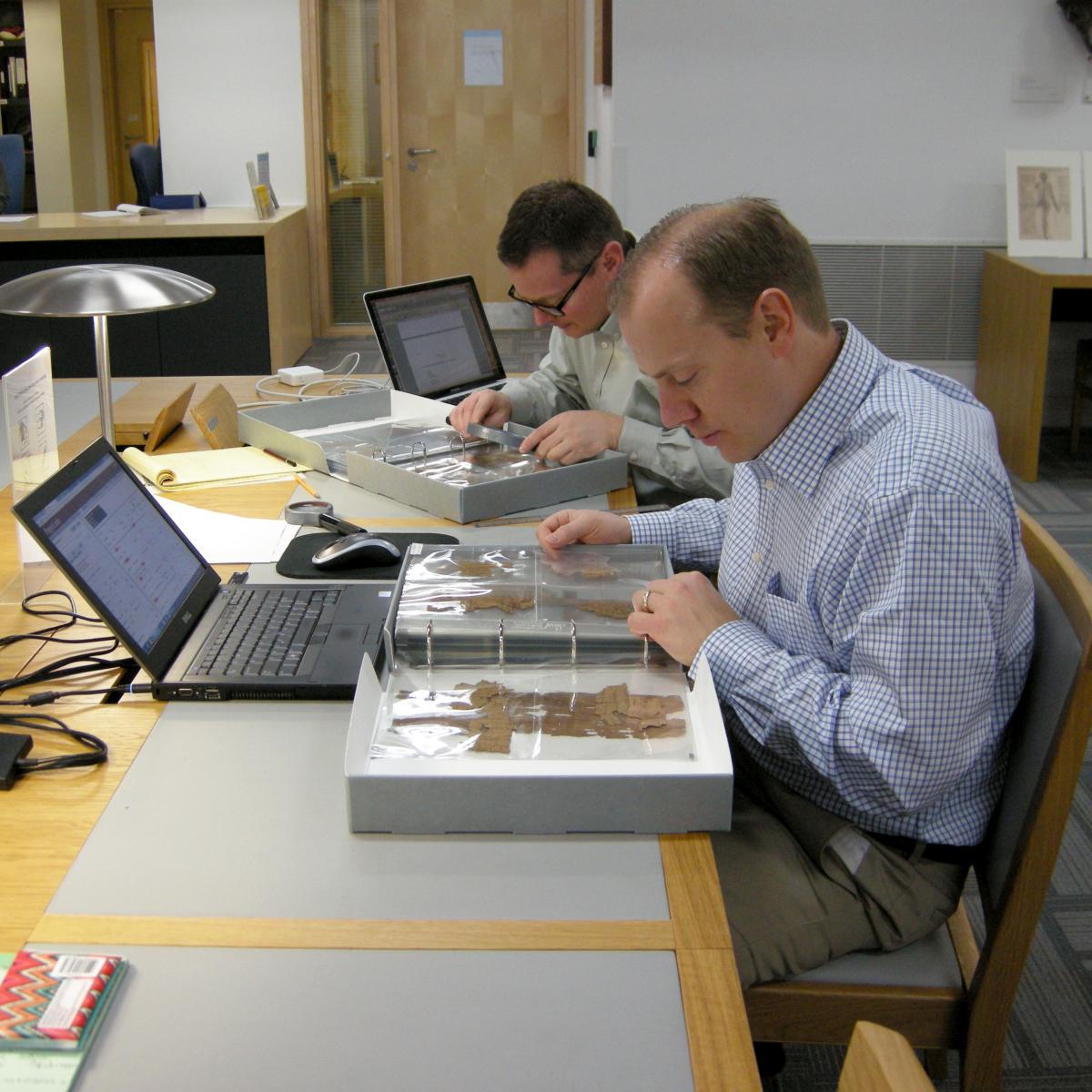 In February 2014, professors Lincoln H. Blumell and I traveled to Birmingham, UK, to assess the possibility of working on a small collection of papyri that were originally discovered at the city of Oxyrhynchus in Egypt. The papyri had been acquired by Selly Oak Colleges through Dr. James Rendel Harris, who visited Egypt during the winter of 1922–23, when he likely purchased the papyri. When the Selly Oak Colleges merged with the University of Birmingham, the collection of papyri was transferred to the Cadbury Research Library, where they now reside with other papyri from the more famous Mingana Collection.

Despite being previously overlooked by the academic community, the collection at the University of Birmingham remains an important witness to the development of our understanding of daily life in Oxyrhynchus. Prior to visiting Birmingham, Lincoln and I had only recently submitted a book-length manuscript documenting Christianity in the city of Oxyrhynchus. Papyri from the city of Oxyrhynchus are numerous, and the papyri found at that site now account for nearly half of our earliest witnesses to the text of the New Testament. Additionally, Christian papyri from the city also include letters by ecclesiastical leaders, Christian amulets, prayers, a Christian hymn, and noncanonical texts such as the Gospel of Thomas. As a result of our work on the papyri from the city, visiting the Birmingham collection was particularly appealing because of what might be found.

Together, Lincoln and I visited Birmingham to determine the contents of the collection. We also intended to make some judgment as to the publication potential of the collection and hopefully to discover documents written by Christians in the city. We were initially overwhelmed to see so many papyri, nearly all of them containing documentary texts. After spending a week with the collection, we were able to determine that there are still a few small fragments of literary works and that the bulk of the collection spans the third through sixth centuries AD. Each day, we transcribed and translated the most promising pieces in the collection, which was admittedly a rather haphazard determination. Then on our final day in Birmingham, we photographed as many of the papyri as we could.

Much to our surprise and good fortune, we were able to discover a few gems in the collection. Among the many important finds were a papyrus containing a list of villages in the Oxyrhynchite nome (a division of the region of Oxyrhynchus much like a modern county), a letter mentioning a Christian bishop in the city where the name of the bishop was previously disputed by scholars, a letter from an individual who authored several other letters, a property return in the name of the custodians of the archives of the city of Oxyrhynchus who are known from other papyri, and a wide variety of other interesting and curious papyri.

We also found numerous fifth-century Christian papyri in the city. Hopefully with a little more time and preplanning, we will be able to better determine the contents of the collection. We plan to return to Birmingham in early 2015 and carry out a more thorough inventory of the collection, and then to subsequently present our findings at the international conference for papyrologists that will be held in Barcelona in 2016. To help put the magnitude of this task into perspective, it typically takes two or three days of focused attention to do an accurate transcription and translation of each piece. After a transcription is completed, it typically requires two to three weeks to create an edition of a papyrus where a full scholarly discussion is presented. With nearly three thousand papyri to work on, some of them being quite substantial, we face a daunting task ahead of us. We have begun to include students in our work and to look at ways we might expand our work to include other papyrologists from around the globe.