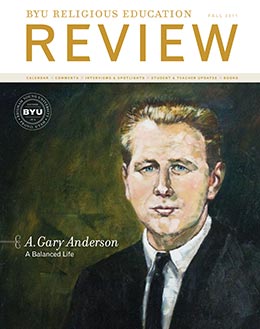 Research Update: The Book of Abraham, the Bible, and Arabic Papyri

During the last few years, new research has emerged concerning the Book of Abraham, the Bible, and heretofore rather unknown BYU Arabic papyri.

To date, five volumes have appeared in the Studies in the Book of Abraham series. The first volume, Traditions About the Early Life of Abraham (2001), compiled and edited by John A. Tvedtnes, Brian M. Hauglid, and John Gee, contains ancient Jewish, Christian, and Islamic stories of Abraham that have unique elements found in the Book of Abraham but not in the biblical account, such as Abraham’s near death and rescue, Egyptian influences, and apostasy in Abraham’s day, which lend credence to the antiquity of the Book of Abraham. Volume 2, The Hor Book of Breathings: A Translation and Commentary (2002) by Michael D. Rhodes, provides a fresh translation and insightful commentary to Joseph Smith Papyri XI and X, building on Hugh Nibley’s work in his Message of the Joseph Smith Papyri: An Egyptian Endowment (1975, 2005). Volume 3, Astronomy, Papyrus, and Covenant (2005), contains papers delivered at a conference of the same name. Papers explore an array of topics and questions. For instance, one paper argues for a heliocentric approach to astronomy in Abraham 3, and another puts forth that the astronomy in Abraham represents a geocentric approach. Still another paper proposes that the facsimile images were added to the Abraham text later by a Jewish redactor. Volume 4, Books of the Dead Belonging to Tshemmin and Neferirnub: A Translation and Commentary (2010) by Michael D. Rhodes, provides for the first time translation and commentary of more papyri that Joseph Smith purchased in July 1835. Finally, volume 5, A Textual History of the Book of Abraham: Manuscripts and Editions (2010) by Brian M. Hauglid, includes a history of all the textual changes to the Book of Abraham from the earliest manuscripts to the 1981 edition. It also provides for the first time images and transcriptions of the surviving manuscripts from the Kirtland (1835) and Nauvoo (1841–42) periods containing portions of the Book of Abraham. These volumes, and those to yet appear, are being distributed through the University of Chicago Press.

Studies in the Book of Abraham will continue to explore various facets related to the Book of Abraham. For instance, John Gee is working on a volume that will provide important historical background of the time period in which Abraham lived.

Brian M. Hauglid is currently working to publish for the first time typescripts and images known as the Kirtland Egyptian Papers. These papers include three very similar Egyptian alphabet documents from W. W. Phelps, Joseph Smith, and Oliver Cowdery, as well as a rather lengthy book Phelps wrote, titled Grammar and a[l]phabet of the Egyptian language. The collection also includes an Egyptian counting document, two sheets with hieratic characters, and two small notebooks, one with Joseph Smith’s signature and both with hieratic characters and drawings of Egyptian figures with some brief commentary from W. W. Phelps or Oliver Cowdery.

In 2009 the Neal A. Maxwell Institute for Religious Scholarship published the inaugural issue of Studies in the Bible and Antiquity. This annual journal takes its place alongside two other Maxwell Institute periodicals: the Journal of the Book of Mormon and Other Restoration Scripture and the Mormon Studies Review (formerly the FARMS Review). Brian M. Hauglid is the editor of Studies in the Bible and Antiquity and Carl Griffin is the associate editor. With its focus on the Bible in Studies, the Maxwell Institute now has venues in which scholars can publish research covering any of the four standard works. Two issues of Studies have appeared so far. The most recent issue (2010) focuses on LDS scholarship on the Dead Sea Scrolls (DSS) with articles from Donald W. Parry, Andrew C. Skinner, and Dana M. Pike. This issue provides the most recent information on DSS research of interest to Latter-day Saints and an updated bibliography of LDS publications on the DSS.

In the last issue of the Religious Education Review, Lincoln Blumell outlined a project to catalog and publish the Greek and Coptic papyri housed in L. Tom Perry Special Collections. However, in addition to Greek and Coptic papyri, Dr. Blumell also found a number of Arabic papyri fragments that can be included in the project. He has asked that Brian M. Hauglid edit these papyri. One particularly notable find is an eighth-century papyrus fragment, probably from Egypt, that contains Qur’an 6:80–84. Interestingly these verses focus on Abraham. Quite possibly this fragment served as some type of amulet for its owner. Further examination should determine whether or not this fragment contains variant readings from the current Qur’an.

As research continues to move forward on the Book of Abraham, the Bible, and the BYU Arabic papyri, our knowledge and appreciation of these areas will expand.

[1] Formerly known as the Foundation for Ancient Research and Mormon Studies (FARMS).