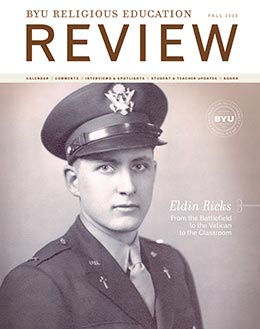 Arnold K. Garr was the Department Chair of Church history and doctrine at Brigham Young University.

R. Devan Jensen was the executive editor for the Religious Studies Center

Patty A. Smith (patty_smith@byu.edu) was the supervisor of the faculty support center for Religious Education.

Christopher C. Jones (chrisjones13@gmail.com) was a master’s student of history at BYU.

A Conversation with Arnold K. Garr, Department Chair of Church History and Doctrine 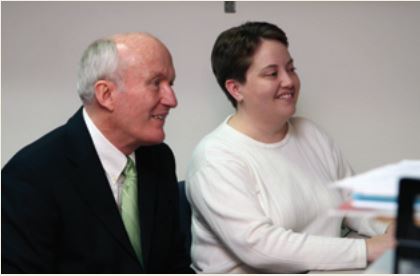 Q. You recently published a book on Joseph Smith’s campaign for the presidency of the United States.[1] What did you learn?

A. Joseph Smith was a spiritual giant who became very involved in politics toward the end of his life because he wanted to make a difference. He met with President Van Buren after the Saints were expelled from Missouri. When the they moved to Nauvoo, he was determined to protect them. He helped write the Nauvoo Charter and served on the first city council. He was an extremely active participant, introducing the first eleven bills in the first five meetings. After John C. Bennett resigned as mayor because of his “spiritual wifery” scandal, Joseph Smith was chosen to take his place. The Prophet was a man who truly wanted to change the world for the better.

Q. Was he a serious candidate for the presidency?

A. Yes, absolutely. After he announced his candidacy, the Quorum of the Twelve called for volunteers, in general conference, to serve as electioneer missionaries for Joseph Smith. By April 15, 1844, 337 missionaries had been appointed to campaign for Joseph Smith in all twenty-six states and the Wisconsin Territory. This was the largest missionary force in the history of the Church up to that time. Fifteen hundred copies of his platform were sent to the president of the United States and his cabinet, the justices of the Supreme Court, senators, representatives, principal newspapers in the United States, and many postmasters. At least forty-five newspapers in twenty-two states published articles about Joseph Smith’s campaign. In addition, ten Apostles campaigned throughout the eastern states, and that is why they were so scattered when the Martyrdom occurred.

He was deeply concerned about issues of the time, including increasing the powers of the president, abolishing slavery, and reducing congressional salaries. He wanted the president to be able to intervene in issues of domestic upheaval in the states, such as Governor Lilburn Boggs’s extermination order against the Saints in Missouri. Joseph was opposed to slavery and proposed that the government buy the slaves’ freedom through selling federal lands and reducing the number of Congressmen from 223 to 40. He also proposed paying for slaves’ freedom by cutting the salaries of Congressmen from eight dollars to two dollars a day, the same amount a farmer made.

Q. I notice you have books on display by your colleagues in Church history. Why do you have them here?

A. When I started at BYU, I naively thought I could read every book my colleagues wrote. I have since given up on that goal, but I display the books that they write and I read them when I can. These are very useful resources. I am especially impressed with the quality of the Regional Studies books, especially in recent years. I strongly believe in taking those trips to broaden our faculty’s perspective and help them teach Church history more effectively, particularly international Church history.

Q. Some years ago you published a book on the life of Christopher Columbus. What did you learn from this experience?

A. It is ironic that the book I wrote on Columbus was a spiritual history of a great secular figure and the volume I wrote on Joseph Smith was a political history of a great spiritual figure. Columbus has been fascinating for many Church members because he fulfilled the prophecy in 1 Nephi 13:12 and was one of the forerunners of the Restoration of the gospel. His first voyage, in particular, teaches us three important qualities of leaders: (1) set goals, (2) work hard, and (3) persevere. He was imperfect as a person. He made many mistakes, but he kept trying. In my mind, success is defined as the accomplishment of righteous goals, and Columbus exemplified that approach. I believe we are much happier when we are setting goals and making progress toward them. When we are not setting goals, we are bored and risk becoming boring!

The 2008 Sperry Symposium on the Doctrine and Covenants: Interview with Patty Smith 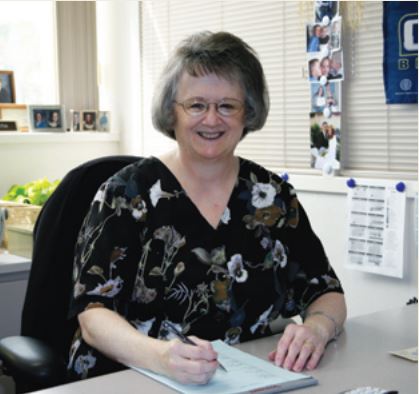 Patty A. Smith coordinates the Sperry Symposium held annually in October, Courtesy of Richard B. Crookston

Jones: Could you briefly outline the history of the Sperry Symposium?

Smith: The first one was in April 1973 and had only three speakers: Milton Backman, Kent Brown, and Wilford Griggs. It was called The Sperry Lecture Series, and the book was just an 8½-by-11-inch softbound. When Brother Sperry passed away, he left money to help the people of the Church get to know the scriptures better. We are now preparing for the 2009 symposium, which will be the thirty-eighth.

The first year there were a number of speakers rather than just two or three was 1978. Our symposium in October focuses on the book of scripture that the body of the Church reads the following year in Gospel Doctrine. I think our main target audience is the Gospel Doctrine teachers who are trying to get some good background for the upcoming year.

Jones: The symposium this year focuses on the Doctrine and Covenants. Can you tell us a little bit more about some of the papers that particularly stand out to you?

Smith: The committee felt this one needed to provide heavy-duty research and background for the basis of the Doctrine and Covenants. Elder Max Caldwell, an emeritus Seventy, will be the keynote speaker. He and Leaun Otten have written two books on the Doctrine and Covenants together, so he is perfect for this assignment. The book will include about ten of the presentations, and there will be another ten-plus at the actual symposium.

Some presentations are a bit over my head. I try to be the layman’s voice on the committee and say, “You are scholars, but try to remember you’re not writing to just scholars. You’re writing to people like me who are interested in the scriptures and who enjoy reading the scriptures and want to know more about the scriptures, but don’t get too much into things that are difficult.” One criticism from the committee is, “This paper does not break any new ground. There’s nothing new.” I raise my hand and say, “A Gospel Doctrine teacher in Tucson, Arizona, does not have the resources that we have here. This person has put together, all in one article, a very concise explanation. It may not break new ground; there may not be something there where people say, ‘Whoa, this is something I’ve never heard of before!’ and yet it’s a nice, concise way of explaining something.” I try to be that voice to say, “I think this is an important paper because it will bless the lives of not only a Gospel Doctrine teacher but also someone who really wants to learn more.”

Smith: Absolutely. I know that Andrew Hedges, who is the chair, is heavily involved in that project. I’m sure he knew about when the first volume of the Joseph Smith Papers Project would become public. This comes at a great time when they can be explained, and several scholars involved with that project are on the committee. It is great timing.