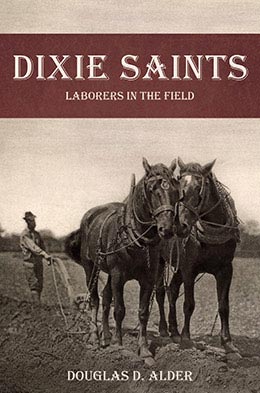 Laborers in the Field

Douglas D. Alder was born in Salt Lake City. He graduated from the University of Utah with a bachelor’s degree in history and German and a master’s degree in history and political science in 1959. He completed a PhD in modern European history at the University of Oregon, Eugene, in 1966, including a Fulbright Scholarship to the University of Vienna, Austria. He taught European history at Utah State University from 1963 to 1986, where he was director of the honors program. He completed an internship in higher education administration with the US Council of Education in 1973–74 at Indiana University, Bloomington. He became president of Dixie College in St. George, Utah, in 1986, and served until 1993, at which time he returned to teaching at the college.

Dr. Alder completed a mission in Austria for two and one-half years and has been a bishop twice in Logan, Utah, and on five high councils in various places he has lived. He was in the St. George Temple presidency from 1998 to 2001 and is a sealer there now. He currently teaches in the Road Scholar and Institute for Continued Learning (ICL) programs at Dixie State University.

He has served on the Utah Arts Council, Utah Humanities Council, Utah Historical Society, Mormon History Association, and local history organizations. He was the chair of the Washington County Library Board and is active in community affairs, including the St. George Book Festival and the Celebrity Concert Series. He has published academic articles on Austrian history, Utah history, social studies education, and Mormon history. He co-authored A History of Washington County for the Utah Statehood Centennial in 1996 and added an update in 2008. He is a founder of the “Historic St. George Live!” tours, which began in 1996 as a service in the community. He wrote A Century of Dixie State College of Utah to commemorate its centennial in 2011 and was one of three authors of All That Was Promised: The History of the St. George Temple. He compiled the Juanita Brooks Lecture Series entitled Honoring Juanita Brooks. He is married to Elaine Reiser, and they have four married children, twelve grandchildren, and three great-granddaughters.