Icelandic version of Fire on Ice: The Story of Icelandic Latter-day Saints at Home and Abroad 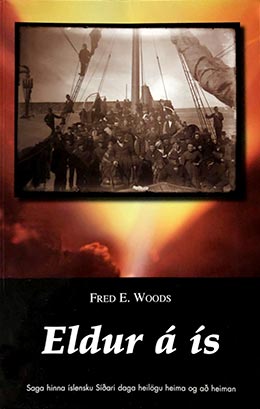 This is the Icelandic version of Fire on Ice.

Who were the first Icelanders to willingly leave their beloved homeland and immigrate to the United States of America? Many people are surprised to learn these immigrants were Latter-day Saint converts eager to gather to Utah, the nineteenth-century Zion in the West.

How did the message of the restored gospel come to Iceland, the land of fire and ice? What made converts adventurous enough to make this lengthy Utah journey by sail, rail, and trail, and what challenges did they encounter trying to assimilate into western American culture?

These and other queries are addressed in this work, published to mark a dual sesquicentennial commemoration: the arrival of the first Icelandic Latter-day Saints in Utah, and the earliest settlement of Icelanders in the United States.