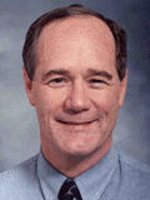 John S. Tanner began his academic career as an assistant professor at Florida State University, and he became a member of the BYU faculty in 1982. Tanner has focused much of his studies on John Milton. He wrote a book entitled Anxiety in Eden that received the Best Book Award from the Milton Society of America in 1992. Tanner was also a contributor to the Encyclopedia of Mormonism.

From 1992 to 1998, Tanner was the associate academic vice president for undergraduate and international education at BYU. In this capacity, he developed the Freshman Academy Program to better transition new freshman into BYU. He was also involved with developing BYU's current policy on academic freedom. Tanner also oversaw changes in BYU's general education requirements, including a reduction in the physical education requirement. In 2001, Paul Y. Hoskisson edited a volume entitled Historicity and the Latter-day Saint Scriptures that included a chapter by Tanner called “The World and the Word: History, Literature, and Scripture.”

From 1998 to 2003, Tanner served as the chair of the BYU English Department. In 2004, he was made the academic vice president of BYU. In 2011, he was called as president of the Brazil São Paulo South Mission.

On 12 May 2015, it was announced that Tanner would be the president of BYU–Hawaii. He currently serves in that capacity.