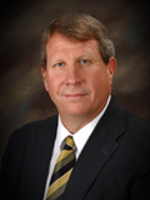 Bruce K. Satterfield has been a professor for ten years in the Department of Religious Studies at Brigham Young University–Idaho, where he teaches Old and New Testament. He also teaches Biblical Hebrew in the honors program. Brother Satterfield did his undergraduate and graduate work in the United States and the Middle East. His education has centered in Biblical studies, and he received degrees in anthropology, archaeology, and ancient Near (or Middle) East studies. As part of his studies, he was trained in Biblical Hebrew and New Testament Greek. Though much of his education was done in Israel, Brother Satterfield also studied and researched in many countries in the Middle East and Europe. He has led many tours throughout Europe and the Middle East, and he also presents seminars on the Old and New Testament in Israel for tour groups on a regular basis. Brother Satterfield taught seminary and institute in the Church Educational System for ten years, fulfilling various assignments in Arizona and Idaho. Recently, Brother Satterfield was a faculty member at BYU's Jerusalem Center for Near Eastern Studies.