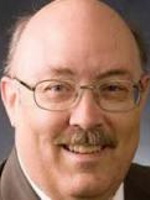 Daniel C. Peterson, a native of southern California, received a bachelor’s degree in Greek and philosophy from Brigham Young University (BYU) and, after several years of study in Jerusalem and Cairo, earned his PhD in Near Eastern Languages and Cultures from the University of California at Los Angeles (UCLA). Dr. Peterson is a professor of Islamic Studies and Arabic at BYU, where he teaches many classes, among them Arabic language and literature at all levels, Islamic philosophy, and Islamic culture and civilization. He also served as editor-in-chief of BYU's Middle Eastern Texts Initiative. He is a former member of the Neal A. Maxwell Institute for Religious Scholarship at BYU. Peterson is the first and current editor of Interpreter: A Journal of Mormon Scripture.