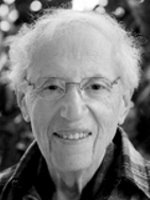 Jacob Milgrom was a prominent American Jewish Bible scholar and conservative rabbi, best known for his comprehensive Torah commentaries and work on the Dead Sea Scrolls. Jacob Milgrom spent most of his career at the University of California, Berkeley, where he headed the Department of Near Eastern Studies. He was known for his research on Biblical purity laws and considered the world's leading expert on Leviticus. After retiring in 1994, he and his wife Jo immigrated to Israel. He passed away in Jerusalem in June 2010.