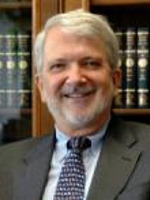 Michael W. Holmer was a trial attorney and independent historian when this was written. He has published studies concerning Mormonism in Italy as well as other subjects including seven books and seventy articles. His book On the Way to Somewhere Else: European Sojourners in the Mormon West, 1834-1930 (published by the Univeristy of Utah Press) that includes accounts of some Italian travelers including Mormon converts was awarded the Mormon History Association's Steven Christensen Best Documentary Book Award. He has also received the Utah State Historical Society's Meritorious Book Award; Dialogue's Lowell L. Binnion Editor's Award; the Mormon History Association's T. Edgar Lyon Award of Excellence; the John Whitmer Historical Association Best Article Award; and the Arthur Conan Doyle Society's David Kirby Best Article Award. He served as a member (1997-2014) and chair (2003-14) of the Board of State History. He is a fellow of the Utah State Historical Society; the Honorary Italian Consul of Utah; chair of the J. Willard Marriott Library Advisory Board University of Utah; a board member of The Leonardo (a museum inspired by Leonardo da Vinci) and is investitured in the Baker Street Irregulars.