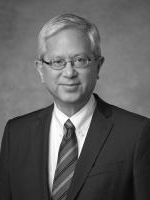 Elder Gerrit W. Gong was born in California in December of 1953. He married his wife, Susan Lindsay, in January of 1980. Elder Gong received a bachelor or arts degree from Brigham Young University as well as a master of philosophy and a PhD of international relations from Oxford University. Over the years he was worked as special assistant  to the undersecretary of state at the U.S. Department, special assistant to the U.S. ambassador in Beijing, China, and in several positions at the Center for Strategic and International Studies in Washington, D.C. Elder Gong was sustained as a General Authority Seventy for the Church of Jesus Christ of Latter-day Saints on April 3 2010. He was serving as a member of the Presidency of the Seventy when this was written.