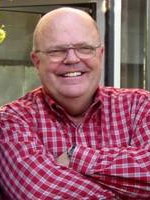 Ted Gibbons has been a teacher in the Seminaries and Institutes of the Church for over thirty-five years. When this was written, he was teaching at the Institute adjacent to Utah Valley University.  He published several works of fiction, non-fiction, poetry, and the lyrics of several of musical pieces including some presented by the Tabernacle Choir.  He has performed his one-man stage production, Sealing the Testimony: Willard Richards’ Eyewitness Account of the Martyrdom, about two thousand times in the United States and Mexico.  His photos have appeared as a series of fine art prints, and on the covers of books, magazines, and musical productions, and in strategic places in several family photo albums. Ted and his wife, Lydia, are the parents of twelve, and the grandparents of thirty-two.