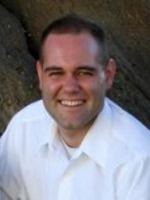 Stephen J. Fleming is a scholar and author in religious studies.

He and his wife, Lee, are the parents of four children.