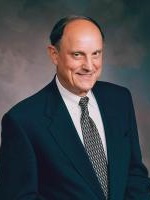 Charles Amand Didier is an emeritus member of the First Quorum of the Seventy of The Church of Jesus Christ of Latter-day Saints. A native French speaker, Didier was the first European resident to have been called as a General Authority in the history of the church. Prior to his call as a General Authority, Didier was the president of the France-Switzerland Mission of the church and a regional representative for the Twelve Apostles. In October 1975, Church President Spencer W. Kimball asked Didier to become a member of the First Quorum of the Seventy, a full-time ecclesiastical position.

In 1984, when the first area presidencies in the church were created, Didier was made president of the South America North Area, which included Brazil and the Spanish-speaking nations of South American from Perunorth. On 15 August 1992, Didier became one of the seven presidents of the Seventy; he served in this position until 15 August 1995, simultaneously serving as the general president of the Church Sunday School program in 1994 and 1995. In 2001, Didier was again called to serve in the Presidency of the Seventy. Until his second release from the Presidency of the Seventy in 2007, Didier's responsibilities included overseeing the area seventies in the North America Southwest Area of the church. In 2007, Didier was assigned as president of the newly consolidated Brazil Area of the church. Didier was made an emeritus General Authority in the October 2009 general conference.